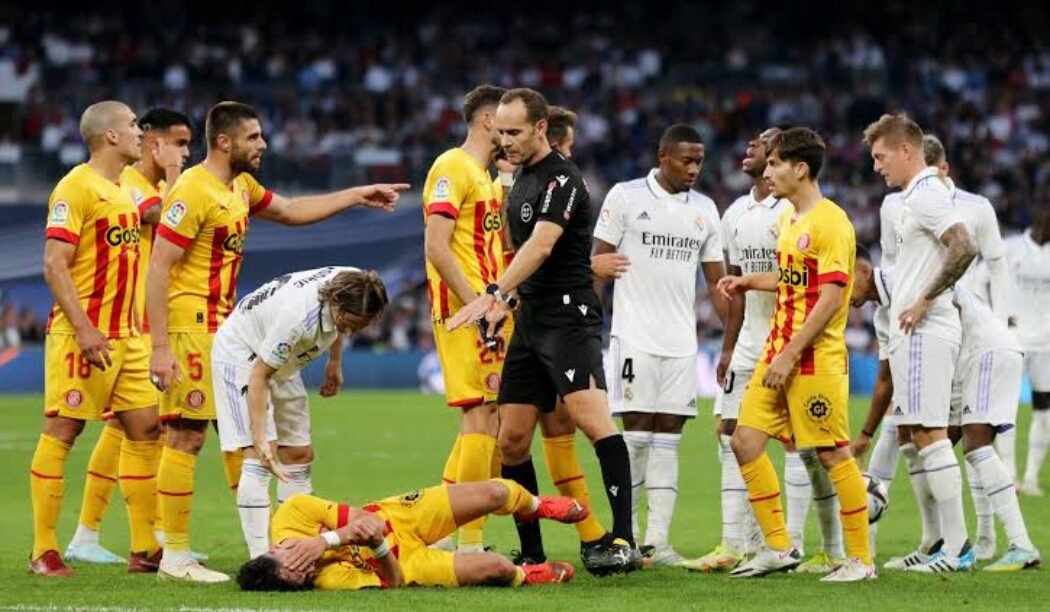 Real Madrid boss Carlo Ancelotti was not happy after their 1-1 draw with Girona on Sunday.

Winger Vinicius Junior fired Real ahead at the Santiago Bernabeu in the 70th minute, before Cristhian Stuani netted from the spot 10 minutes later to level, when Marco Asensio had handled a shot.

Toni Kroos was sent off in stoppage time, his first red card in his career.

“The second move is more open for debate. If the goalkeeper gets the ball in his hand, you can blow the whistle, or not. I won’t talk about that one. I’m most surprised by the penalty. It came at a crucial time because the game was all but wrapped up. We struggled to score goals, we didn’t play brilliant football and we found it tough to win the ball back. We had the chance to make it 2-0 through Asensio. This situation has cost us two points in the table.

“We could have scored in other moments. This episode impacted the game. We could have played differently, been more convincing, aggressive, quicker, but it’s tough at this stage of the season to deliver a high level. It was a difficult game. Through our hard work, the game looked to be going in our favour.”

He added, “We’re not at the level we showed last season due to a few issues. We’ve got injured players coming back but they haven’t played much: Kroos, Modric, Rodrygo, Valverde, Tchouameni was out. We’re dealing with all of that right now. We have an awful lot of games, it’s a tough spell which hasn’t affected us too much yet. On Wednesday we could finish top of the group. Everything is still in our hand.”