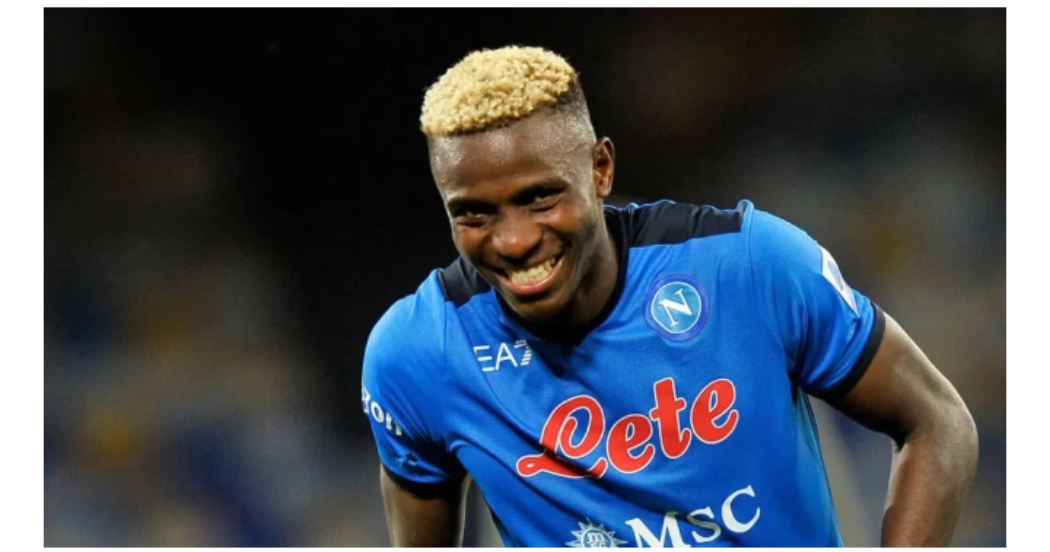 The 23-year-old Nigerian’s future has been a subject of speculation as a result of his decent form since the start of the 2022/23 season having scored 10 goals in 14 appearances across all competitions this season.

Top clubs including, Manchester United, Liverpool and Newcastle have reportedly shown interest in signing the prolific goal scorer, but Napoli are not willing to sell him in January and are set to offer him a lucrative contract at the end of the season.

According to La Gazzetta Dello Sport, Napoli could use a clause in the Stability Decree to raise Osimhen’s salary and ward off interest from Manchester United and Newcastle and other top clubs vying for the former Lille man’s signature.

“This is not the time to discuss renewal, but we are trying to create the conditions to be able to talk about it, perhaps in late spring when the season will be defined and we will prepare for a long summer on the transfer market,” La Gazzetta dello Sport said, as reported by Tutton Napoli.

Osimhen’s contract expires in 2025 and the Serie A leaders want to use a clause in the ‘Stability Decree’ to raise his salary, avoiding a financial burden for the club.

“In the Napoli renewal plan, there is also the extension of Victor Osimhen ‘s contract. Grown more than ever this year, interest has already rained down on him, from the Premier League and beyond. The Nigerian still has a long contract, expiring in June 2025, but Napoli could continue.

“Currently the forward earns 4.5m euro net plus bonuses, a figure that is still sustainable even in the new Napoli project – which provides for salaries that do not go beyond 3.5m net, i.e. almost seven gross – for a technicality.”