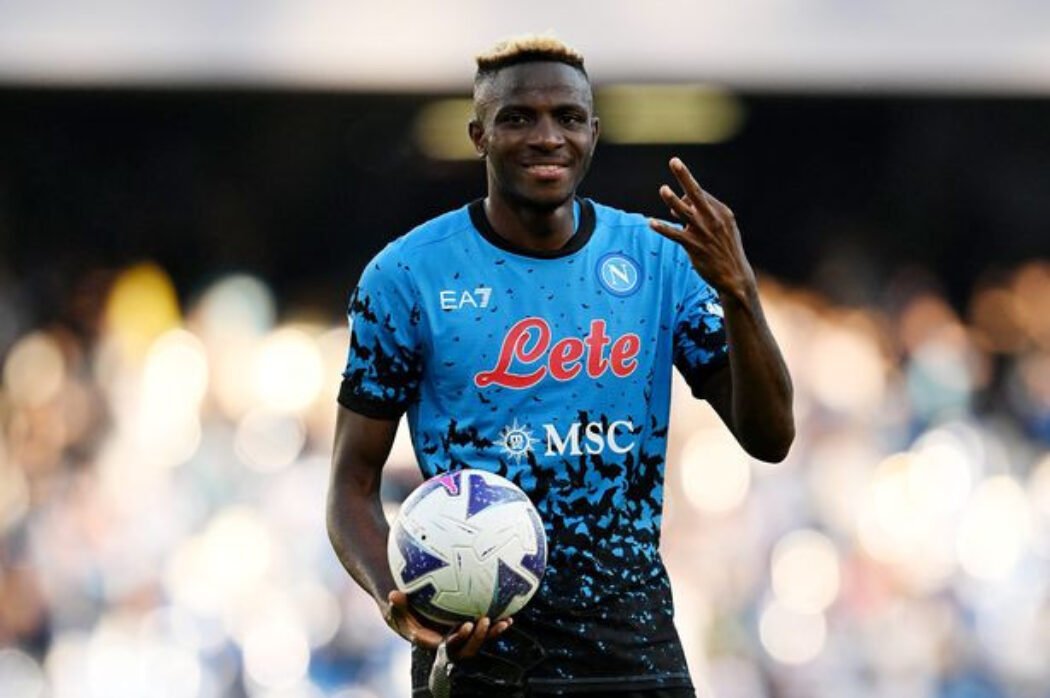 Super Eagles and Napoli talisman, Victor Osimhen, has been ranked the fourth best striker in Europe’s top five leagues so far this term.

Osimhen has scored seven goals in eight league appearances so far averaging a goal every 93 minutes in the Serie A despite being out for five weeks due to a hamstring problem.

The 23-year-old is behind the trio of Erling Haaland, Robert Lewandowski, and Kylian Mbappe.

The Norwegian striker, Haaland, who joined Premier League champions Manchester City in a deal worth £51.5m, is rated as the most prolific striker in Europe so far this term according to Corriere dello Sport.

Haaland has scored 17 goals in his first 11 EPL games and has averaged a goal every 55 minutes. Barcelona’s Robert Lewandowski is rated as the second most prolific player in Europe having scored 13 goals in 12 games. The Poland striker scores a goal in every 73 minutes played in the LaLiga.

In the fifth position is Terem Moffi who has notched up eight goals in 12 Ligue 1 games.

The Nigeria international averages a goal in every 108 minutes for Lorient who sit fourth in the French topflight log with 27 points from 13 games.

Fulham’s Aleksandar Mitrovic is seventh in the log. The Serbian striker has averaged a goal every 114 minutes in the EPL so far this term. He has scored nine times in 12 league games in Premier League.

Tottenham’s Harry Kane is ranked eighth having scored 10 goals in 13 games averaging a goal every 116 minutes.