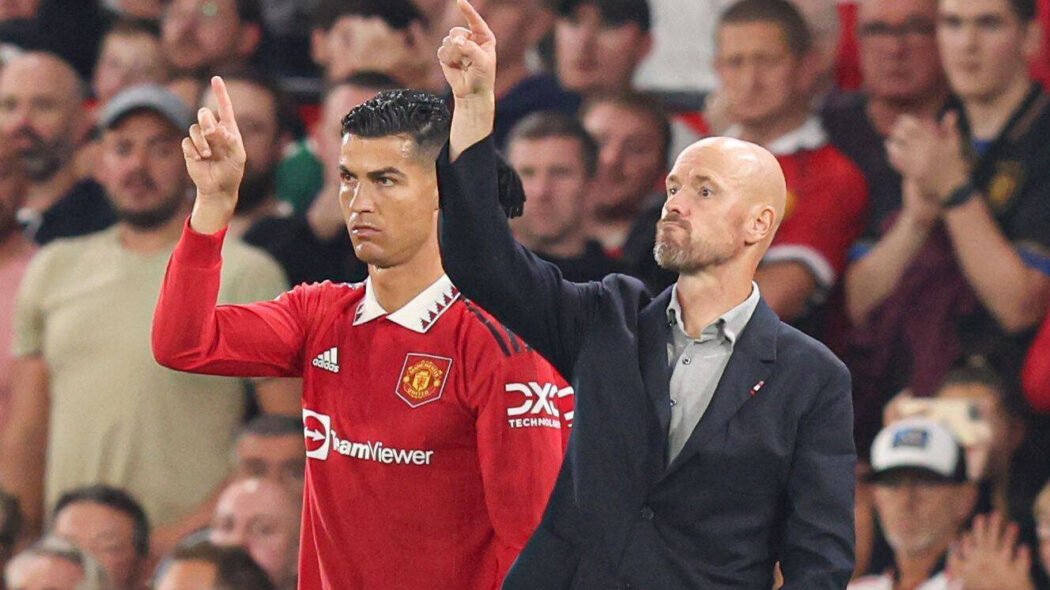 Superstar forward, Cristiano Ronaldo has returned to Manchester United’s first-team after drawing a line under his spat with boss Erik ten Hag.

Ronaldo had been training solo since being suspended from the first-team squad after refusing to come on as a substitute against Tottenham last week.

The Portuguese striker rejected a request to go on with five minutes to go and stormed down the tunnel at Old Trafford before the full-time whistle during their 2-0 win over Antonio Conte’s side on Wednesday.

Ten Hag and Ronaldo held clear-the-air talks today with the outcome a positive one. As a result, the five-time Ballon d’Or winner is now in contention to play at home to Sheriff Tiraspol in the Europa League on Thursday night.