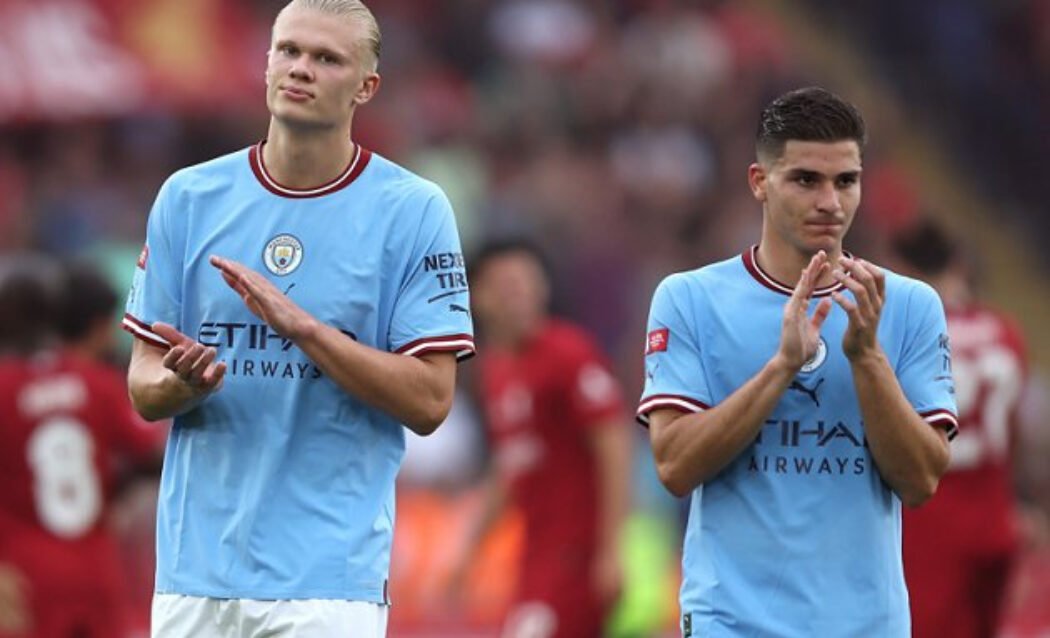 Manchester City new signing Julian Alvarez believes that playing second option to Erling Haaland can be good for his career.

The Argentina international has been content with a spot on City’s bench for most of their Premier League matches this campaign.

While the 22-year-old forward wants to make his own mark in the Premier League, he accepts being behind Haaland in the pecking order at present.

“First and foremost it’s a privilege playing with him, because it’s always great to play alongside the best in the world,” said Alvarez.

“I’ve played with him and without him and I think we can learn from each other both ways.

“I like how he always wants to bring the best to the team. We’re very different players, but people have to adapt to different types of play and different styles when players line up. I like to occupy different positions on the pitch.

“I’m used to these types of situations, but I trust in myself and in my own ability and know the other players trust me as well. It’s important that however way we can, we win.”

On game time, Alvarez said: “That’s how things are, but you have to accept it. Where I played before, there haven’t been many of them, but at River Plate I had times when I wasn’t playing as regularly, and in the national team I don’t play all the time.

“But I try and train as hard as I can, so I’m ready and able to help the team with my qualities, technique and style, and hopefully do what the coaches ask of me.”