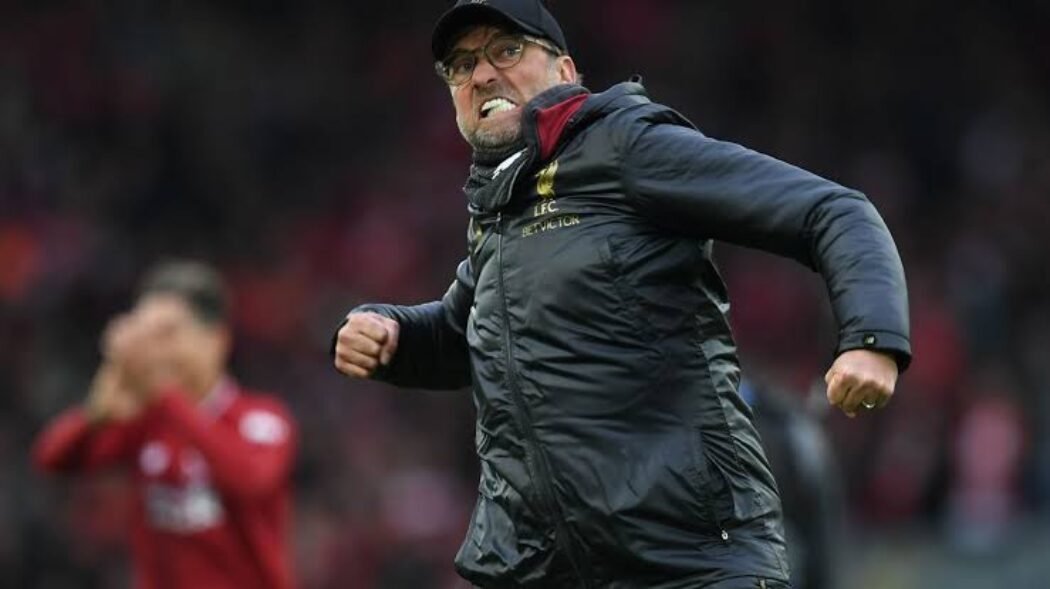 Liverpool manager Jurgen Klopp has opened up on his exuberant full-time celebrations against Tottenham.

The Reds boss was at his passionate best throughout the Premier League tie away from home on Sunday.

The Reds grabbed a vital 2-1 win through a Mohamed Salah double, despite a late Harry Kane strike for Spurs.

Post-game, Klopp told club media: “Yeah. It was not my plan actually, I didn’t want to do it but I got carried away and I thought the people deserved a little bit [after] tough times, they had now to travel a lot in the Premier League until they saw the first three points. So yeah, I got a bit carried away but it was big, absolutely big. Before that final whistle I would not have been able to do that because I was really knackered, it was tough, a really tough game for everybody. Brilliant first half, a really, really good first half. Good football, controlled, top goals, world-class goals, and then we all know, Tottenham is coming back.

“[They] take a lot of risk, become in these moments pretty direct, switched the side, cross the ball early and that makes life then really difficult because you cannot defend these situations all clear. There are a lot of second-ball fights. We had our counter-attacking moments, we were not precise enough in these moments, it would have been massive. There was a couple of moments when it was counter, counter, counter pretty much. If you can score there the third it obviously changes the whole game but we couldn’t. Then Tottenham scores their goal, which was really well played, and we had to keep fighting. We did that and I liked that and people who follow us a little bit longer know in our best spells, if you want to win an away game this is completely the normal way to do it and I am really happy about it tonight.”