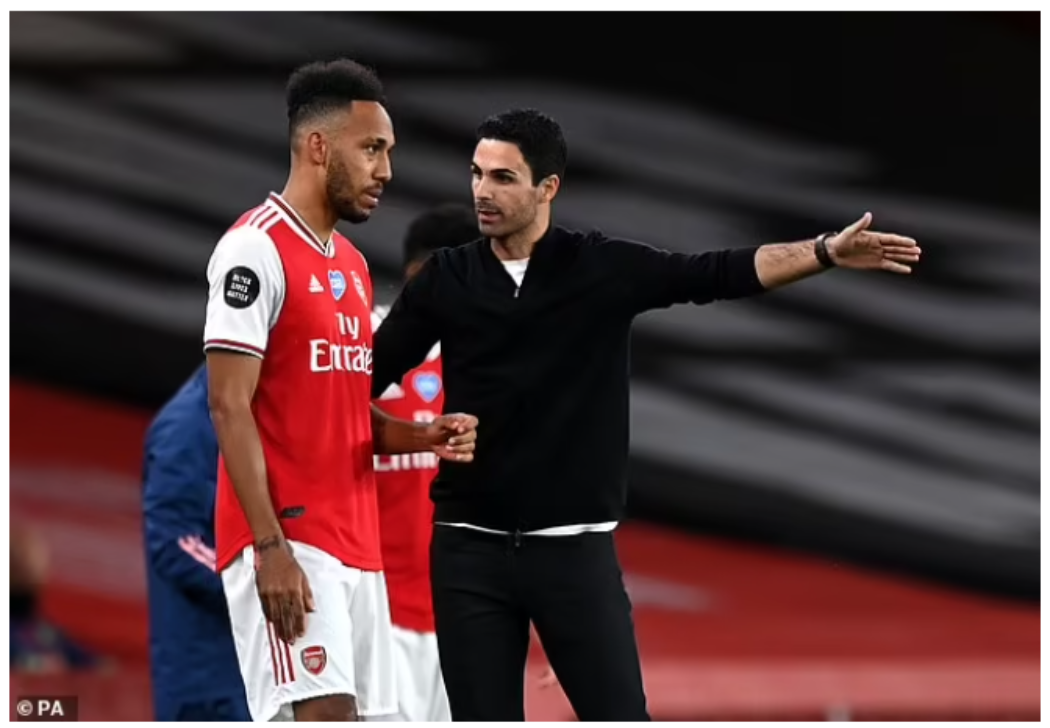 The Gabonese player, who joined Chelsea during the summer transfer window, fell out with Arteta at the Gunners, where he spent four years in north London, netting 92 goals in 163 games. This included just over two years with Arteta at the helm but his final few months at the club turned sour as the Spaniard sacked Aubameyang as captain due to several disciplinary issues.

The fall-out led the Gunners to terminate the forward’s contract in February before he secured a move to Barcelona, and later move back to England to join Chelsea.

Reflecting on his Arsenal exit, Aubameyang took a swipe at Arteta’s management style.

‘I remember they [Barcelona] first called my father,’ Aubameyang told A Jewellers.

‘We knew the coach, Xavi, then he called me and said there is an opportunity because you have those problems with Arsenal, but if you come you will help us a lot, so I said, ‘okay’.

‘But to manage big characters or big players, he (Arteta) can’t deal with it.

‘He (Arteta) needs some young players, they don’t say anything, they listen.’

Aubameyang only spent six months with Barcelona, netting 13 times in 24 games for the club.

Aubameyang has started well for Graham Potter’s side, netting twice in four games so far.