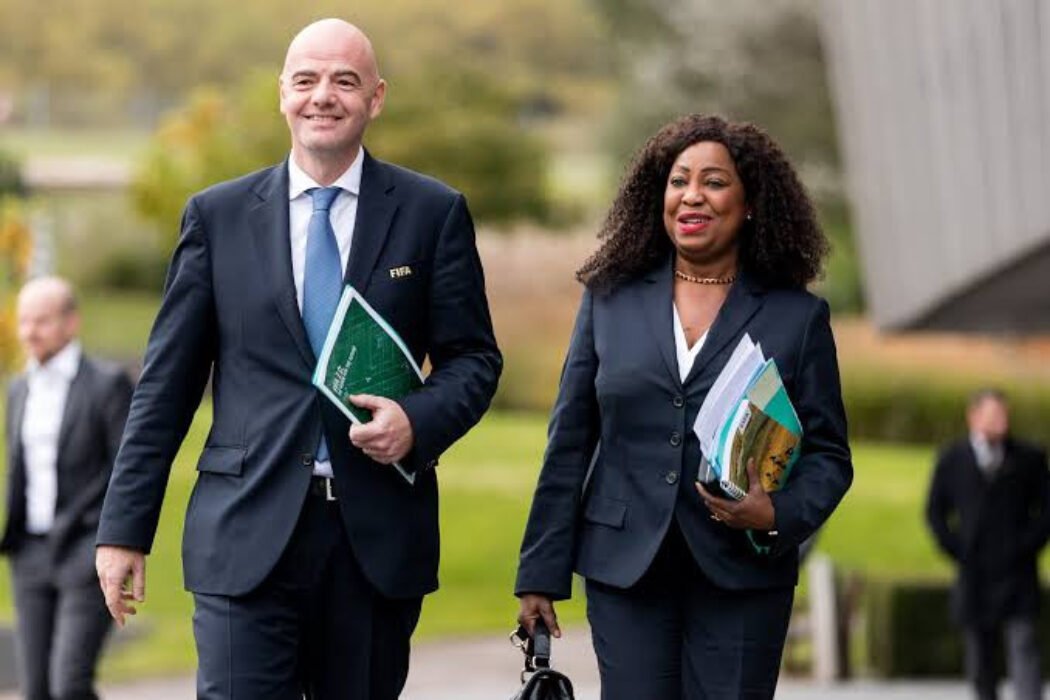 FIFA top officials, Gianni Infantino and Fatma Samoura have forwarded a letter to all 32 nations participating in the World Cup, urging them to stick to football when the tournament begins.

The build-up to the competition, which takes place in Qatar on November 20, has been overshadowed by growing concerns about the Islamic nation’s human rights record as thousands of migrant workers have allegedly lost their lives whilst building the infrastructure for the tournament, as well as homosexuality being banned in Qatar.

Footballing nations around the world are now under pressure to use the tournament to highlight the issues that have shrouded the lead up to the World Cup.

According to a new report by Sportsmail, FIFA president Infantino and general secretary Samoura have signed a letter that has been sent to all participating nations asking for everyone involved to enjoy the festival of football and not to focus on the ‘non-footballing’ issues.

In the letter FIFA stated that it is not a political organisation and are not in a position to moralise and judge.

An excerpt of the letter reads: ‘Everyone is welcome regardless of origin, background, religion, gender, sexual orientation, or nationality.’

Earlier this week Liverpool manager Jurgen Klopp echoed similar sentiments, saying: ‘I don’t like that we expect [the players] now to do something. They go there to play football.

‘It’s not about this generation’s players to say now that ‘we don’t go, or we don’t do that’.

‘The decision [to hold the tournament in Qatar] was made by other people, and if you want to criticise anybody, criticise the people who made the decision.