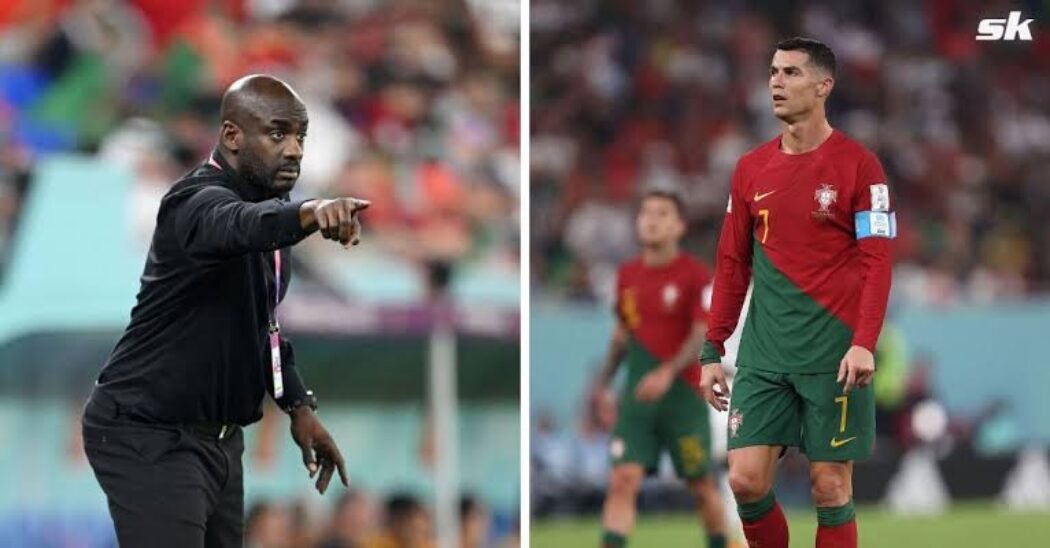 Ronaldo, who had earlier missed two clear opportunities and had a goal ruled out, won his penalty in the second half.

With Southampton man Mohammed Salisu in close attendance, Ronaldo hit the deck and the American referee pointed to the spot, which he stepped up and converted.

Addo told BeIN Sport: “The referee gave a penalty which was not a penalty – everyone saw that. Why? Because it’s Ronaldo or something?”

Asked by a journalist in the post-match news conference if the penalty was given because Ronaldo is a superstar, Addo replied: “Ask the referee.

“I have no proof if he would have decided differently for someone else. There was a contact of players. I don’t know what they were doing, was VAR not paying attention?

“The referee was not in our favour today.”