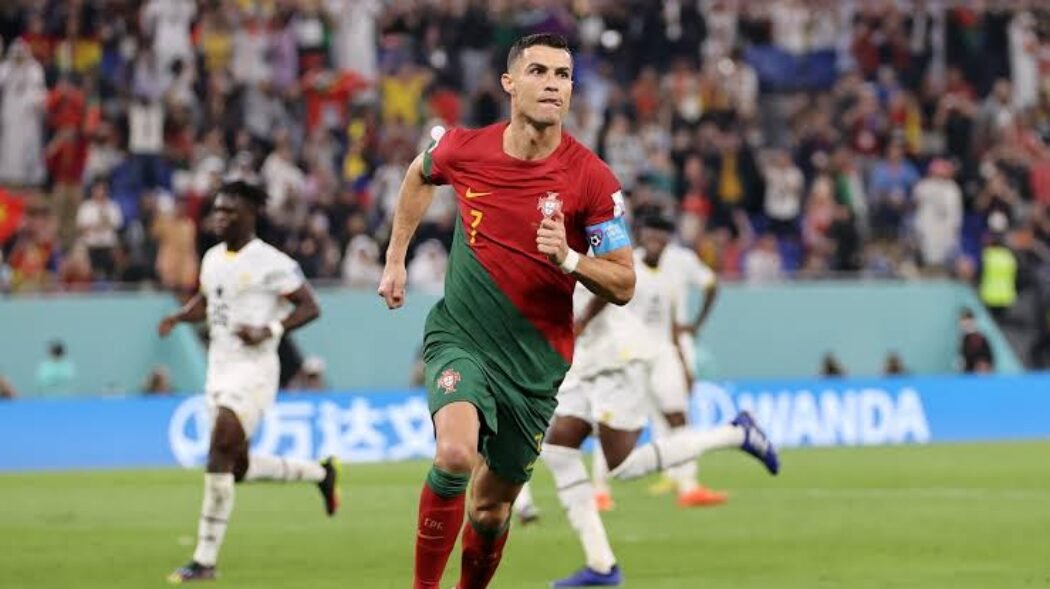 History was witnessed in Qatar as Cristiano Ronaldo became the first player to score at five different World Cups after Portugal’s 3-2 victory over Ghana gave the 2016 European champions the perfect start to this competition.

The goal and outcome of the game will be a welcome distraction from the off-field issues that has clouded Ronaldo’s build-up to the mundial.

He was scathing of Manchester United and manager Erik ten Hag in an interview with TalkTV last week and subsequently left the club by ‘mutual agreement’.

“It was a week that finishes the chapter, it’s closed. We won and I could help the team – the rest does not matter,” Ronaldo said after the game.

“This was a beautiful moment, my fifth World Cup,

“We won, we started on our good foot and it is a very important win. The first match is crucial in these tournaments.

“The first player to score goals at five World Cups, this makes me very proud.”

The 37 year-old, who had earlier missed two big chances and had a goal ruled out, saw his big moment come in the second half.

With Southampton defender Mohammed Salisu in close attendance, Ronaldo hit the deck and the American referee pointed to the spot, which he stepped up to convert with aplomb.

Ronaldo darted off to the corner flag to perform his famous celebration, jumping and spinning round with ‘Siuuuu’ ringing around the stadium.

“Cristiano Ronaldo is a phenomenon, a legend like many who have comes and gone before. In 50 years’ time, we will continue to speak about him.”

Ronaldo was given a standing ovation when replaced by Goncalo Ramos with three minutes remaining and watched on aghast as Ghana’s Osman Bukari scored for Ghana and performed his celebration.