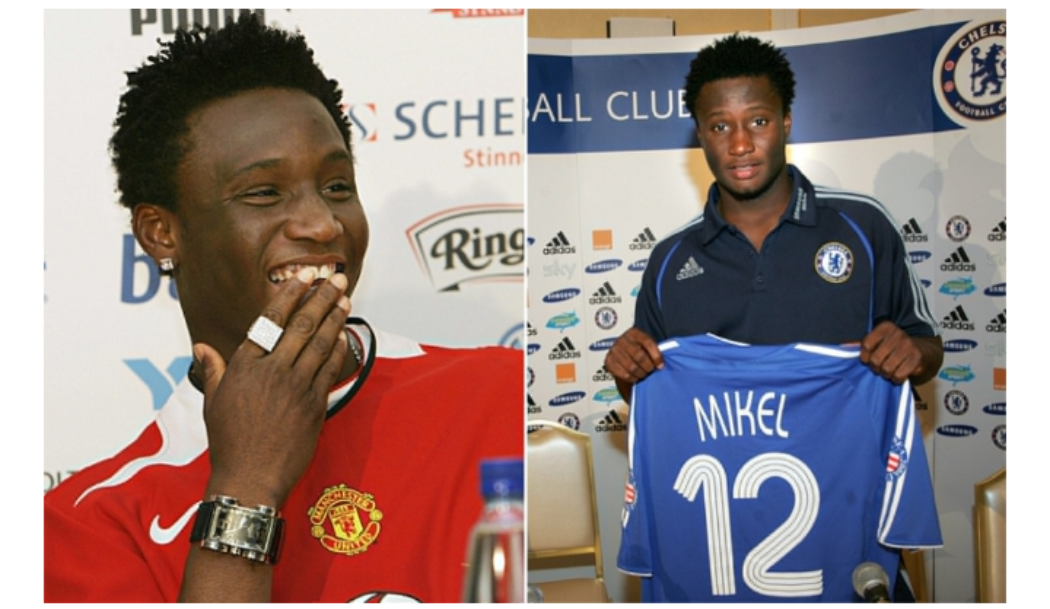 Former Super Eagles captain, Mikel Obi has revealed that picking Chelsea over Manchester United during his controversial transfer in 2006 was the “best decision” of his career.

Recall that the midfielder, who retired last week at the age of 35, was the subject of a bitter dispute between the Red Devils and the Blues in 2005, before signing for the London club the following year.

Despite initially signing for the Manchester side from Norwegian club Lyn Oslo,Mikel made a U-turn and moved to London.

Mikel became one of the club’s most decorated players, winning the Champions League, Europa League, two Premier Leagues, two League Cups, and four FA Cups in an 11-year spell which ended when he left Stamford Bridge in 2017.

Speaking with BBC Sport Africa, Mikel said: “I don’t regret any decision I made because I enjoyed everything I achieved at Chelsea – it’s the best decision I have ever made in my life.”

“I signed a pre-contract for Manchester United when I was 17. If you are a kid and you see Sir Alex Ferguson right in front of you with the contract, of course you will be tempted.”