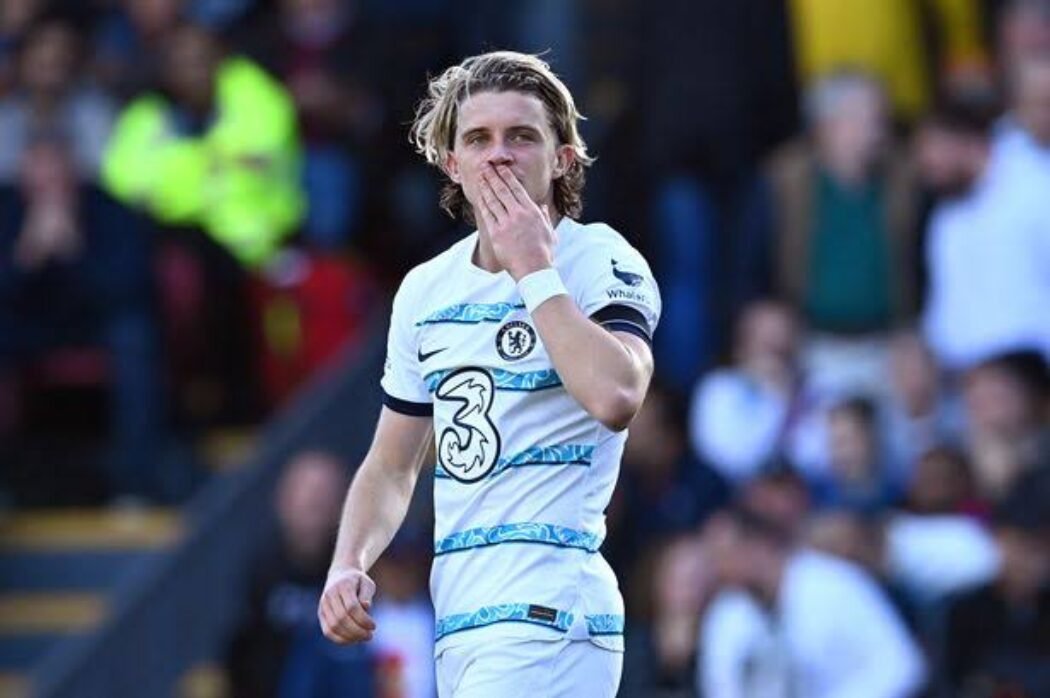 Gallagher proved the matchwinner in victory at Crystal Palace.

Potter said: “We’ve got a really intense period – 12 games in six-and-a-half-weeks, something like that. We need everybody; it’s impossible to play with 11 players. So Conor will get his time, will get his chances, his opportunities to perform.

“We have to try and help the team perform in a good way so all individuals can play well in it, and then who knows – that [Gallagher getting back into the England squad] is something out of my control.

“I hope it’s the start of a very successful Chelsea career. He is a young player, you can see the influence he had at Crystal Palace last year but it’s another step, a different step.

“Like anything you have to adapt, maybe the team hasn’t functioned as well as is optimal for any player.

“All the players maybe haven’t performed as they would have liked to, but that’s the work and what we would like to do.

“I really like him. He’s a fantastic kid, first of all, gives everything every day. Desperate to do well, desperate to play for Chelsea, desperate to be successful here, so that’s a great starting point. You’re not going to get anyone better than him in terms of wanting to do well.

“Then it’s about finding the right balance for him in the team, the team to perform maximally helps all the players. But in terms of Conor as a person he has been A1.”