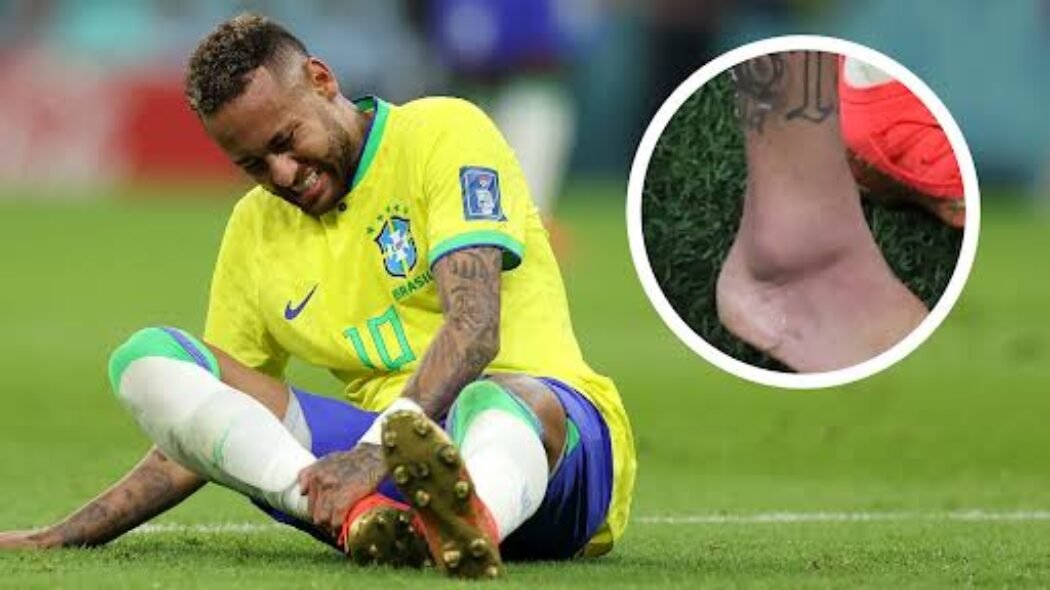 Brazil have been hit with a major injury blow for Neymar following their World Cup win against Serbia.

Neymar was pulled out with a sprained ankle during his team’s victory over Serbia.

The PSG star was substituted in the 80th minute and looked emotional on the bench as he watched his team see out a 2-0 victory.

Brazil’s team doctor Rodrigo Lasmar says that it will be 24-48 hours before the severity of the injury can be determined.

A picture of Neymar with his boot off showed severe swelling on his ankle.

The 30-year-old was injured following a challenge from Serbia defender Nikola Milenkovic.

Brazil won their opening group game courtesy of a brace from Richarlison.