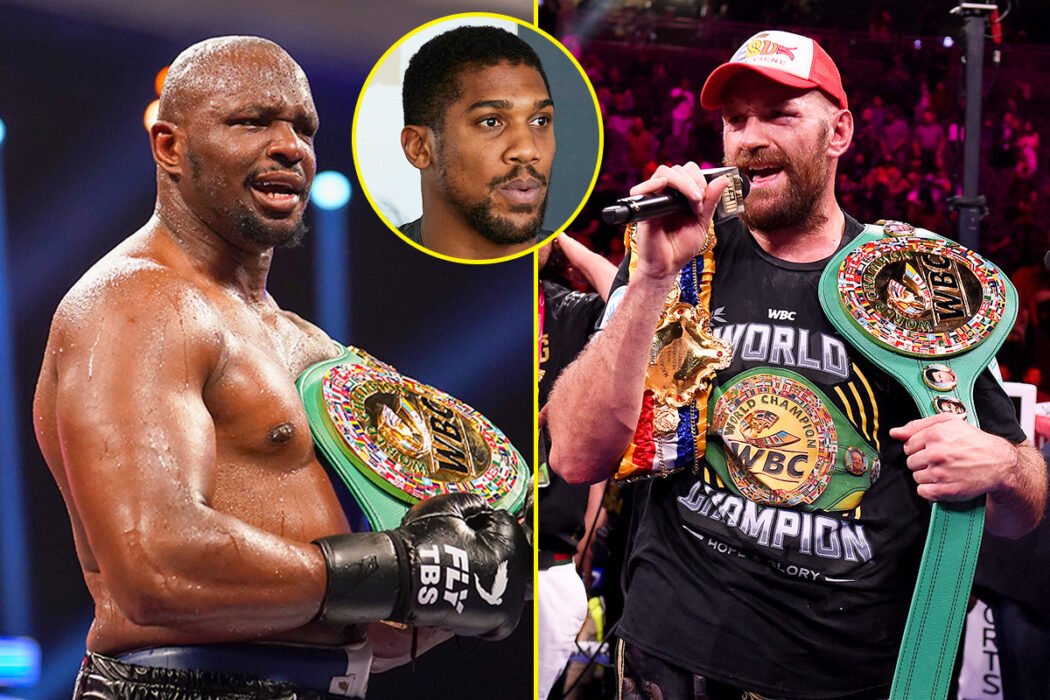 Dillian Whyte has officially declared himself fit and ready to ‘step up’ and challenge Anthony Joshua in December after Tyson Fury made it known that a Battle of Britain with long-term rival AJ was now off.

Fury made the announcement on Monday, September 26, that he will not go ahead with the fight with heavyweight rival Joshua after his fellow Brit missed a deadline of 5pm on Monday to sign the contract.

‘It’s gone past 5 o’clock [on] Monday, no contract has been signed. It’s officially over for Joshua. He is now out in the cold with the wolfpack. Forget about it.

‘Idiot, coward, s*** house bodybuilder. Always knew it, always knew you didn’t have the minerals to fight the Gypsy King.

‘Regardless of what the f*** you say now, I don’t really care. Good luck with your career and your life. End of.’

Following Fury’s announcement, Dillian Whyte declared himself ready to step up and fight Joshua instead.

If the Fury fight doesn’t get made with Joshua then me and him can fight in December if he wants,’ Whyte told Sky Sports.

‘He’s training for it, he’s ready for it, he’s willing to take Fury on so if that fight doesn’t get made I’ll step up and take the fight with Joshua. That would be a great fight.’