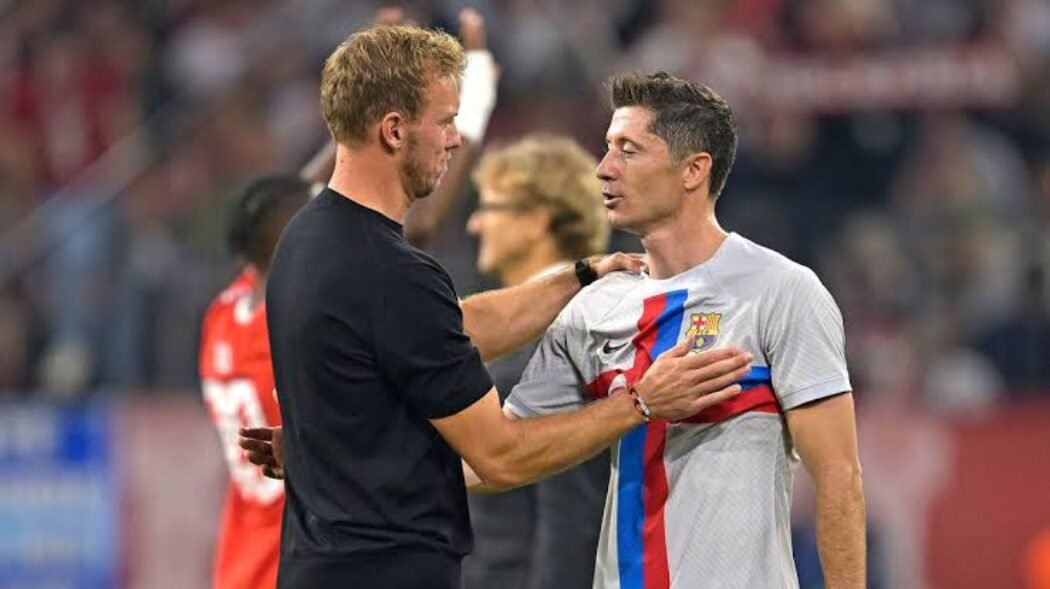 Bayern Munich coach Julian Nagelsmann was pleased with their finishing for victory over Barcelona.

Nagelsmann said, “We have to be honest, in the first half we didn’t find the game and Barça created more chances for us.

“But in the second half, we played better and with more speed. We have scored goals and we have had more effectiveness than them.”

Nagelsmann was also asked about Robert Lewandowski’s performance on the night.

He added: “He has not scored and that is positive; he has been found to be dangerous. I have greeted him, but I am no longer his coach, the one who has to talk about him is Xavi.”