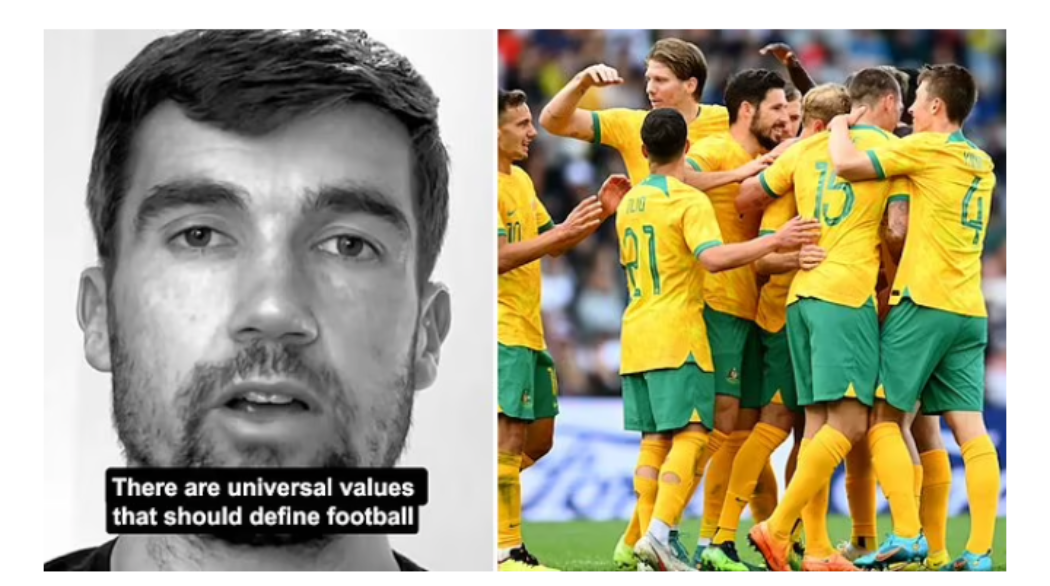 Australia’s Socceroos have publicly blasted Qatar ahead of next month’s World Cup following the deaths of up to 6,500 foreign workers building stadiums for the event and laws that make being gay illegal.

They are the first FIFA World Cup squad to release a statement of protest, where they also highlighted the ongoing ‘suffering’ of local workers ahead of the sporting event.

The video message, delivered by 16 players, has the support of Football Australia, who released their own statement on the matter.

FA insist the ‘suffering’ of workers and their families stemming from the tournament ‘cannot be ignored.’

‘We stand with FIFPro, the Building and Wood Workers International, and the International Trade Union Confederation, seeking to embed reforms and establish a lasting legacy in Qatar,’ the video outlines.

‘This must include establishing a migrant resource centre, effective remedy for those who have been denied their rights, and the decriminalisation of all same-sex relationships.

‘These are the basic rights that should be afforded to all and will ensure continued progress in Qatar … [and] a legacy that goes well beyond the final whistle of the 2022 FIFA World Cup.’

A message from the Socceroos. pic.twitter.com/Sd2R6ej8kK

The players’ statement was made following a series of briefings with numerous authorities over the past 12 months, including FIFA and Qatar’s Supreme Committee for Legacy and Development, the Sydney Morning Herald reports.

The World Cup kicks off on November 20 in Doha in the the oil-rich, highly conservative Middle Eastern state.