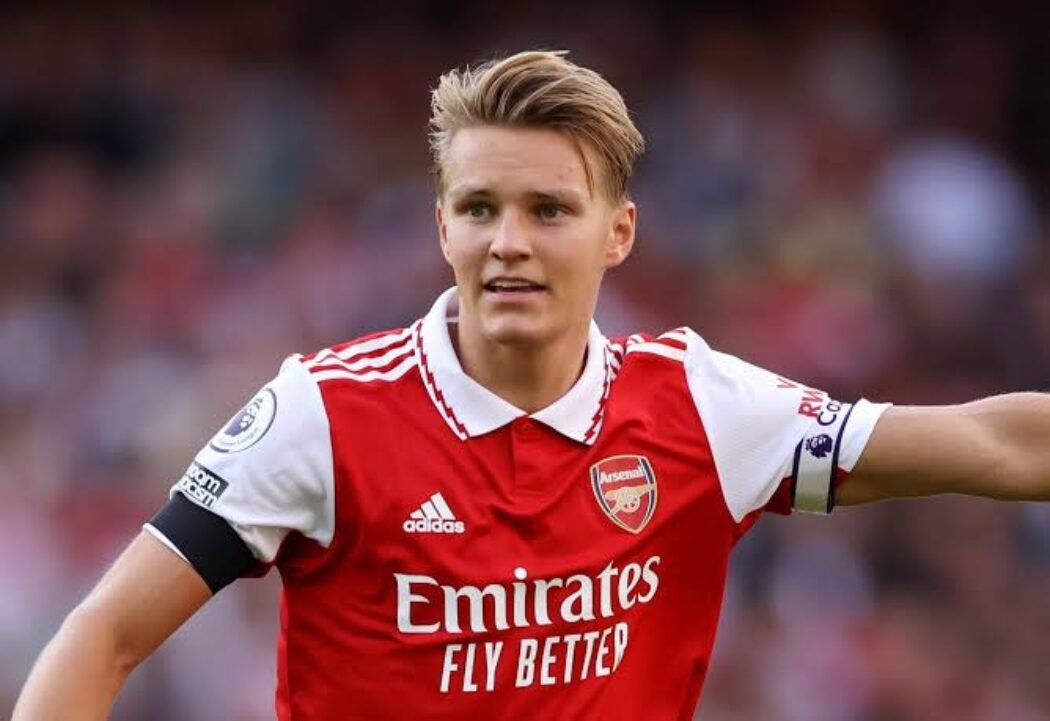 Arsenal manager Mikel Arteta was delighted with attacking duo Bukayo Saka and Martin Odegaard after their win over Liverpool.

The young winger stepped up to score a crucial penalty to give his side the 3-2 lead that ultimately gave them all three points.

Odegaard was also influential throughout the contest, grabbing an assist in the game at the Emirates Stadium on Sunday.

Post-game, Arteta told reporters on Saka: “Yeah, that was a difficult moment, that was an incredible learning curve for him in his career [missing penalty with England at Euro 2020]. That’s the way he took it.

“Everybody around him helped to do that starting with the England national team with Gareth [Southgate] and everybody and how supportive they were. The boy didn’t hesitate to continue because he believes he can take them and under pressure he really enjoys that responsibility.”

He then added on Odegaard: “Great. The way he put the ball to Martinelli in the first minute of the game to make the game in our favour was great. I’m really pleased with the way Martin is playing.”