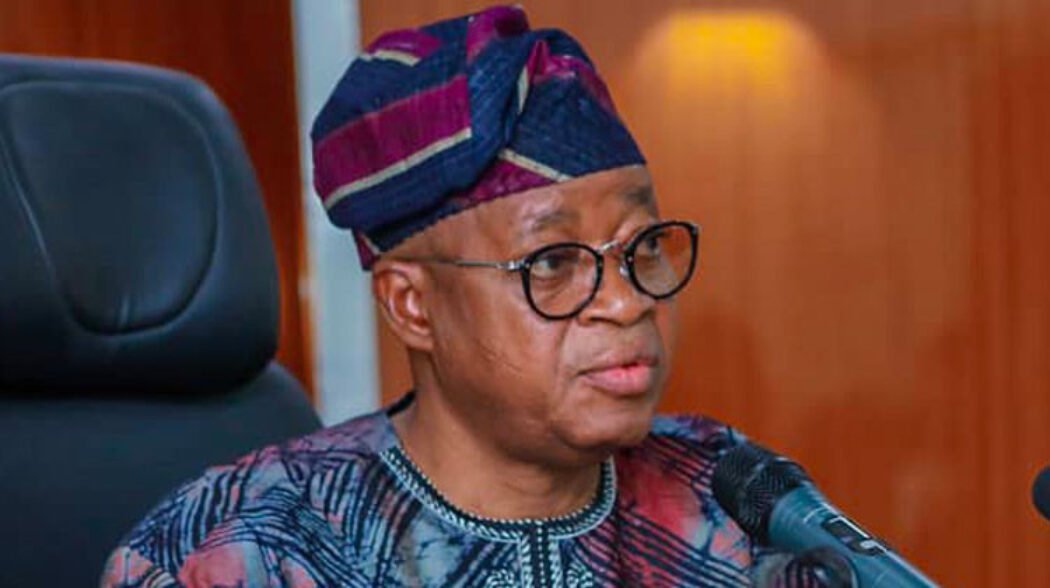 The Federal High Court sitting in Abuja has nullified the nomination of Governor Isiaka Oyetola and his Deputy Governorship candidate, Benedict Alabi on the grounds that Governor Mai Mala Buni who submitted their names to INEC, violated the provisions of Section 183 of the Constitution of the Federal Republic of Nigeria and Section 82(3) of the Electoral Act 2022.

The verdict was given on Friday, September 30, in a suit filed by a member of the party, Kehinde Ogunwumiju (SAN), challenging the nomination and sponsorship of Governor Isiaka Oyetola and his deputy as the duly nominated candidates of the All Progressives Congress (APC).

In challenging the competence of the suit, Mr Kunle Adegoke (SAN) who represented Governor Isiaka Oyetola contended, among other grounds that the Plaintiff did not have the locus to commence the action and that the suit was statute-barred.

In his opposing arguments, Ogunwumiju who led Muyiwa Atoyebi SAN and Ademola Abimbola submitted that the Plaintiff rightly commenced the suit under Section 285(14) (c) of the Constitution of the Federal Republic of Nigeria 1999 (as amended).

Delivering judgment in the case, the presiding judge, Justice Emeka Nwite agreed with the submissions of the Plaintiff’s counsel and declared as null and void, the nomination of Governor Isiaka Oyetola and Benedict Alabi by the APC.

The court also held that Governor Mai Mala Buni acted in contravention of the provision of Section 183 of the Constitution when he held dual executive positions as the Governor of Yo e State and the Chairman of the National Caretaker Committee of APC.

The court held that the steps or decisions taken by Governor Mai Mala Buni, including forwarding the names of Governor Isiaka Oyetola and Benedict Alabi to INEC, amounted to a nullity in law.

Counsel to Gov Oyetola, Adegoke says his team will appeal the judgment.