A woman will be needing surgery after she was allegedly stabbed by a kidnapper in broad daylight in Maitama, Abuja.

The woman reportedly went shopping and was just exiting the supermarket at 2pm on Sunday, October 2, when a man approached her with a knife.

Thinking it was a robbery attack, she willingly gave away all she had and even gave her car key, but the man tried to force her into a car where two other men were waiting.

As she resisted, the kidnapper stabbed her.

The woman was saved by passersby who caught the attempted kidnapper. His accomplices managed to escape.

The incident was narrated on Twitter by a friend of the victim. 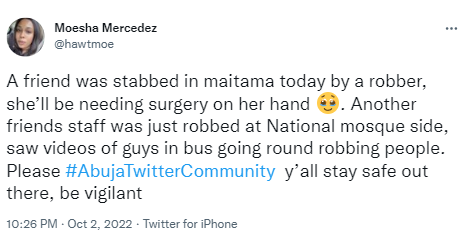 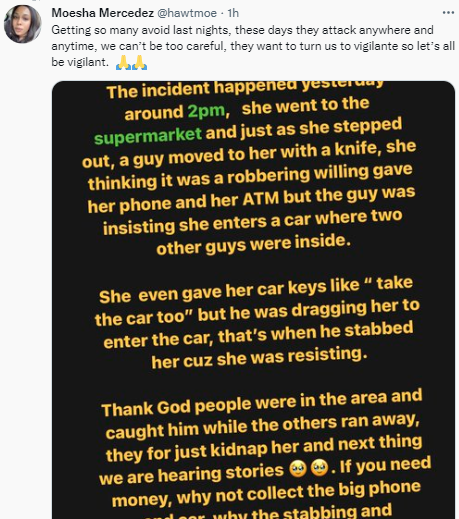 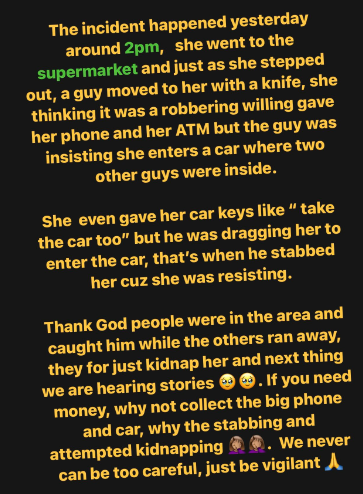