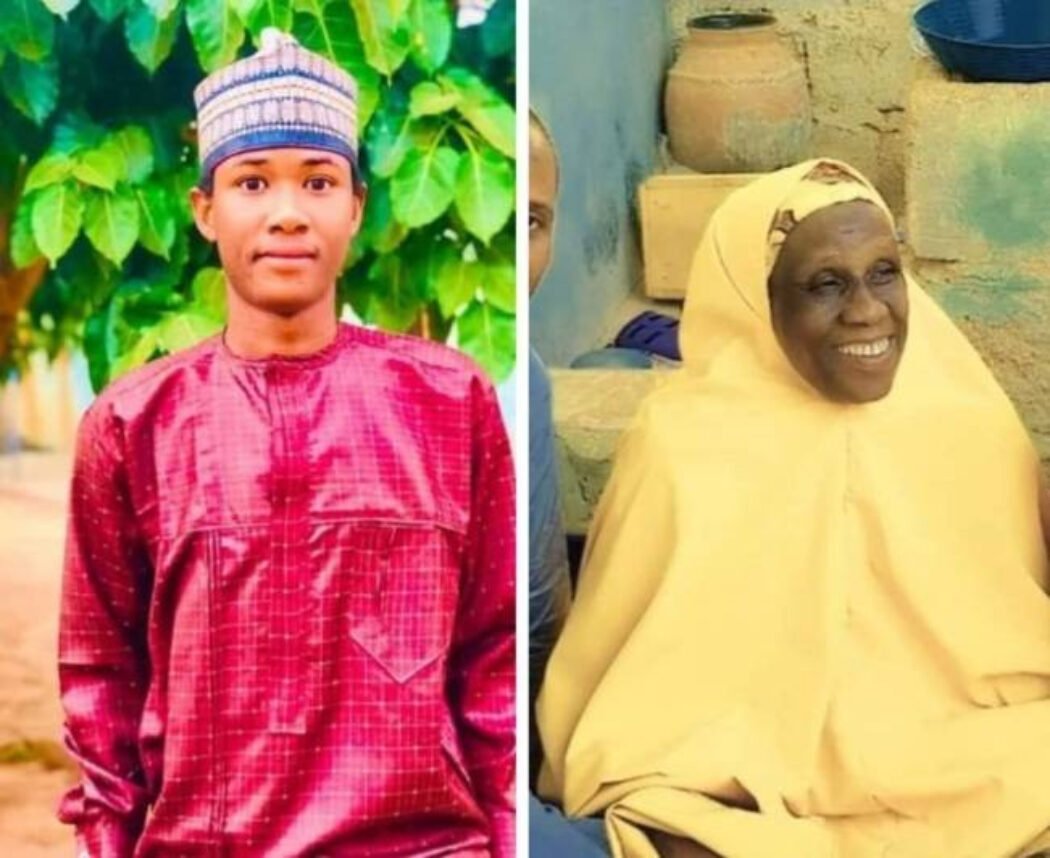 Bandits have abducted a 67-year-old woman identified as Yar Ladi Turaki, alongside her son, Umar Aliyu in Katsina state.

It was learnt that the bandits attacked their community in Ingawa Local Government Area of the state in the early hours of Saturday, October 29, and took the victims away to an unknown destination.

According to him, a family member of the victims, Ahmad Aliyu Turaki, said the bandits in large number, raided the town around 1:30 am, shooting sporadically before making away with mother and son. 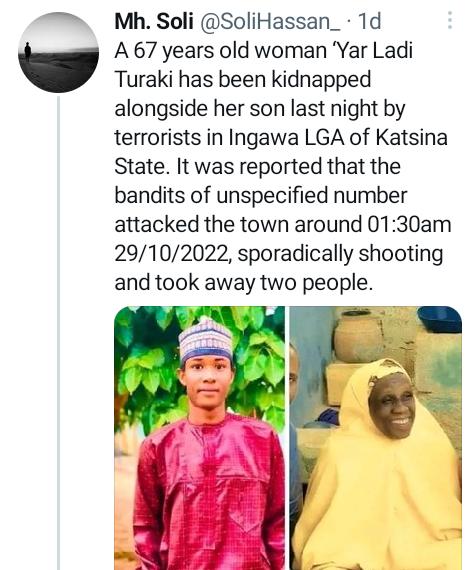