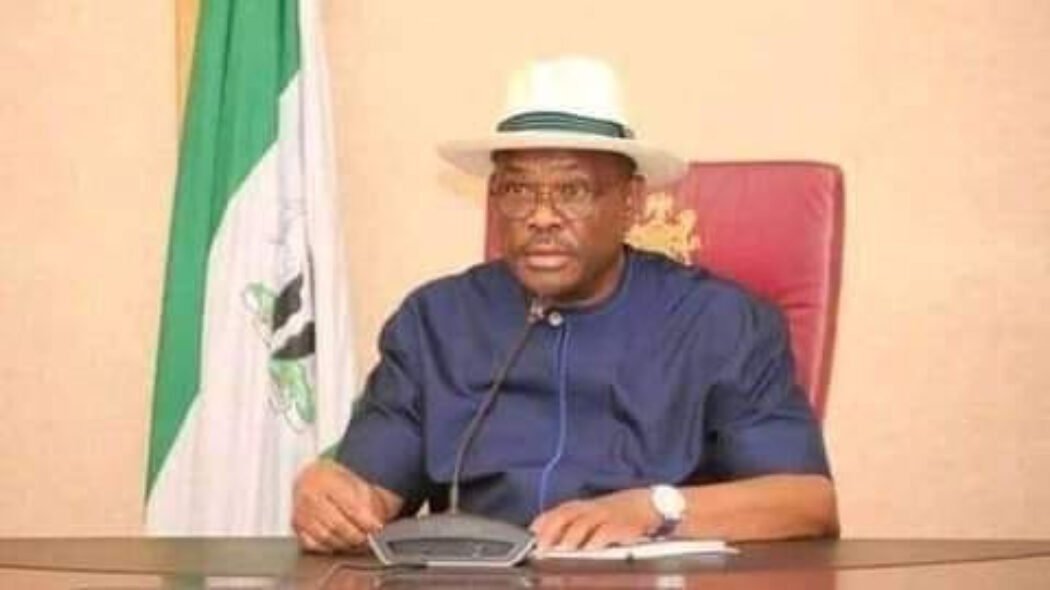 A Portharcourt -based rights advocacy group, Centre For Basic Rights Protection And Accountability Campaign, have written an open letter to the Rivers State Governor, Nyesom Wike, over the increasing use of underaged girls for prostitution and sex slavery in the state.

One of the rescued minors said she was made to sleep with over ten men in a day and give all the money she made, to their madam.

In the letter dated October 31, 2022, signed by Afudoza Jennifer Stephens Esq, and Gladys Oyenmwen, the rights group said the victims are lured from remote villages under the guise of training them in school or employing them as house helps.

The group further revealed that the girls are tortured if they fail to meet target of sleeping with at least fifteen men a day with expected revenue of thirty thousand naira. Read below:

We are a rights advocacy group with head office in Port Harcourt, primarily devoted protecting rights of citizen’s irrespective of their status in the society.

We request your approval and support to rid brothels in Rivers state of a growing number of minors, underage girls who are lured into forced prostitution, shattering their lives.

We are worried that despite our efforts which have resulted in several arrest of suspects, there remains a steady rise in recruitment of underage girls into prostitution in many brothels across the state. We want to believe this is due to poor or clock enforcement, particularly in prosecution of suspects.

For a lasting solution, Your Excellency, we have no doubt that the story would be different if you intervene with your support and deployment of legal instruments through the Office of Attorney General of the State to ensure honest prosecution of brothel owners where it is discovered that girls below eighteen years, even adult females are being recruited and forced into prostitution.

In August 2022, detectives from Iwofe Police Division of the Rivers State Command rescued underage girls from a brothel at same Azikiwe Street, Mile 2 Diobu Port Harcourt who were forced into prostitution.

The common revelation by majority of the underage girls is that they are lured from some villages outside Rivers State on guise of coming to be employed as house helps, but they end up as commercial sex workers under duress to be sleeping with men who pay their mischievous coordinators.

His Excellency, most disturbing is the revelation made by some of the rescued underage girls that their recruiters torture and subject them to all manner of inhumane treatment if they fail to meet up target of sleeping with at least fifteen men a day with expected revenue of thirty thousand naira.

Your Excellency, we are aware of the vigour you brought into the fight against illegal oil bunkering in the state and the recent pronouncement to sanction hotel owners where suspected cultists hold political meetings.

Sir, we request that the same vigour be exercised by your office to ensure sealing or acquisition of brothels buildings and prosecution of owners of such brothels found using underage girls as sex slaves. Such genuine intervention will go a along way in discouraging other intending perpetrators.

It is our firm believe that aside arrest and possible prosecution of the racketeering commercial sex workers leaders often refered to as ‘Madams’ who act as guardians to the underage girls in this act of forced prostitution, the brothel owners who from our investigations move with escorts should be prosecuted too using necessary legal instruments, because they are a big part of the problem here.

Sir, assist us, give your nod to helping in reducing to barest minimum, this social menace that shatters the lives of young girls and endanger society. 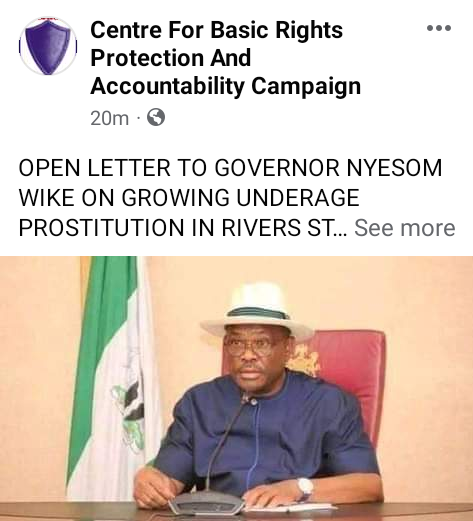