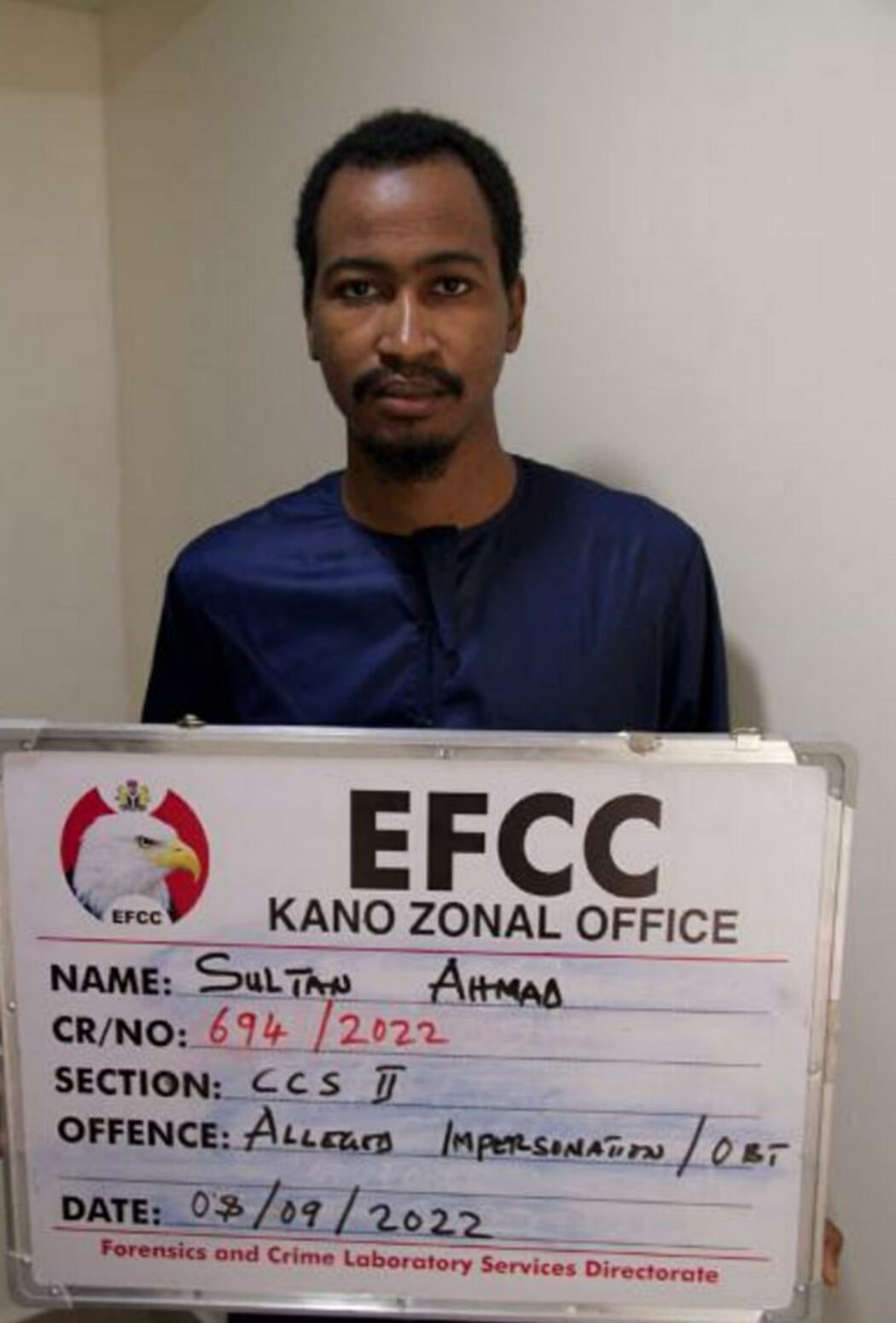 The anti-graft agency, Economic and Financial Crimes Commission (EFCC) has charged one Ahmad Sultan Sardauna before Justice Farouq Lawal of the Kano State Court on a one count charge bordering on impersonation.

Ahmad, posing as brother to a Deputy Secretary General of the United Nation, is said to have obtained the sum of $4,661.60 (Four Thousand Six Hundred and Sixty One Dollars, Sixty Cents) from one Mr. Ismail Jama, a Somali, on the pretext of getting a job for him at the United Nations.

The charge read “That you, Ahmad Sultan Sardauna (aka Sultan Fallatah) between August 2021 to December, 2021 in Kano within the jurisdiction of the High Court of Kano State, with intent to defraud, falsely presented yourself as brother to Amina J. Mohammed (the Deputy Secretary General of the United Nations) capable of securing a job for one Mr. Ismail Jama (a somalian) with the United Nations and in the process obtained the total sum of $4, 661. 60 USD (Four Thousand, Six Hundred and Sixty One United State Dollars) as facilitation fee which pretence you knew to be false and thereby committed an offence contrary to Section 1 (1) (a) of the Advance Fee Fraud and Other Fraud Related Offence Act, 2006 and punishable under Section 1 (3) of the same Act.”

The defendant pleaded not guilty to the one count charge when it was read to him.

In view of his plea, the prosecution counsel, Musa Isa asked the court to remand the defendant and fix a date for the trial to commence.

Counsel representing the defendant, Sani Iliyas moved a bail application asking the court to admit his client to bail.

Justice Lawal granted the defendant bail in the sum of N500, 000 and one surety in like sum. The surety must be a relative of the defendant.

The Court however remanded the defendant in the Correctional Centre pending the fulfillment of his bail conditions.

The matter has been adjourned till December 7, 2022 for trial.