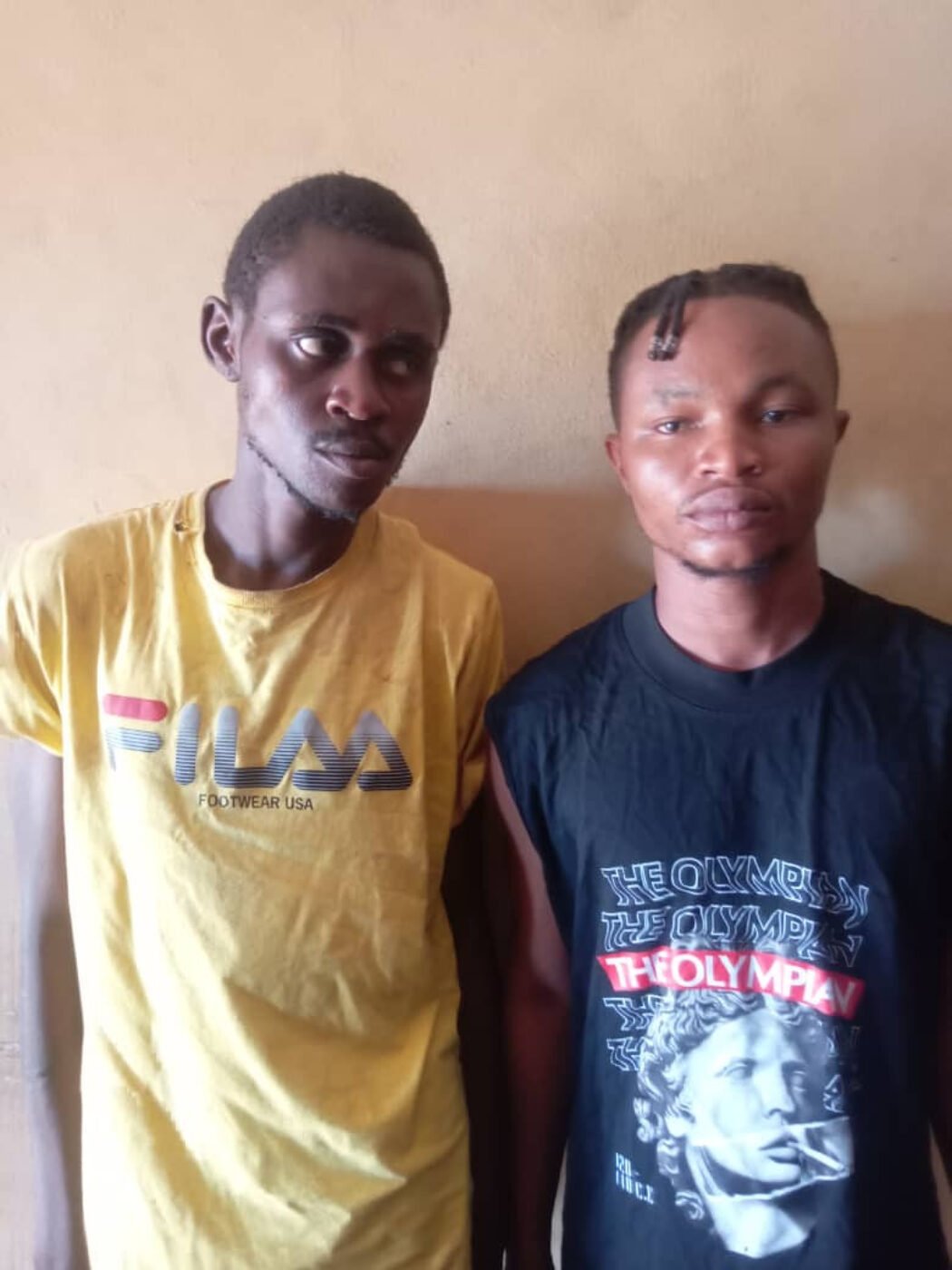 Operatives of the Delta state police command have apprehended two suspects namely  Ofemu Obus ‘m’ age 23yrs and Henry Ekpu ‘m’ age 28yrs, for allegedly specializing in defrauding unsuspecting POS operators by generating fake alerts which they use to deceive their victims and defraud them of their money.

DSP Bright Edafe, spokesperson of the state police command, who confirmed their arrest said the suspects are in Custody and investigation is ongoing.

In a related development, men of the state police command have arrested two criminals who use tricycles to attack unsuspecting members of the state and then dispose of their iPhones. 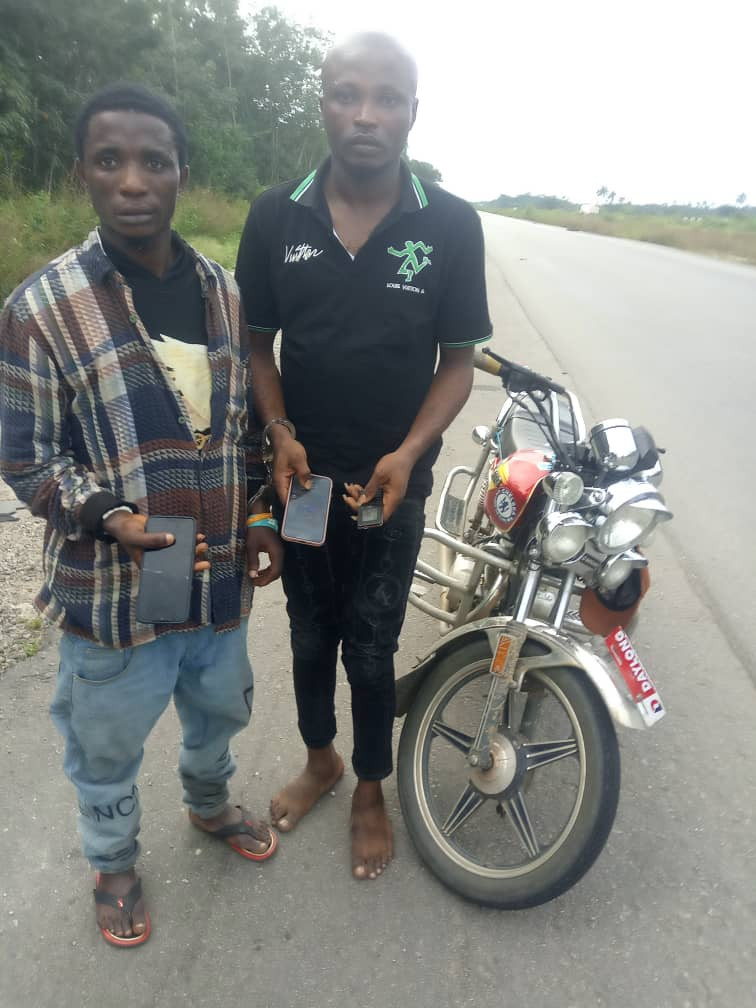 Edafe said the men were apprehended during a stop and search operation carried out by the Dragon patrol teams 29 and 26 led by an Assistant Superintendent of Police in the state, along Warri-Sapele road by Okwuvo Okpe LGA.

He stated that a Daylong motorcycle with Reg. No. Delta UGH 353 VQ carrying two male occupants was intercepted. The Policemen conducted a search on them during which, one (1) iphone, one (1) Infinix  phone, one (1) Nokia torch phone were recovered.

”While the search was being conducted, the owners of the Phones started calling, and they alleged that they were  at Sapele and Oghara respectively. The two suspects were later identified as John Francis ‘m’ age 26yrs of Uru-Ughelli Street Agbarho and Godsent Orogun ‘m’, age 25yrs of No. 18 Ovwiagba. Suspects are in custody while Investigation is ongoing.” he said