A trailer heading to Ogun State has been involved in an accident along Lagos-Ibadan Expressway.

The trailer rammed into the bridge railing on Tuesday morning, August 23, after losing control while plying the Kara Bridge. 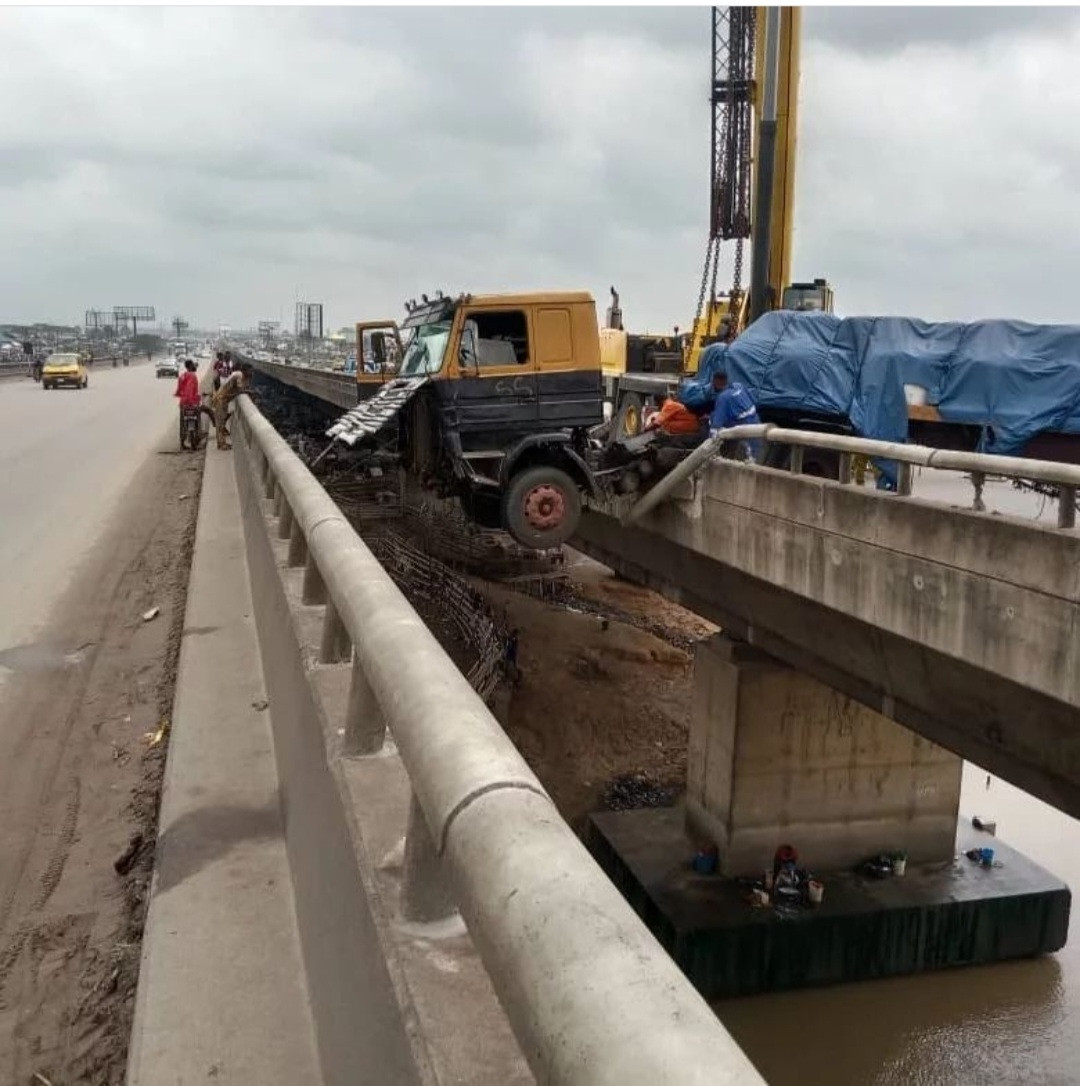 The accident blocked off most of the road and caused heavy traffic for commuters.

The police and other traffic officials are at the scene to clear the road.