Reno Omokri has warned against the profiling of Islam as a bad religion. Some Nigerians berated the Muslim religion after a female student of the Shehu Shagari College of Education Sokoto was gruesomely murdered by her colleagues who accused her of blasphemy.

In a post shared on his IG page, Reno posted the photo of the Fulani Islamic cleric who helped to save 262 Christians by hiding them in his mosque on June 23, 2018 in Plateau State, and wrote

”All of you saying Northern Muslims are bad and barbaric have forgotten that a Northern Fulani Muslim, Imam Abubakar Abdullahi, saved the lives of hundreds of Christians on June 23, 2018. There are good and bad people in every religion. Face the culprits, not their region or religion!

Deborah’s murder over alleged blasphemy is condemnable. However, do not get carried away. Mind your utterances. Let us blame the perpetrators, not Muslims and Northerners.” 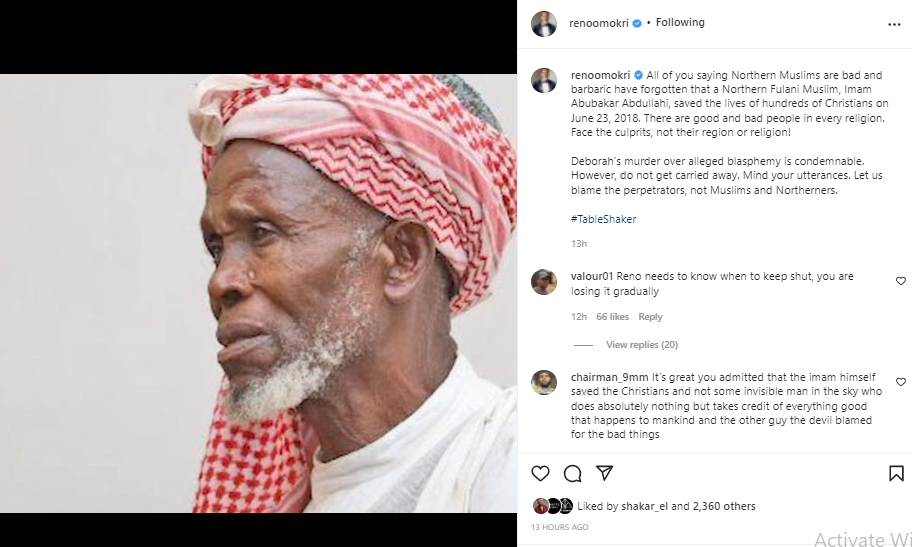