Men of the Lagos state police command have apprehended a suspected fake soldier, Samuel Msughter, in the state.

A statement released on the Twitter handle of the command says the suspect specializes in wearing a full Army uniform to escort goods that are being transported. The command added that the suspect will be charged to court as soon as the investigation is concluded.

Investigation is ongoing to unravel the full extent of his criminality especially with the uniform. Suspect will be charged to court at the end of investigation.” 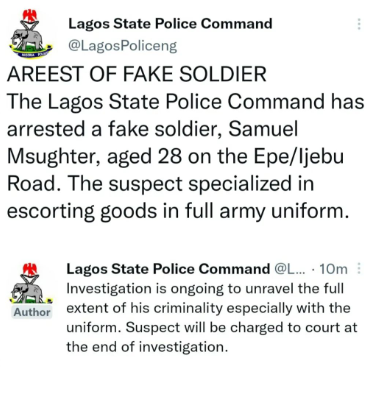 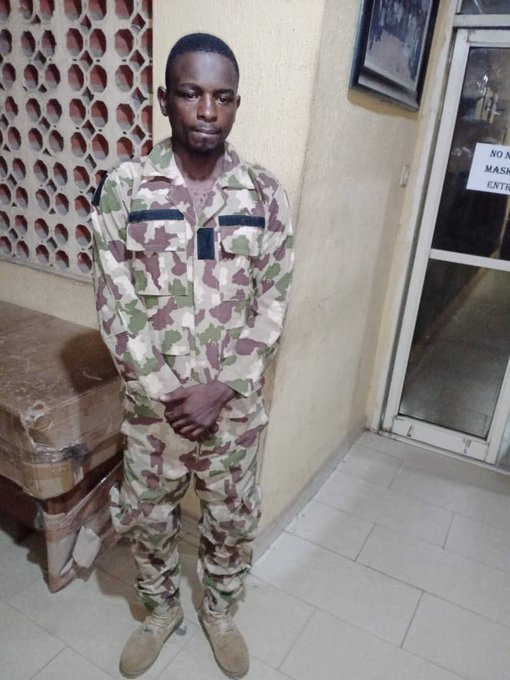