This is coming three months after the burial of their father, Oneh Eh Eta Onne, Paramount ruler of Onne Clan in Eleme Local Government Area of Rivers state.

Dorathy, who disclosed this on Tuesday, August 16, said her brother became unconscious and died after having drinks with some of his friends. 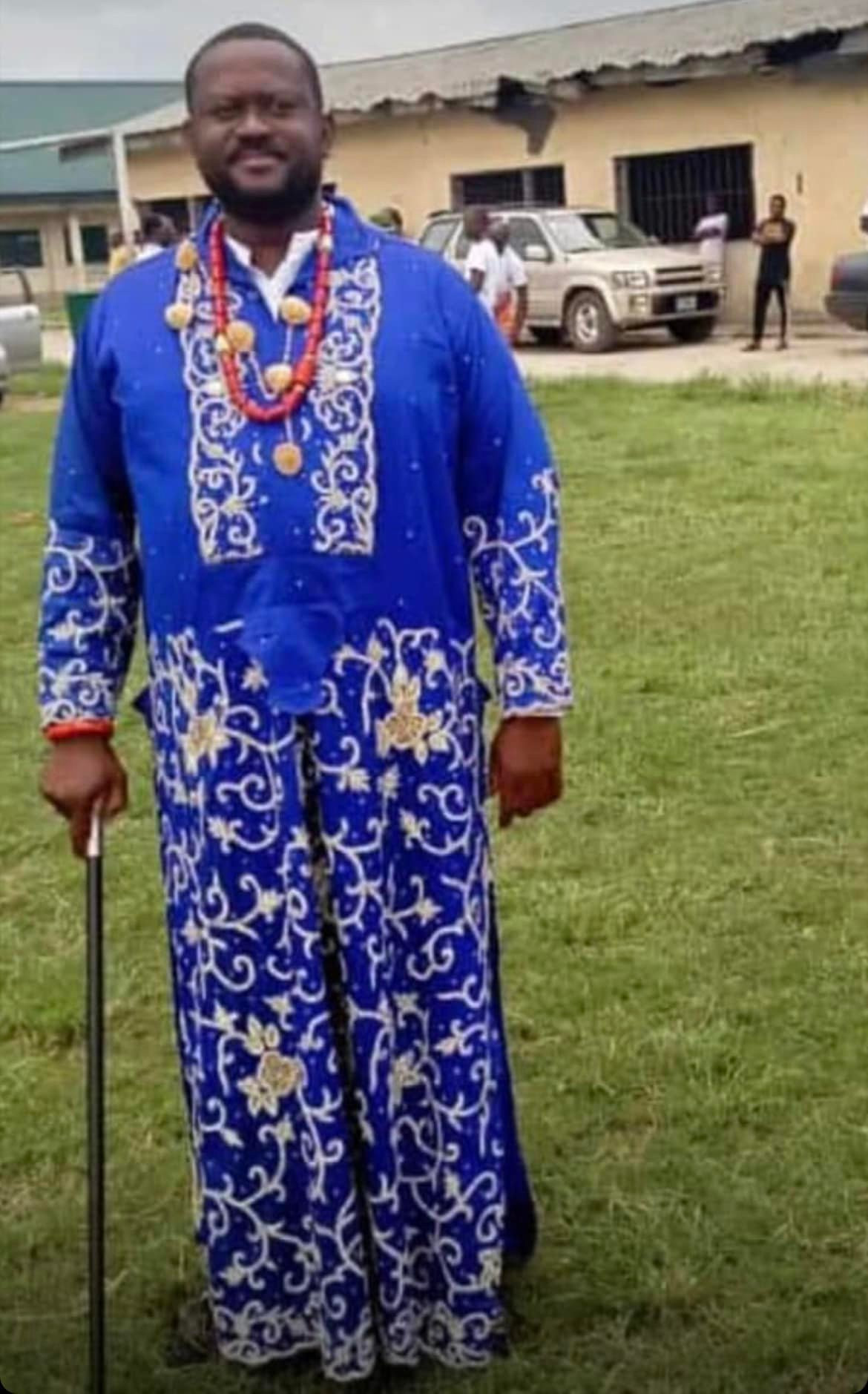 “The Don Jazzy, M I Base, KAFEMI (Don’t kill me yet they killed him) OBO Osaronu, No Headache, No sickness. Became unconscious after having drinks with some friends,” she wrote.

“They killed one of the shiniest light of his generation. The person that killed you did not even think of your helpless mother, your young wife and 5 children.

“Barely 3 months after My Dads burial we have lost you my favorite big bro. You people said it is well Abi, please kindly put my helpless mother in your prayers no woman deserves to go through what she is going through. At this point I am going through the fire” 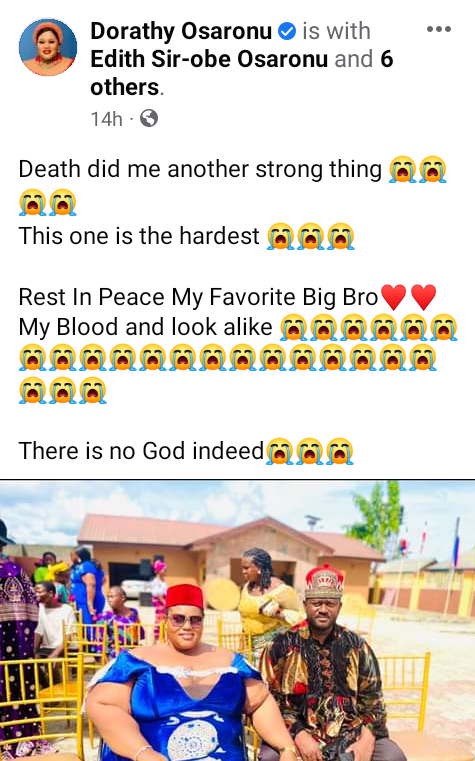 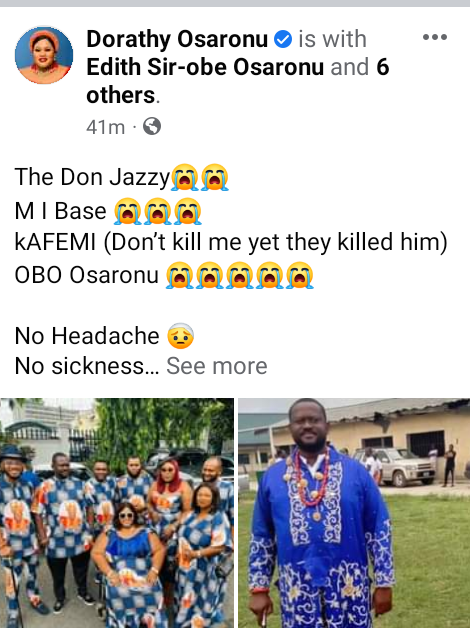 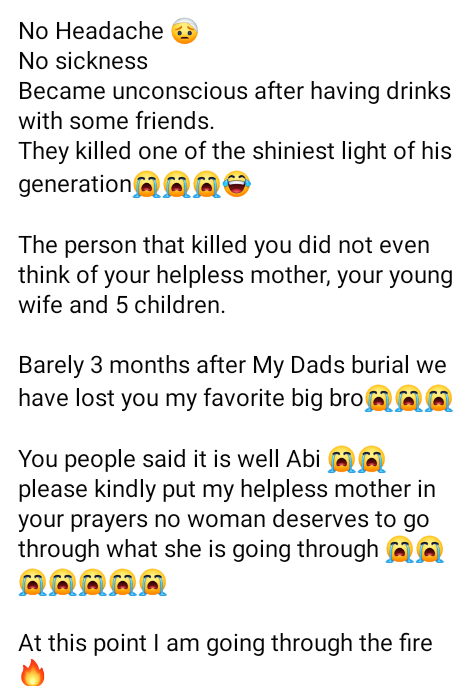