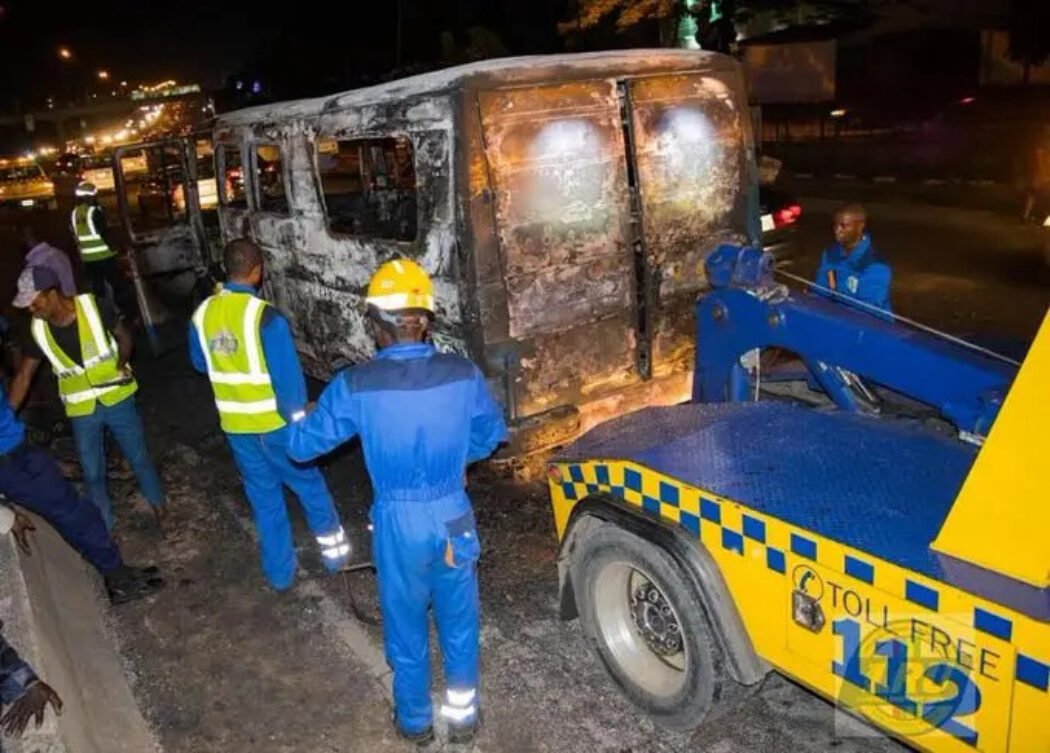 A commercial bus on Sunday, September 25, caught fire at Iyana Oworo near the Third Mainland Bridge, killing seven passengers while others were injured.

Lagos State Emergency Management Agency (LASEMA) which confirmed the incident, said when officials of the agency arrived at the scene, they saw that a commercial bus with 14 passengers was on fire.

The Mazda bus with registration number KJA 699 GY, reportedly caught fire due to recklessness and speeding by the driver.

Permanent Secretary of LASEMA, Dr. Olufemi Oke-Osanyintolu said while the driver escaped with some burns, three female adults were rescued and rushed to Gbagada General Hospital while a male adult was attended to by LASAMBUS at the scene.

Seven victims including four females, two male adults and one male child in the bus were burnt to death.

The remains have been bagged by the Agency’s LRT Paramedics, LASAMBUS official and handed over to the appropriate authorities.

“Arrangements have been made by LASTMA officials at the scene for removal of the burnt vehicle from the road.”