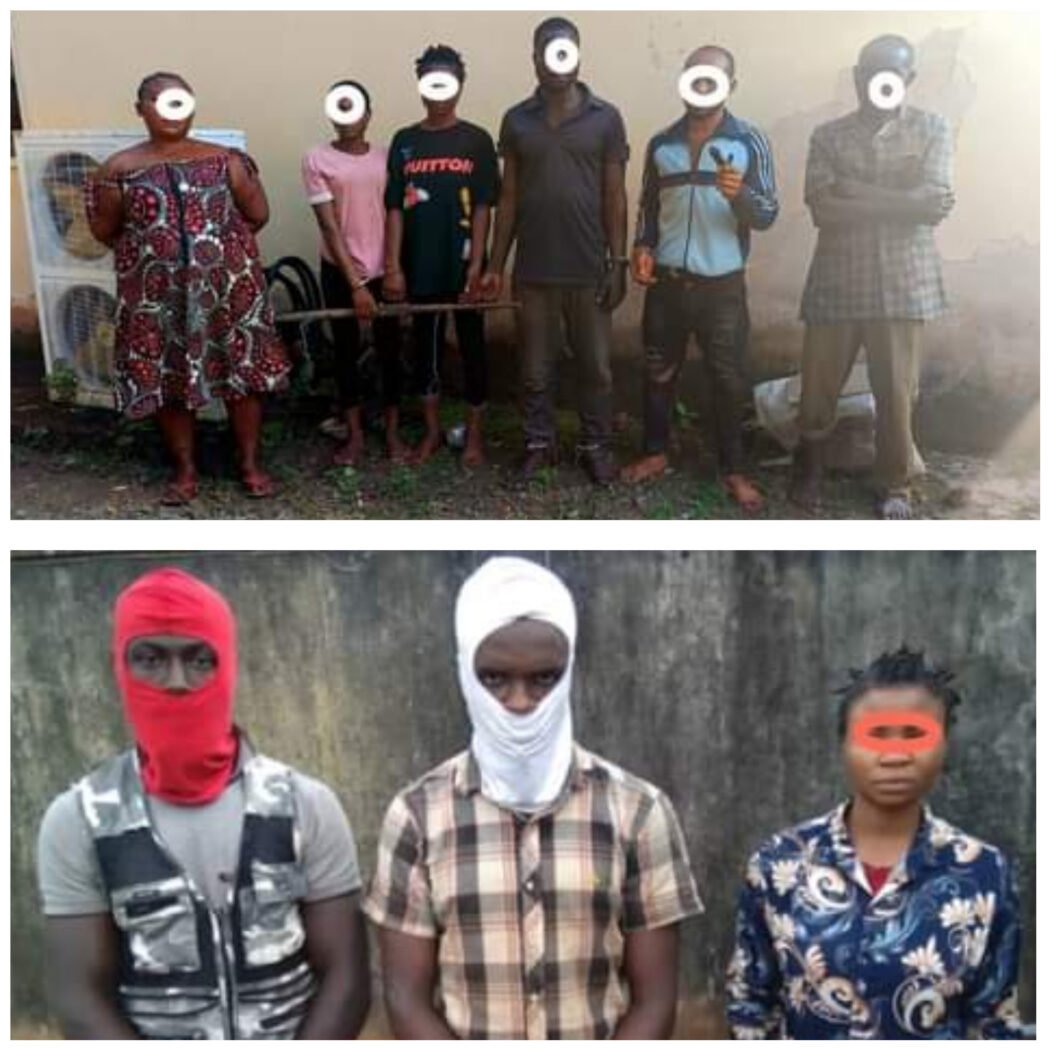 Spokesman of the command, DSP Daniel Ndukwe, who made this disclosure via a statement on Wednesday, October 26, 2022, said six of the suspects belong to a kidnap gang using Facebook to lure unsuspecting victims to their hideout in Udenu Local Government Area of the state.

According to the PPRO, investigation revealed that one of the two principal suspects, Okechi Chijioke, lured the two victims through Facebook, with the promise of selling cheap clothes and bags to them.

However, the suspect took the victims to the hideout where his cohorts were waiting and obtained N500,000.00 ransom from them.

“Police Operatives serving at Udenu Police Division of the Command, on 16/10/2022 at about 1.25pm, promptly responded to a distress call and arrested six (6) kidnapping suspects and rescued two (2) of their victims, at Igbokwube Village, Amalla in Udenu LGA,” the statement read.

“Ongoing investigation reveals that the male principal suspect lured the victims through Facebook, with the promise of selling cheap clothes and bags to them. But instead, took them to the said location working with his cohorts, and obtained a combined ransom of about five hundred thousand naira (N500,000.00) without releasing them, before they were apprehended and the victims rescued,”

“One (1) Dane gun, one (1) mock gun, one (1) tricycle, one (1) gas burner, one (1) 8-inches Winco foam, four (4) bags containing clothing materials and other incriminating items were recovered from them,” Ndukwe added.

“Their arrest is due to the operatives swift response to credible information alleging the trio and other members of their gang that escaped, wearing masks and operating in a mini bus, abducted the said victim from his house to a bush in the mentioned location and obtained a ransom of six hundred and fifty thousand naira (N650,00.00), through a POS Operator,” the PPRO said.

“However, the operatives clamped down on them, arrested the suspects and recovered the yellow-coloured Suzuki mini bus with reg. no. UKP 270 YP and two (2) masks. The suspects will be arraigned in court once investigations are concluded.”

Meanwhile, following the receipt of the report of alleged attack and abduction of some travellers at Agu-Ekwegbe community axis of Ugwuogo-Nike/Opi/Nsukka highway, in the evening hours of 23/10/2022, the state Commissioner of Police, CP Ahmed Ammani, has ordered the maximum deployment of operational and intelligence resources of the Command to ensure adequate security on the said road, rescue unascertained number of persons allegedly abducted and arrest the hoodlums.

The CP reassured users of the said road and the citizenry of the Command’s unwavering commitment to ensure that their security and safety are maximally maintained, while categorically stating that onslaught on unrepentant criminal elements in the State shall be sustained. 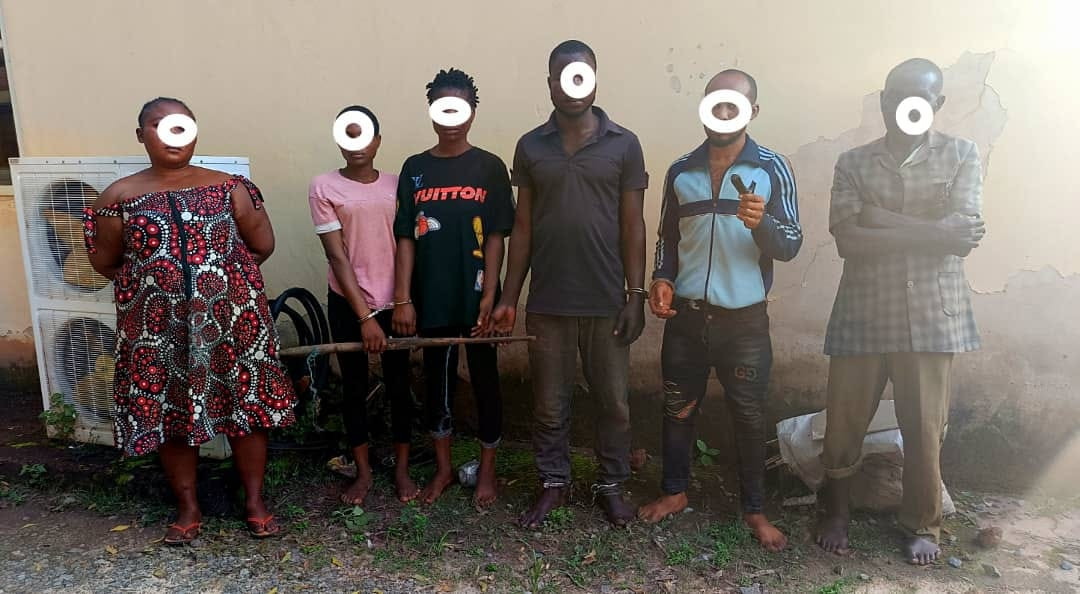 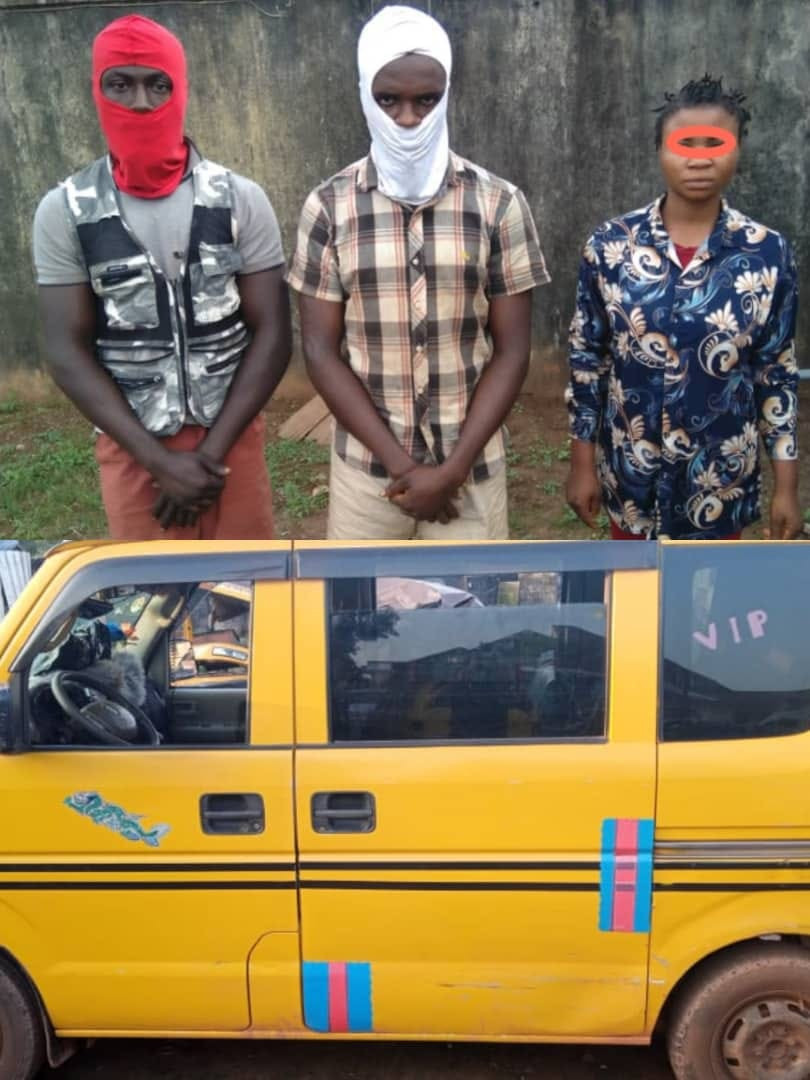