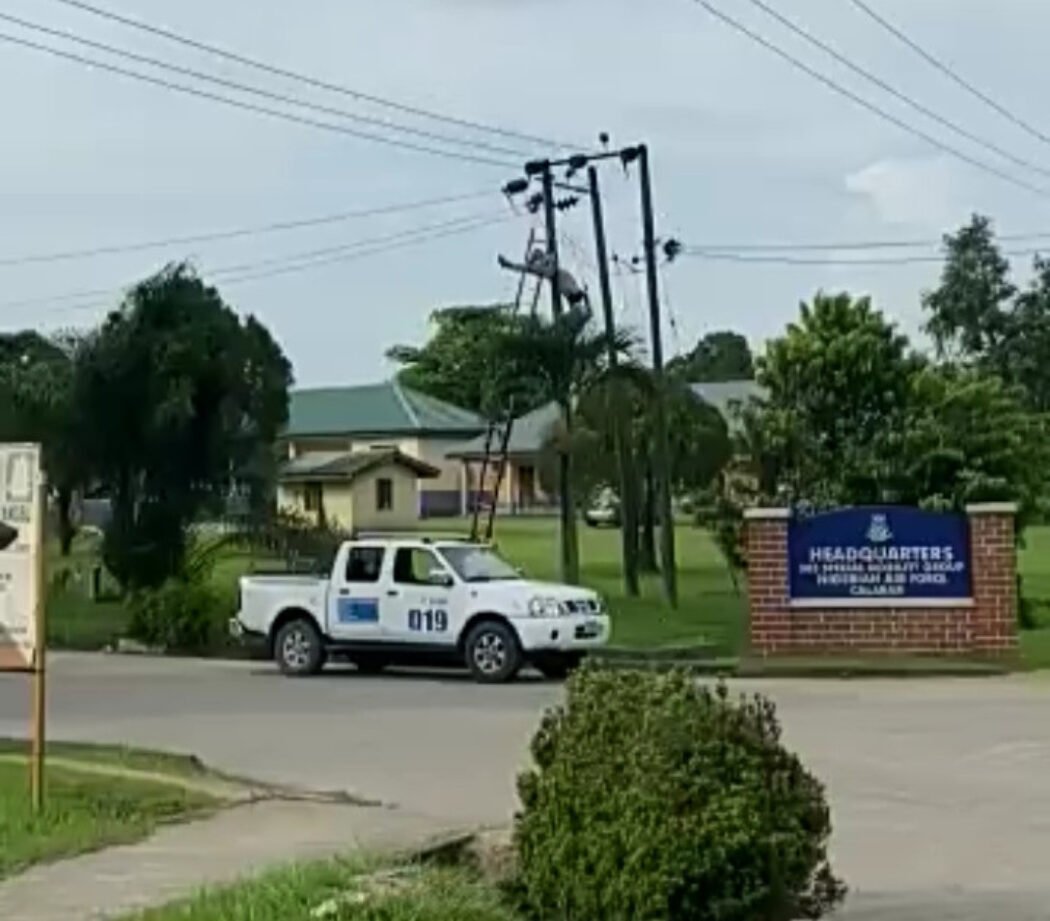 An official of Port Harcourt Electricity Distribution Company (PHEDC) has been electrocuted in Calabar, the Cross River State capital.

It was learnt that the incident happened on Thursday evening, October 27, at the entrance to Margaret Ekpo International Airport.

In a short video shared on Facebook, the official is seen dangling from the high-tension cable while the PHED’s patrol vehicle number 019 is sighted parked under the high-tension as other officials try to bring him down the lifeless-looking body.

The latest incident is coming less than a month after another official of the PHEDC staff was electrocuted to death on a high-tension pole at Army junction, a few meters from Eburutu Military Cantonment in Calabar.