The Port Harcourt Electricity Distribution Company (PHEDC), has confirmed the electrocution of one of its members of staff in Calabar.

The PHEDC staff was carrying out electrical works at Army Junction, on the Muritala Mohammed highway in Calabar, when he was electrocuted.

A video from the scene trending online shows spectators gathered at the foot of the electric pole to watch the electrocuted officer who was motionless at the top of the pole.

Officials are then seen positioning two ladders which two electrical staff climbed to get to the injured official and carry him down. 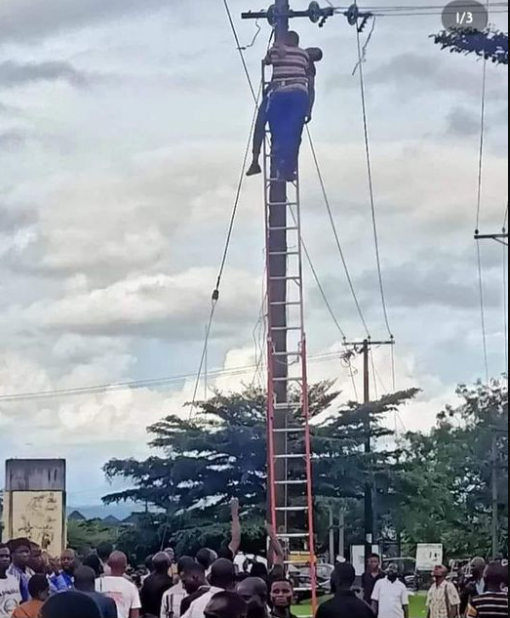 He was revived at the hospital and has now been discharged.

A friend of the electrocuted electrical staff gave an update on Facebook. He said he has spoken to his friend and he sounds “strong” following his discharge from the hospital. 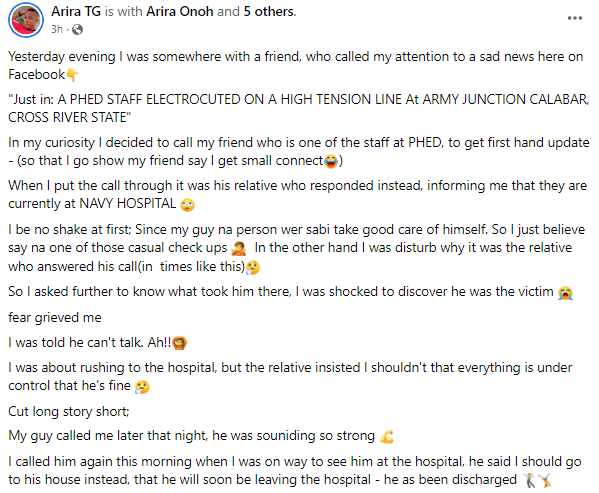