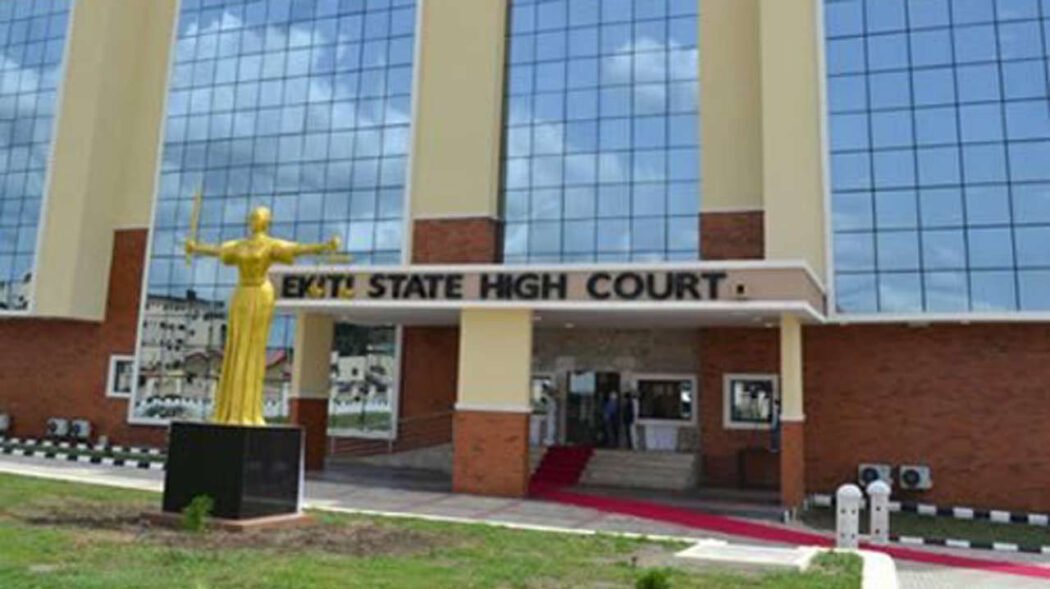 Justice Olalekan Olatawura of an Ekiti State High Court, Ado Ekiti Division, has sentenced a burglar identified as Jimoh Dele, to 21 years behind bars for invading a store and carting away food items worth N234, 000.

According to the charge sheet, Jimoh on May 11, 2020, found his way into a building around Mobil Petrol Station, Waterworks, in the Ajilosun area of Ado Ekiti, entered into a shop belonging to one Oluwayemisi Adeleye and carted away goods and foodstuffs worth over N234,000.

During his trial, the prosecutor, Kunle Adeyemo, told the court that the offenses were contrary to sections 413 and 390(9) of the Criminal Code Law, Cap. C16, Laws of Ekiti State, 2012.

In her statement to the police, the complainant said

“My shop was burgled twice, in May 2020 and June 2021 during which my foodstuffs and soup ingredients, including rice, semovita, wheat and tomato paste, among others, which I was selling, were stolen.”

A policeman, Sergeant Oladele Ayodeji, in his testimony before the court, said the defendant was arrested on November 19, 2021.

“During interrogation, he confessed to have participated in criminal activities such as kidnapping, burglary and stealing, including breaking into the complainant’s shop,” he added.

Delivering judgment, the presiding judge found Jimoh guilty, sentenced him to 14 years on count one and seven years on count two. The judge said the sentences are to run concurrently.