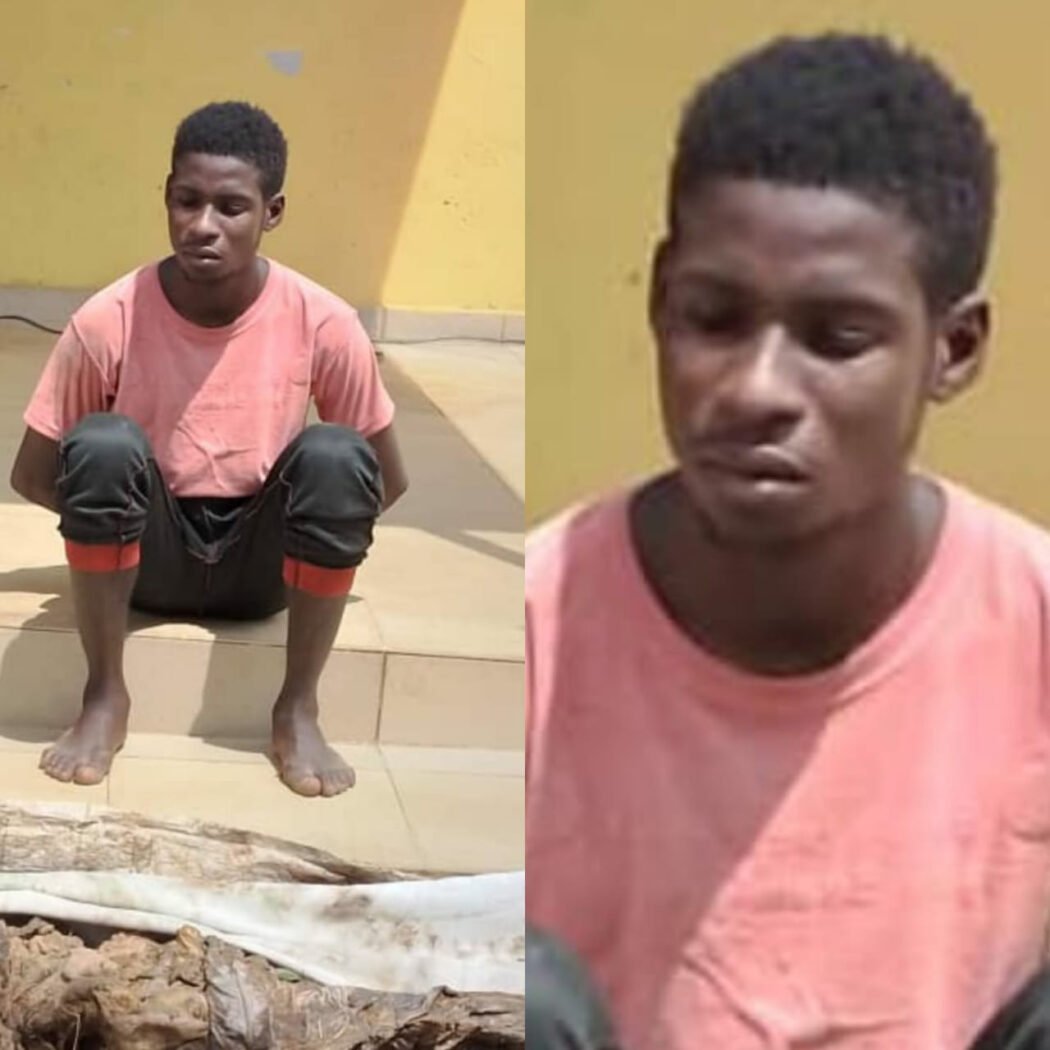 The police in Kwara state have arrested a 23-year-old man, Ibrahim Hassan, pictured above for allegedly killing his 90-year-old father, Sabi Ibrahim, in the Ajibesin area, along Okolowo Ilorin, so as to have access to his bank account.

The spokesperson of the state police command, SP Okansanmi Ajayi, who confirmed this to newsmen, said on August 5, one Aishat Ibrahim visited the police and reported that her 90-year-old dad was missing.

He said an investigation into the matter led to the arrest of Ibrahim who is the biological son of the missing old man.

During investigation, the suspect confessed to have administered paracetamol injection mixed with other substances on his father, who became weak and dizzy immediately after the injection, this he did after coming from the bank where he took his father to renew and collect his ATM card. He took the father on a motorcycle he borrowed to convey his father to an isolated uncompleted building and strangulated his father to death. He dug a shallow grave where he buried his father after dispossessing him of the ATM card they went to the bank to collect.”Ajayi said

The police spokesperson stated that the suspect escaped to Kaduna state and started withdrawing from his late father’s account.

He withdrew a total sum of N59,000. He stated further that the purpose of killing his father was to dispossess him of the ATM card since he already knows the pin. He also sold the borrowed motorcycle and eloped to Kaduna state where he was eventually arrested.

The ATM card and the stolen motorcycle have been recovered.
Suspect would soon be charged to court.”Ajayi added