An unknown man has committed suicide in the Akute area of Lagos state after separating with his wife.

Report from eyewitnesses say the man and his wife had a misunderstanding and she decided to leave the marriage. Angered by her decision, the aggrieved husband decided to end his life.

A local of the area, Gallas Oluwaseyi, who shared the story online claimed the man had taken his daughter to a point of sale operator in their neighborhood on Faleye street by Akute junction and asked that all the money in his account be withdrawn. The transaction was yet to be completed when he slumped and started foaming in his mouth. People rushed to give him some red oil but he eventually gave up the ghost.

They later found a bottle of an insecticide, Sniper, in his pocket.

See photos of the deceased below… 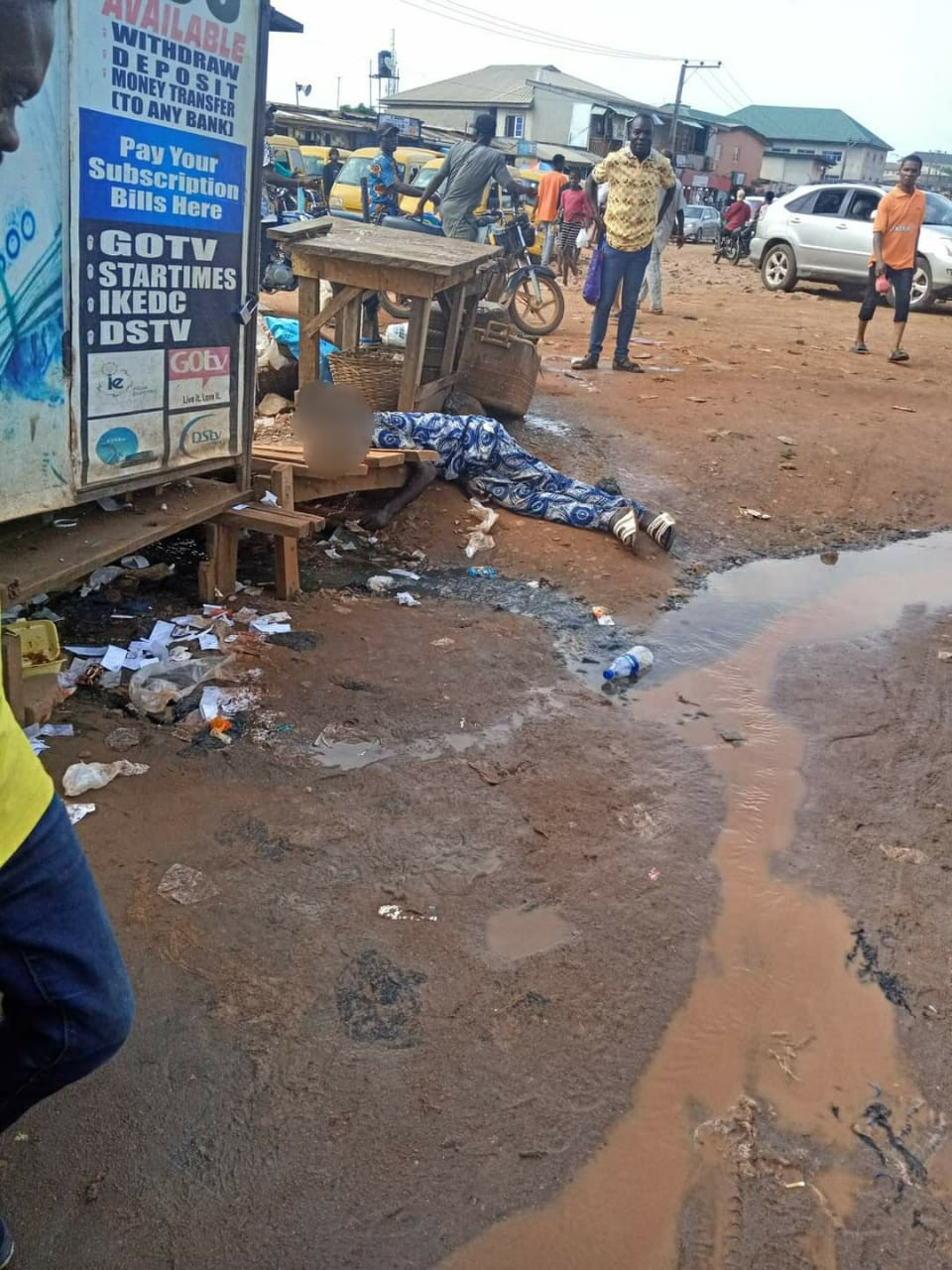 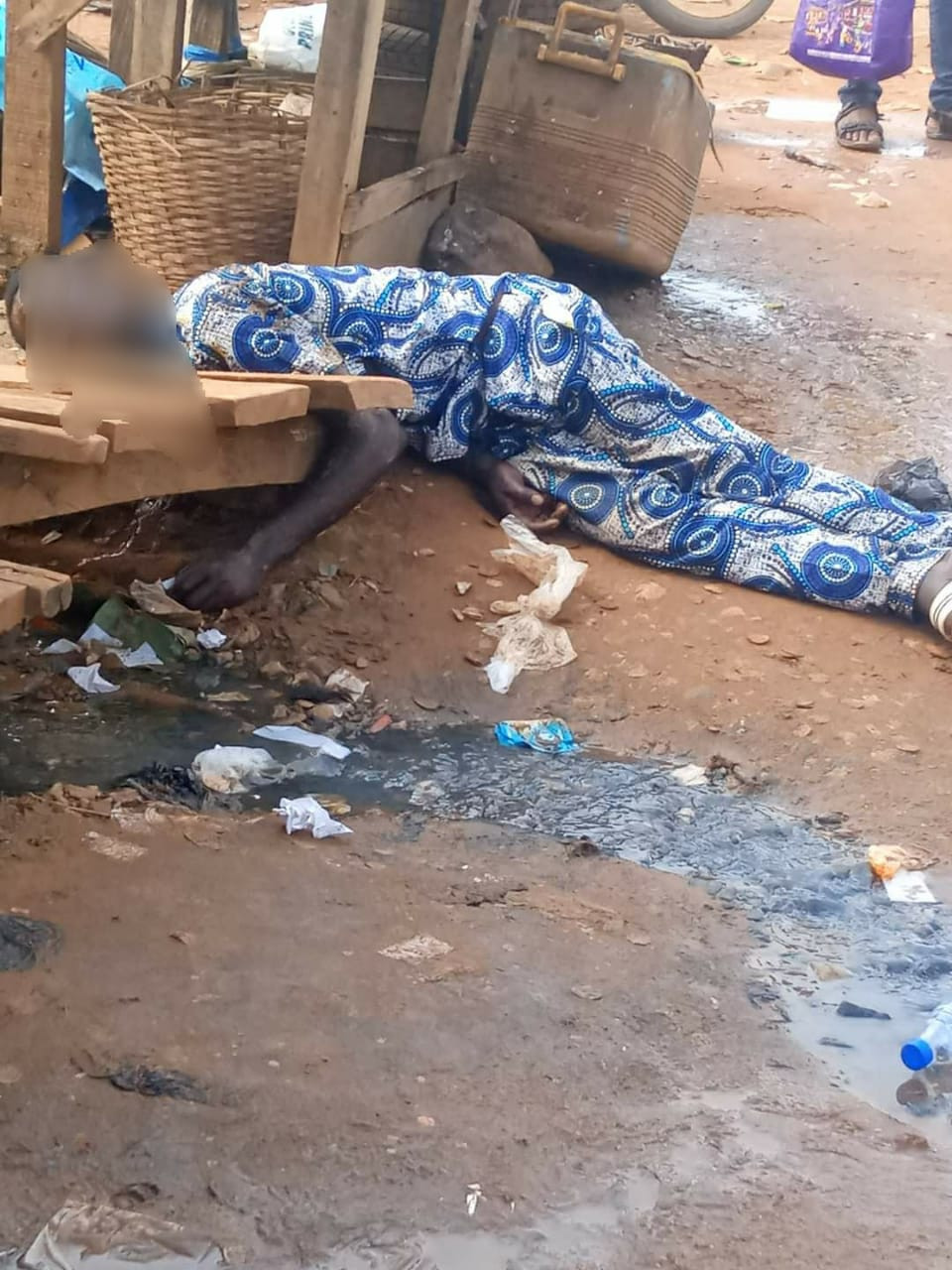 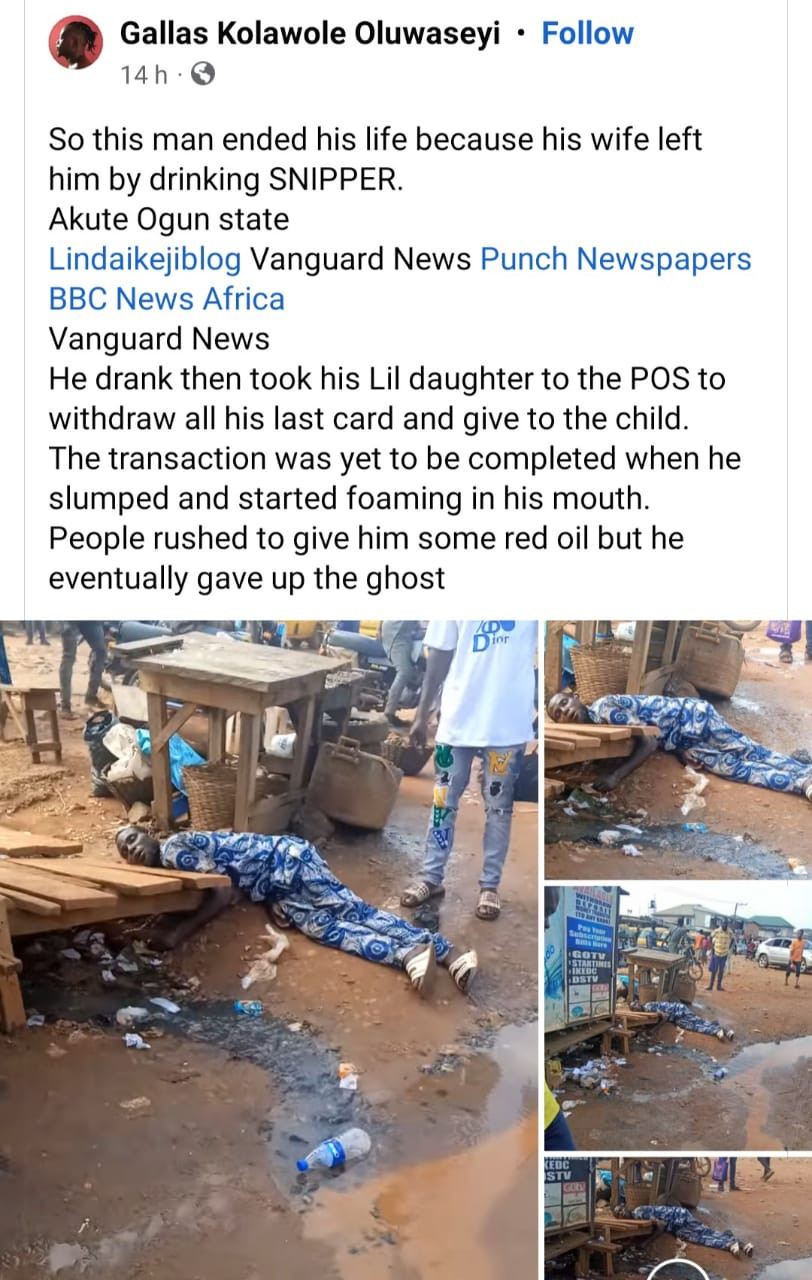