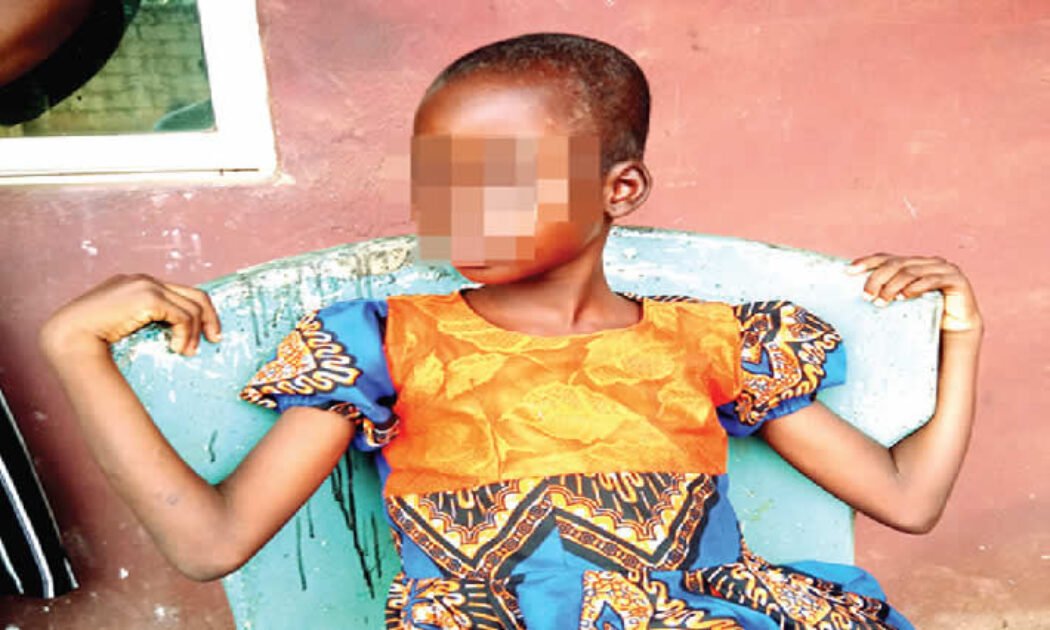 One Ola Obey, 21, has landed himself in police net for allegedly defiling an eight-year-old girl in the Meiran area of Lagos State.

The family of the victim alleged that Ola, the grandson of the landlord, raped her at their apartment on Bale Street, Oyetoro, on October 24 and 25, 2022.

They also alleged that the suspect stole N20,000 from their apartment after raping the victim.

The victim was said to be living with her married elder sister, Zainab, when the incident happened.

The victim who spoke to Punch on Sunday October 30, said the suspect threatened to kill her if she told anybody.

“On Monday, Olá took me inside their room in the morning and took off my clothes and said I should lie down. He raped me and said he would kill me if I told anybody. The same thing happened on Tuesday. He said I would die if I told anybody,” she narrated.

“Later, he followed me inside my sister’s room to ask for money. I said no. But he opened the door and checked under the bed. He took the money there and hit it against my mouth before he took it and left.

“When they called us to talk at the police station, I told Olá that if he did not confess, he would rot in jail. My parents do not have money. Nigerians should please help me. I don’t want to suffer like this.”

Her sister, Zainab, said she got to know about the incident while looking for the N20,000, which her husband gave her to settle a debt.

“On Wednesday, when I noticed that the money was lost, I asked her, but she initially denied. When she noticed I was becoming harsh, she confessed that Olá, the landlord’s grandchild, followed her inside and forced her to give him the money.

“She then narrated how Ola raped her. We saw blood on her pants, which made us believe that the girl had been raped.”

“I went to Meran Police Station and reported on Thursday night. On Friday morning, we followed the police to arrest the boy. The family accepted that he raped my wife’s sister. They confirmed it from the girl’s body and the police station also said their preliminary investigations showed the girl was raped,” he said.

“They threatened us that we should allow the boy to be released. We couldn’t stay in that house for fear of our lives. We came to stay at a friend’s house.”

The victim’s father, Idris, a farmer, called on Nigerians to get justice for his daughter.

“My wife and I stay in Abeokuta, Ogun State. Our daughter has been living with her sister for the past two months. She was going to start school here. I wanted them to drop the case before because we don’t have money. But I don’t want to suffer like this.”

A resident, Oluwadamilola Ayanwola, said Ola’s family was threatening the child and her family.

“They couldn’t sleep in that house on Saturday because of threats from the boy’s family,” she added.

It was gathered that the victim was taken to a general hospital in Lagos for medical tests.

The state Coordinator of Child Protection Network, Ronke Oyelakin, said child abusers must be punished to protect other children.

The spokesperson for the Lagos State Police Command, Benjamin Hundeyin, confirmed the incident and arrest of the suspect, adding that investigation was ongoing.