The Consulate General of Nigeria in Johannesburg, South Africa, said investigations are ongoing to ascertain possible cause of death of Anambra lawmaker, Dr. Nnamdi Okafor.

The Majority Leader of the House who represented Awka South State constituency 1, under the All Progressive Grand Alliance (APGA) platform, was said to have slumped and died in a hotel at Sandton City, Johannesburg, in the early hours of Tuesday, August 23, 2022.

The Consulate in a statement on Thursday, August 25, said the legislator slumped in his hotel room while getting ready for his return trip to Nigeria.

“The legislator was in South Africa to attend a training programmes alongside other State legislators. He slumped in his hotel room while getting ready for his return trip to Nigeria and was later confirmed dead by paramedics. The Consulate was alerted and officers moved to the scene immediately,” the statement read.

“Meanwhile, the remains of the late lawmaker have been deposited at the mortuary while investigations are continuing to ascertain possible cause of death. The Consulate holds itself in readiness to collaborate with relevant South African agencies on the investigation into the cause of his death,”

“The Consulate General commiserates with the immediate family members of Dr. Nnamdi Okafor, the Anmabra State, on this painful loss. The Consulate also expresses its sincere appreciation to the relevant South African agencies that have been assisting since the sad development.” 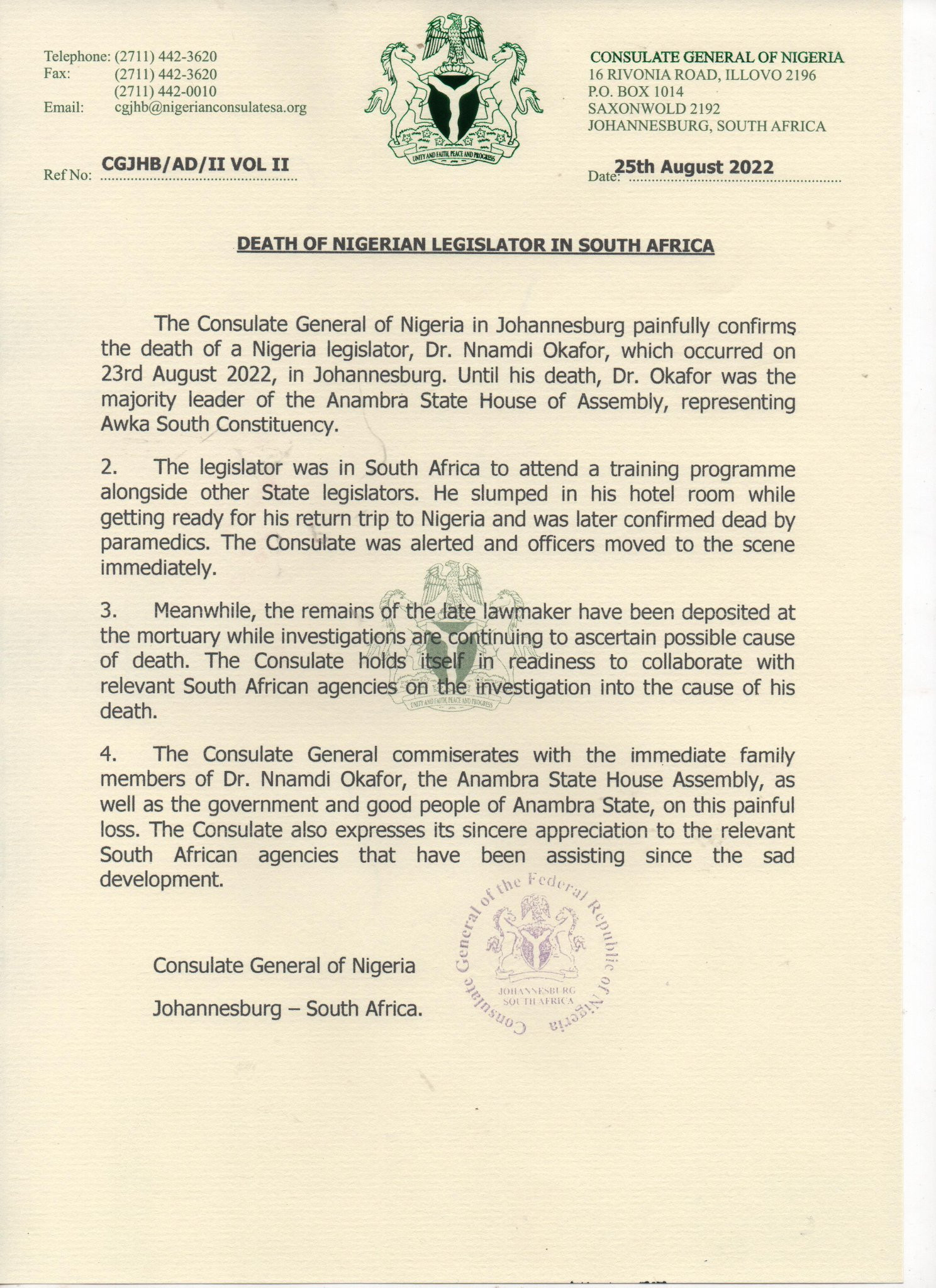