Friends have taken to social media to mourn a travel content creator who was gunned down by gunmen.

Eboh George, an Asaba-based vlogger who is known for creating documentaries that describes the lifestyle in several parts of Nigeria, was killed on Tuesday, October 11.

He had travelled to film in Benue and Enugu state and was travelling back to Asaba from Benue state when he and other travellers were ambushed at four corners junction, along Enugu-Umuahia Expressway.

He was shot dead alongside one other traveller. Others were kidnapped.

Eboh left his wife and son abroad and returned to Nigeria with the aim of showcasing the beauty of the country to the world through his videos.

He will be laid to rest on November 9th. 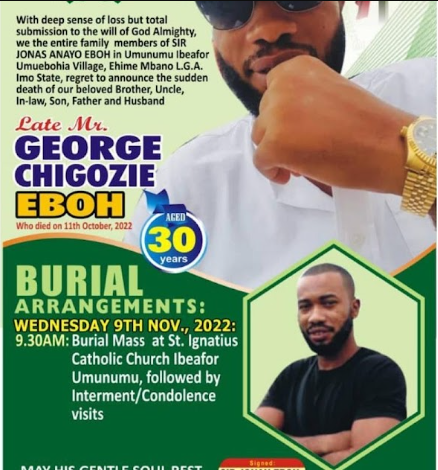