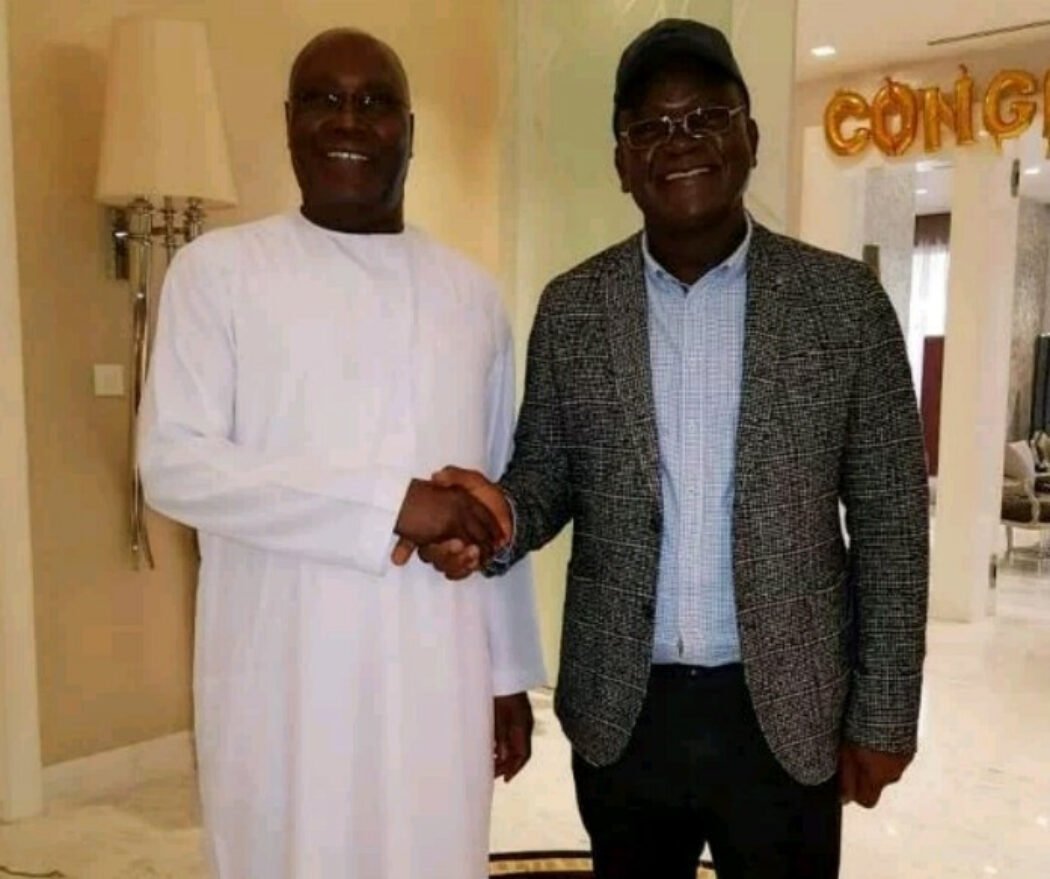 Governor of Benue State, Samuel Ortom, and a group of elder statesmen in Benue, Minda Leaders of Thoughts, have supposedly withdrawn their support for Presidential candidate of the Peoples Democratic Party, PDP, Atiku Abubakar over alleged hate speech and profiling of Benue people.

This is coming after Atiku sent a message of sympathy to Gbeji community in Ukum Local Government Area, LGA, of Benue State, after attacks that left about 39 people, including two policemen, dead and many injured.

He said in the message;

“I’m saddened by the sustained clashes between farmers and herders that led to the loss of lives, including those of police officers in Gbeji community, Ukum LGA of Benue State.

“When our people are well integrated into communities where they live, work, pay taxes and raise their children, they’d be obligated to reciprocate the love and acceptance. My deepest condolences to the families that may have lost a loved one and to the people and government of Benue State.”

However leaders of Gbeji community, accused the presidential candidate of being insenstive by claiming it was just a farmers and herders’ clash.

They stated that what happened in Gbeji last Wednesday, 19th October, 2022, was an unprovoked attack by armed Fulani militia.

“We members of the Gbeji community are disappointed with the statement by Alhaji Atiku Abubakar that there was farmers and herders’ clash in Gbeji which claimed lives including those of policemen.

“What happened in Gbeji last Wednesday, 19th October, 2022, was an unprovoked attack by armed Fulani militia, on the people around 6am.

“For Alhaji Atiku to talk about integration does not arise in Gbeji as the attackers do not live among us. After the unprovoked attack many people visit us including Senator Gabriel Suswam and other members of the National and State Assemblies who also visited the mortuary and saw some of the bodies of those killed.

“That Alhaji Atiku who is supposed to be the big shelter of the Tiv people, the Zege Mule u Tiv, does not believe people have been killed in spite of media reports and eyewitness accounts is the height of insensitivity.

“Alhaji Atiku should have taken time to visit us, or send assistance to alleviate our humanitarian problems is the least that we expected at this time. As at today the death toll has risen to 39 with many still missing while others are in various hospitals.

“If anyone cannot help us in our time of distress he should not mock us. We therefore, reject Alhaji Atiku’s statement which we regard as mockery.”

Also reacting to the statement, Ortom accused Atiku of dishonoring him as Governor and working against the interest of Benue residents.

Asides from alleging that the presidential candidate sidelined him while selecting his presidential campaign team, the Governor also accused Atiku of working with Miyetti Allah.

“It was not correct for a presidential candidate who is seeking to rule the people to say that kind of thing.

“It was very wrong. And it would appear that he doesn’t even reference me and consider me to be a Governor of my state.

“I am not in his campaign team. The people they appointed there, no consent from me. So I’ll remain on my own. But I’m waiting; when the election comes, we shall vote the election according to the election.”