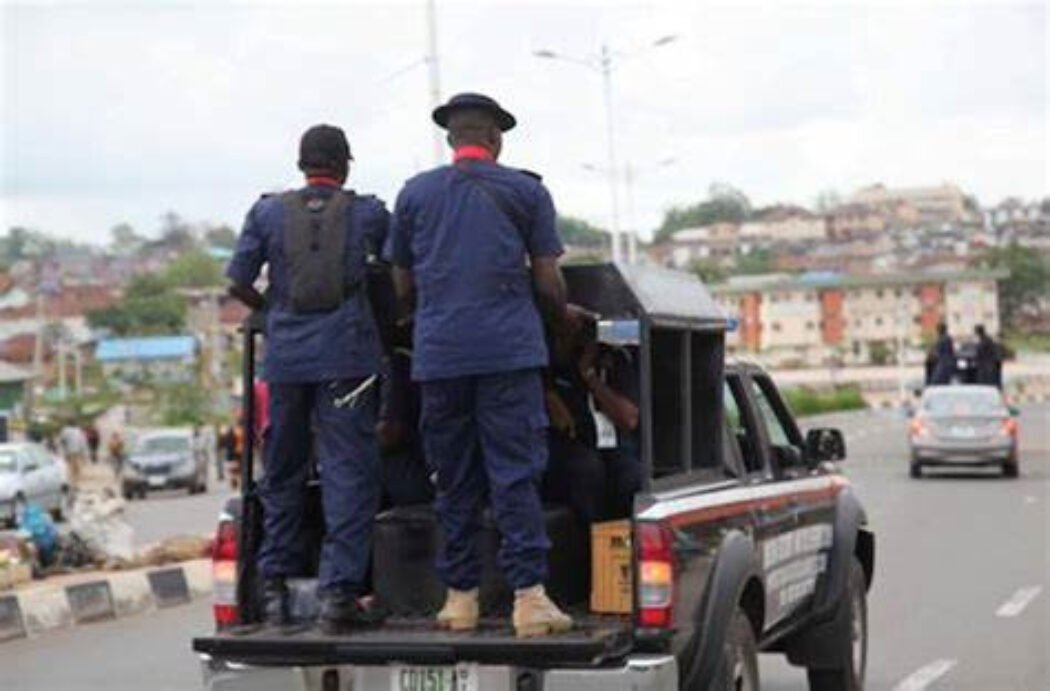 Four suspects have been arrested by the Nigeria Security and Civil Defence Corps over their alleged involvement in illegal dealings in petroleum products.

The suspects identified as Chinedu Owen (34), Mustapha Adamu (36), Isah Adamu (32) and Anas Muhammed, the new corps Commandant in the state, Muhammad Sanyinna, were arrested at Ubakala in Umuahia South Local Government Area junction, along Enugu-PH Expressway while conveying about 33,000 litres of bitumen in a truck.

The new corps Commandant in the state, Muhammad Sanyinna also disclosed that the other suspect was arrested at the same junction conveying 50,000 litres of DPK (Kerosene) in a truck.

“The two trucks were impounded while a passenger car loaded with 800 litres of suspected adulterated AGO was intercepted at Owazah in Ukwa East LGA of the state after some suspects abandoned it on sighting the men of the anti-vandal team who were on routine patrol. Upon interrogation, the arrested suspects have no operational licence, no haulage permit and the products have no purchase receipts. The corps is doing further investigation to unravel the illegality.”

He assured that upon the conclusion of investigations, the suspects would be charged to court for diligent prosecution.

Speaking to newsmen, Owen from Abia State said that he was only transporting a product trans-loaded from a broken down truck in Aba and was heading to Ohafia when he was intercepted at Ubakala junction. He added that his boss; Adamu, had the receipts.

He said he was paid N30,000 to transport the petroleum product whose content he said he didn’t know.