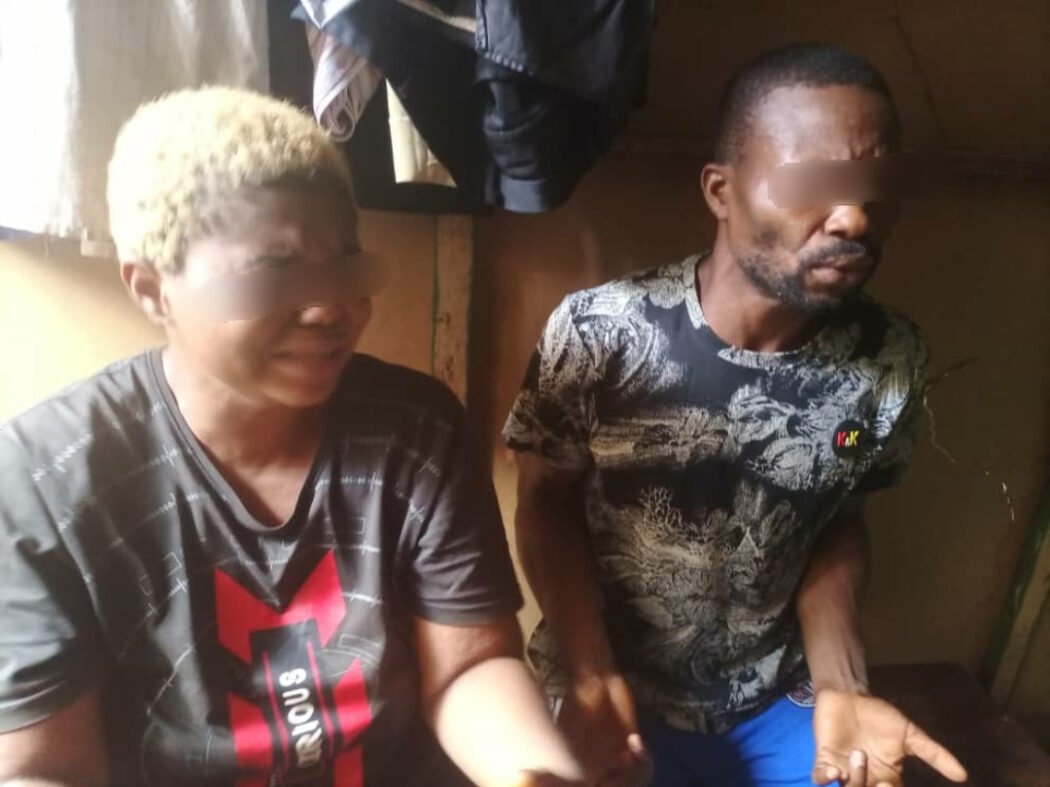 Men of the Ogun State police command have apprehended a couple identified as Godday and Ebere Samuel for involvement in human trafficking.

Information according to the command’s spokesperson SP Abimbola Oyeyemi has it that the suspects were nabbed following a report lodged at Atan Ota divisional headquarters by one Adeniji Okikiolu, who stated that his 16-year-old daughter, Maria Adeniji suddenly disappeared from home on the 16th of October 2022, and while search party was organized to look for her, he was informed by someone that the missing girl was seen with Ebere Samuel the previous day.

“Upon the information, Ebere Samuel was invited to the station, but she vehemently denied ever seeing the missing girl on or before that day.

Not satisfied with her plea of alibi, she was subsequently detained at the station.

But surprisingly, when her husband was contacted, the husband confessed to have taken the missing Maria to somewhere in Lagos for onward transportation to Burkina Faso where she will be engaged as a maid to one of their associates.

Preliminary investigation revealed that the couple has been into the business of human trafficking for sometime now and that their accomplices are in Burkina faso.” he said

He added that the state Commissioner of Police, CP Lanre Bankole has ordered the immediate transfer of the suspects to the Anti-Human Trafficking and Child Labour unit of the State Criminal Investigation Departments for discreet investigation and diligent prosecution.