Mr. Solomon Gimba has mourned his brother, a soldier killed in gun battle with bandits in Kaduna State.

Recall that eleven Nigerian soldiers were killed in an attack by suspected gunmen on a military base in Birnin Gwari LGA of the state.

The gunmen who came in large numbers on motorcycles and carrying heavy weapons including rocket-propelled grenade (RPG), invaded the base at Polwire village on Monday night April 4, and engaged the troops in a fierce gun battle.

Mr Gimba, who is from Southern Kaduna, took to Facebook on Tuesday, April 5, to mourn his kid brother.

“It was a shocking news of your death my kid brother. You died in a battle field by bandits in protecting your fatherland in Kaduna state. Continue resting at master feet. Pray for my family,” he wrote. 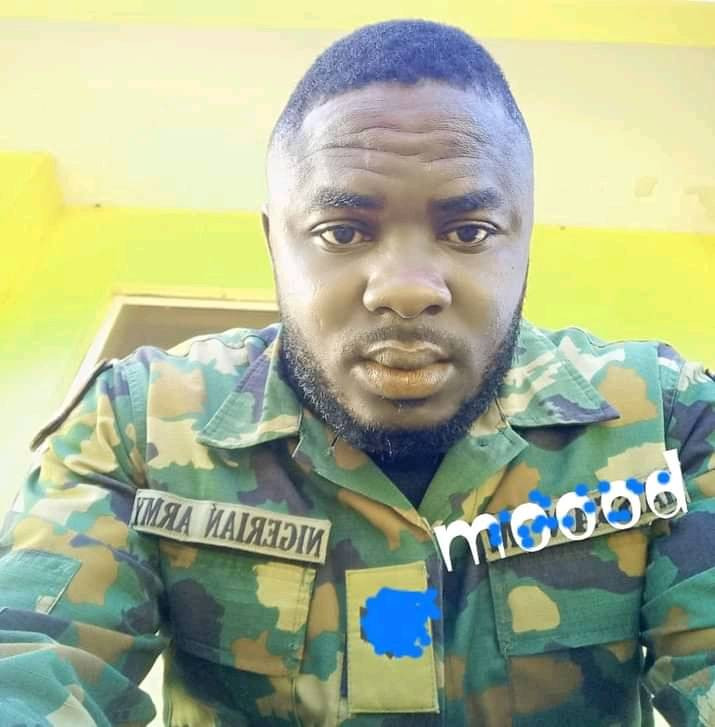 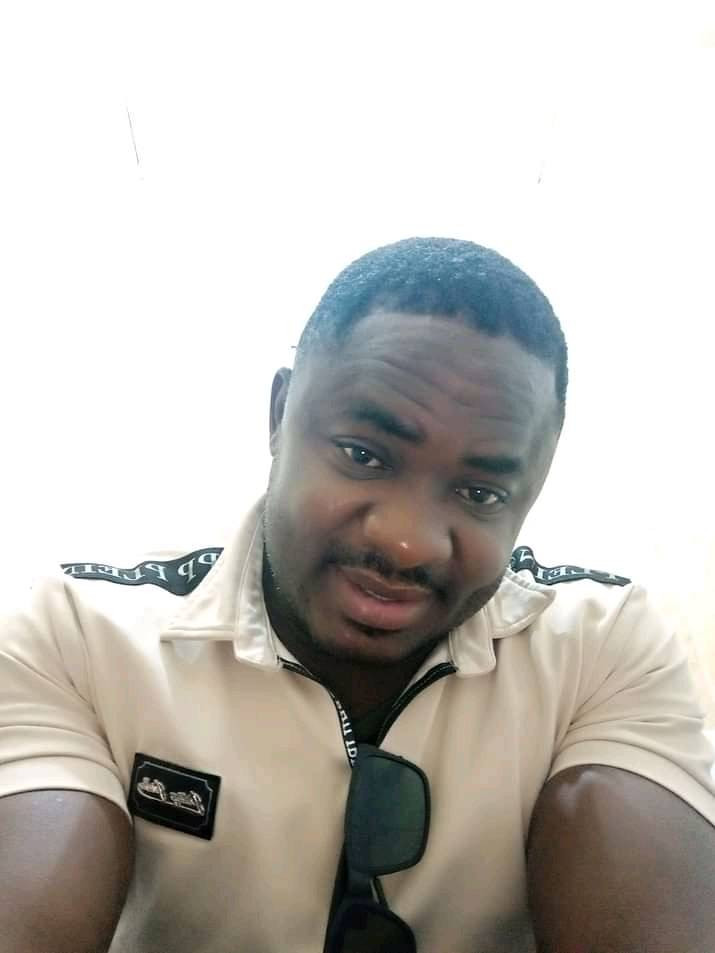 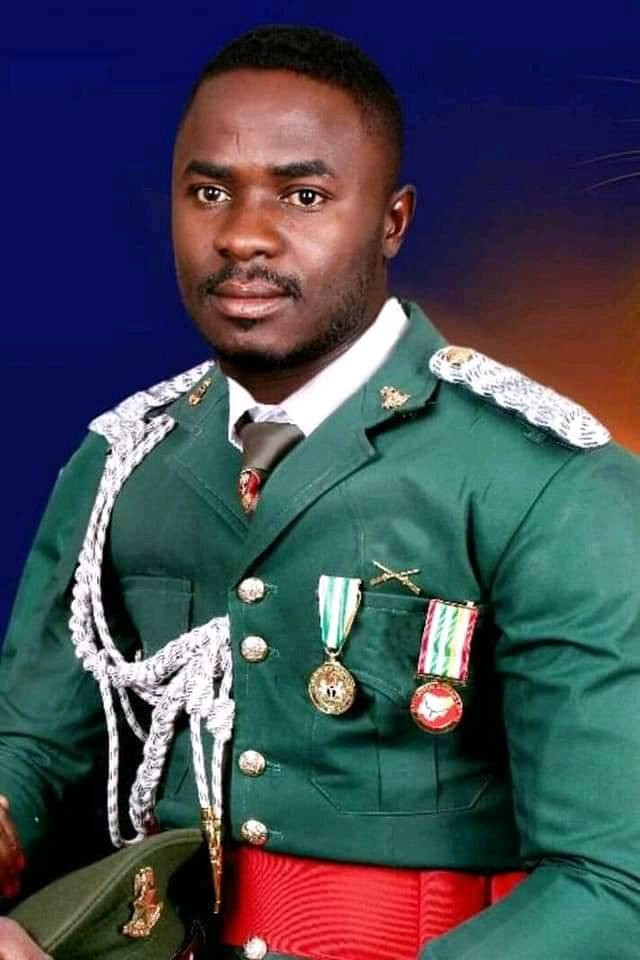 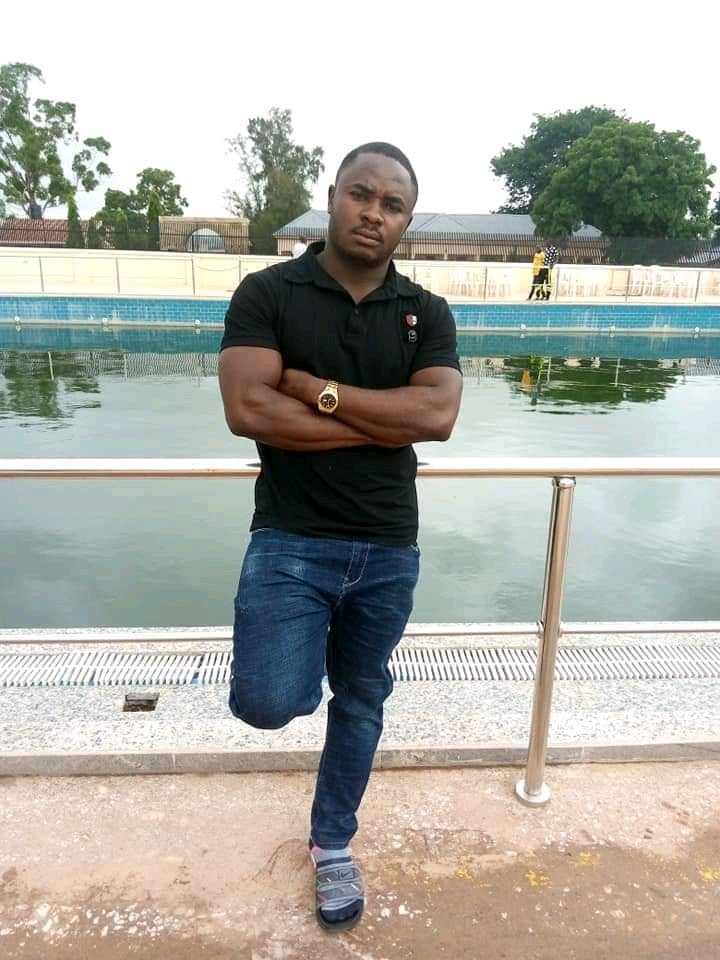 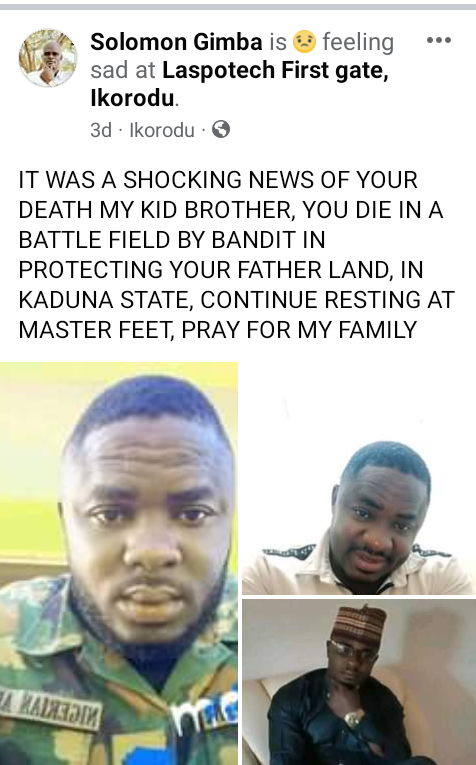 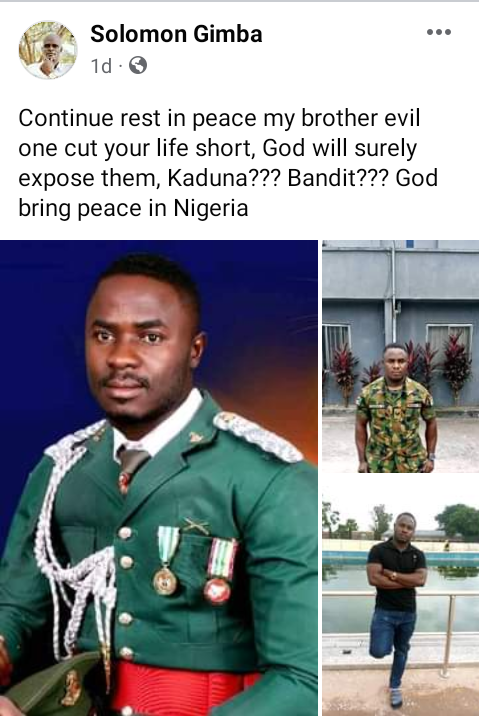