A pickup truck passenger was killed on Sunday, June 19, while two others were injured after a tree fell on the vehicle on a parkway in New York’s northern suburbs.

The accident occurred in the northbound lanes of the Palisades Parkway near Exit 16 in Rockland County at about 4 p.m.

Three people were inside the red truck when it was struck by the falling tree. 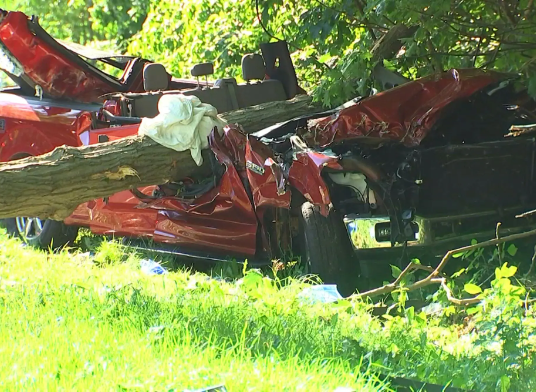 The front seat passenger was killed and the driver and rear passenger were hospitalized.

Photos from the scene show the mangled remains of the vehicle that veered off the road during the accident. 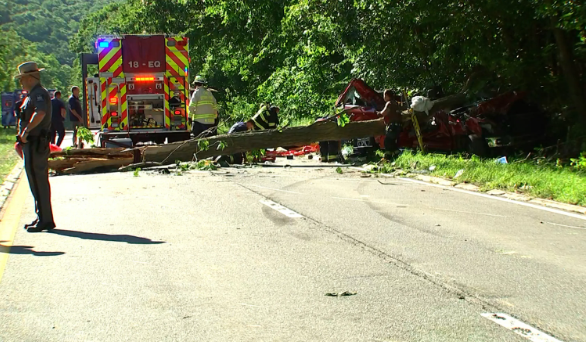 Police closed off the road for several hours as they investigated and cleared the crash.