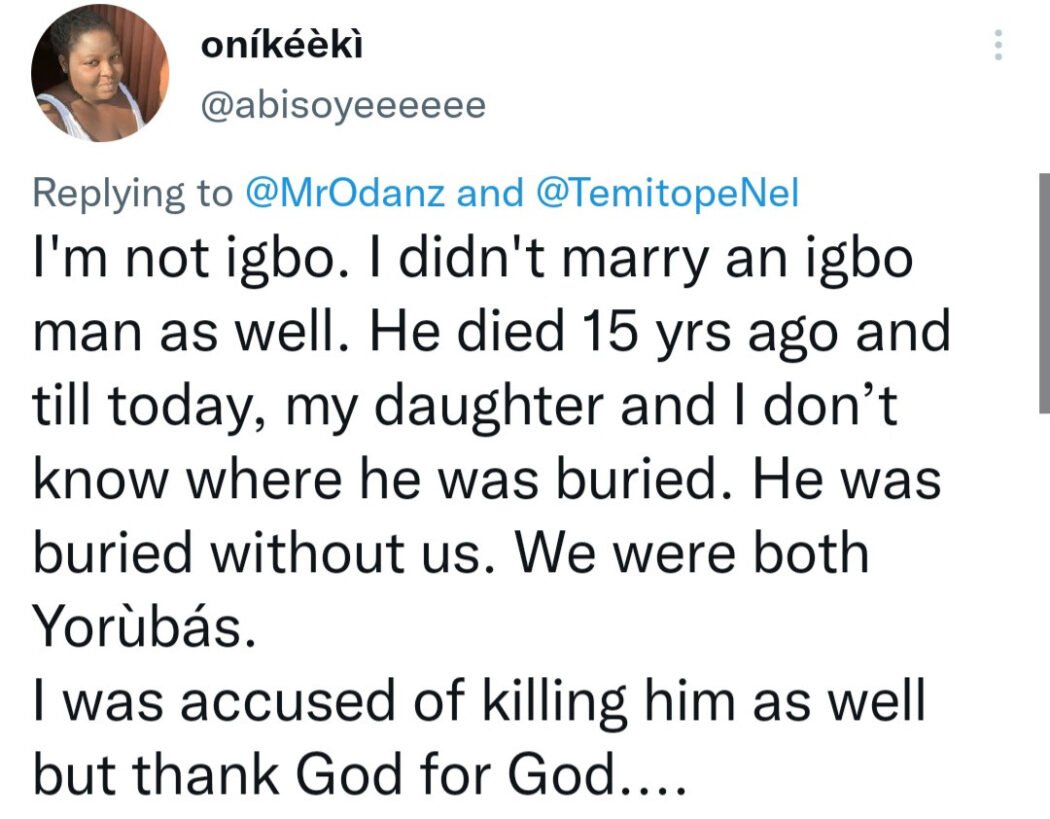 A Nigerian lady has spoken about how her late husband was laid to rest without her knowledge.

The lady with the Twitter handle @abisoyeeeeeee, said she and daughter, do not know where her husband was buried, 15 years after he died. She further stated that she was accused of killing her husband. She added that he was from Abeokuta, Ogun state.

The lady shared her story while reacting to a tweet about a lady whose husband’s brothers took his corpse to their village for burial, without informing her. 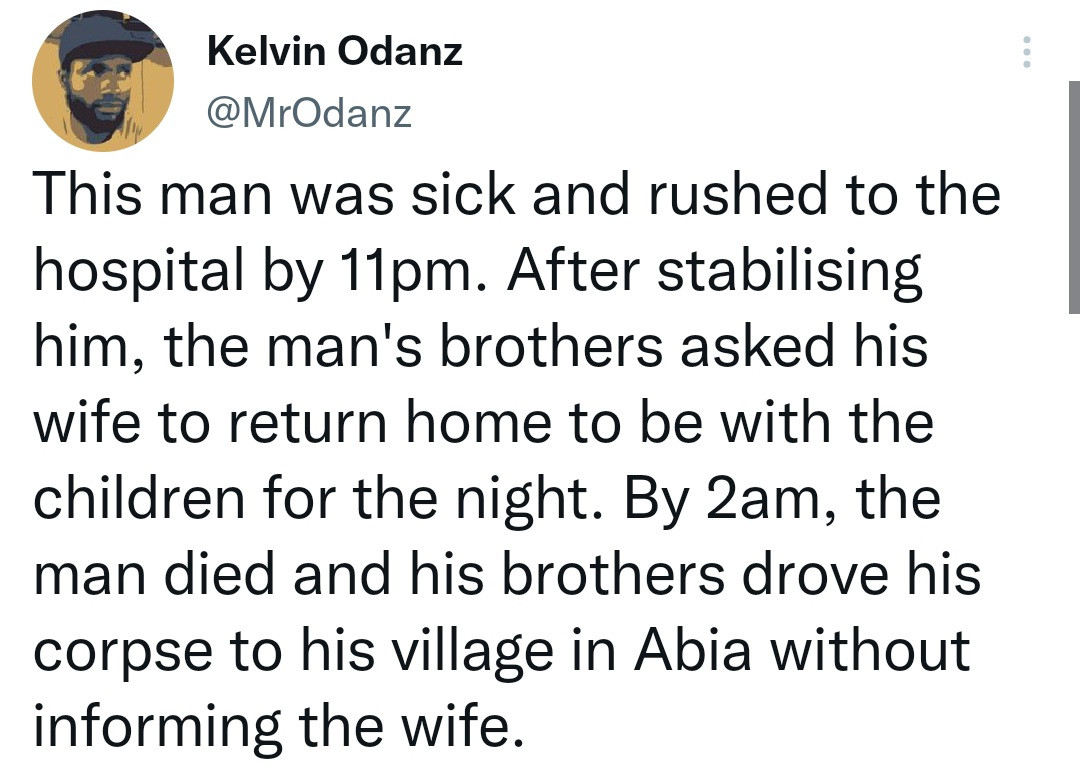 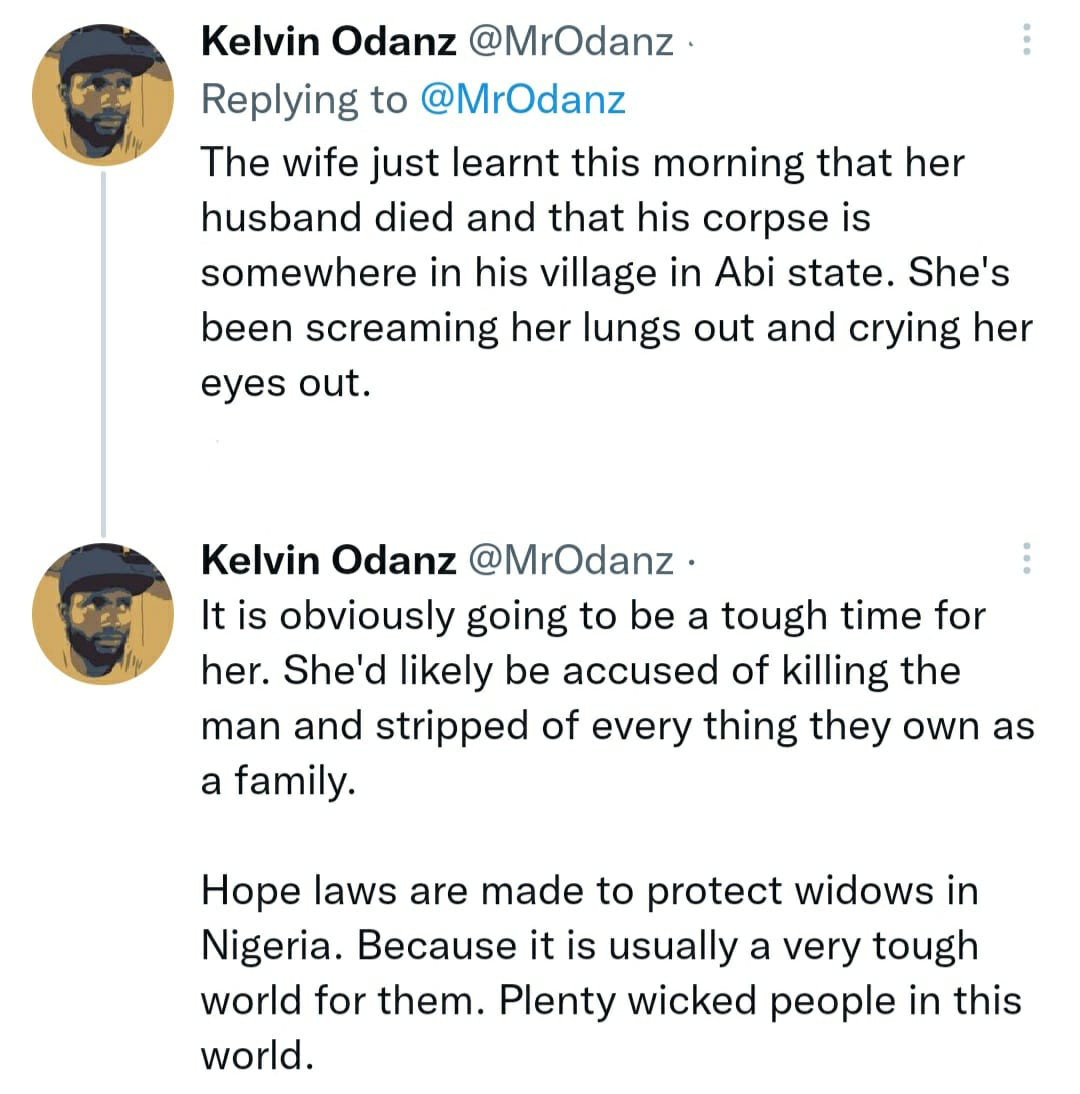 Another young lady stated that her husband passed away five years ago, and to date, she is yet to know where he was buried because she was accused of killing him. 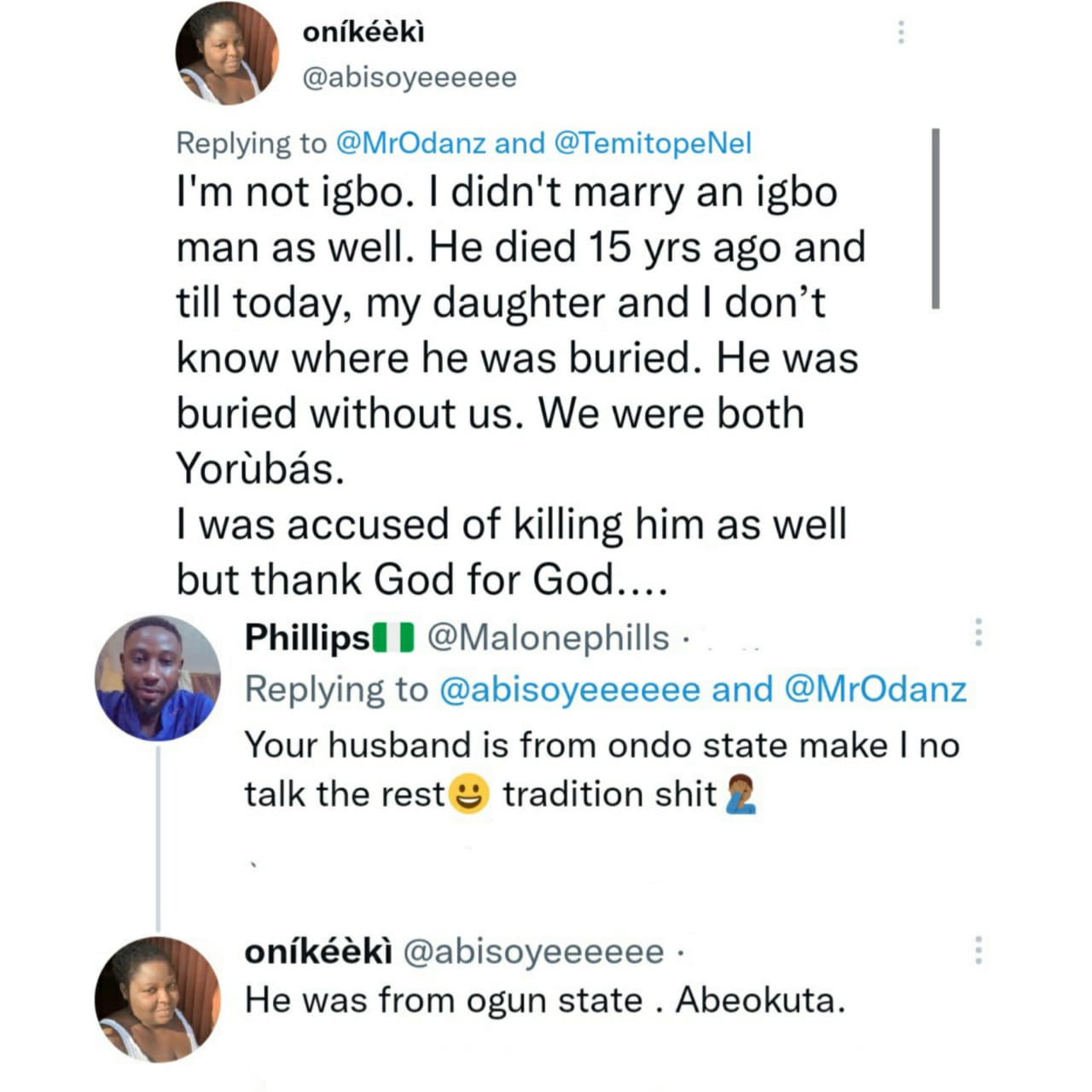 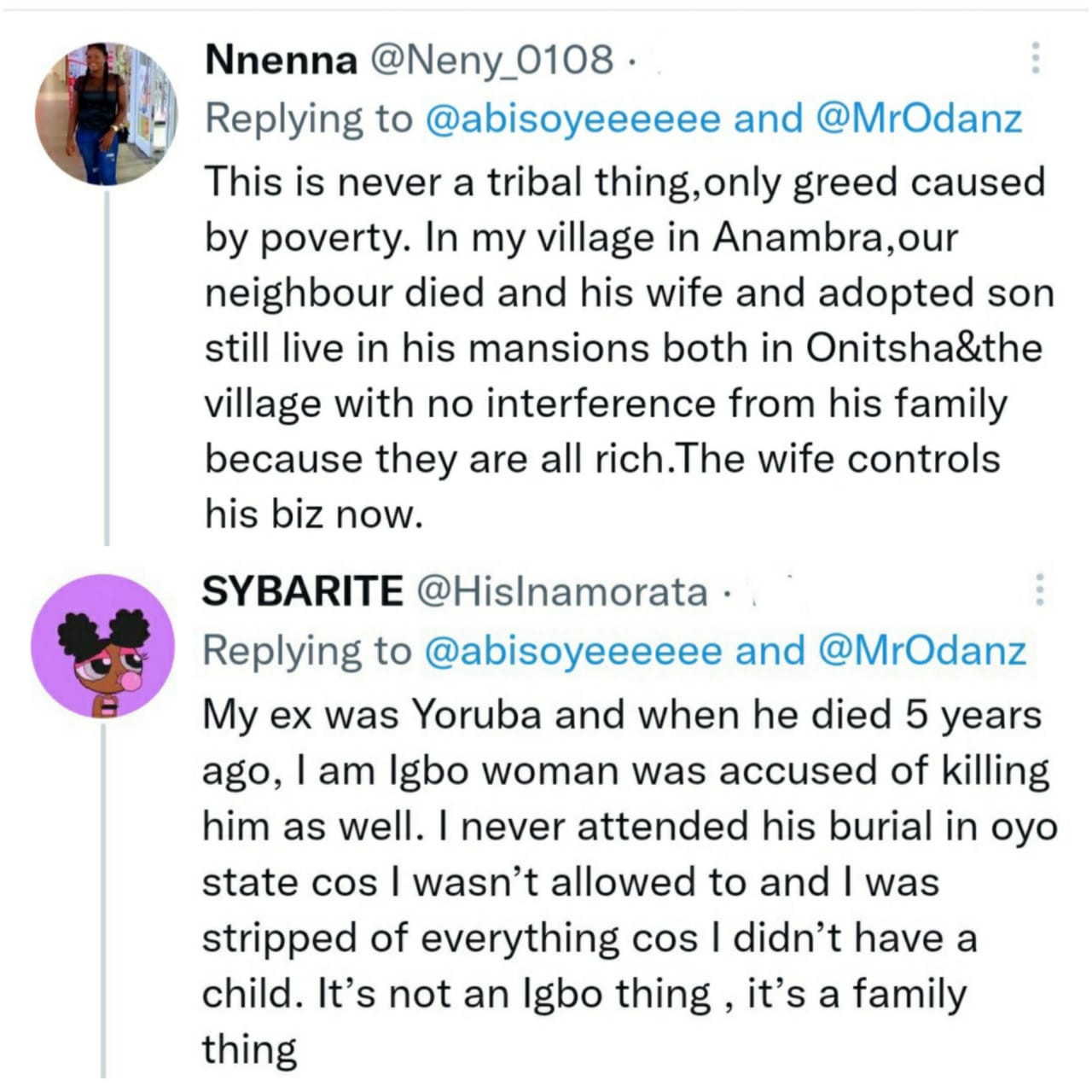