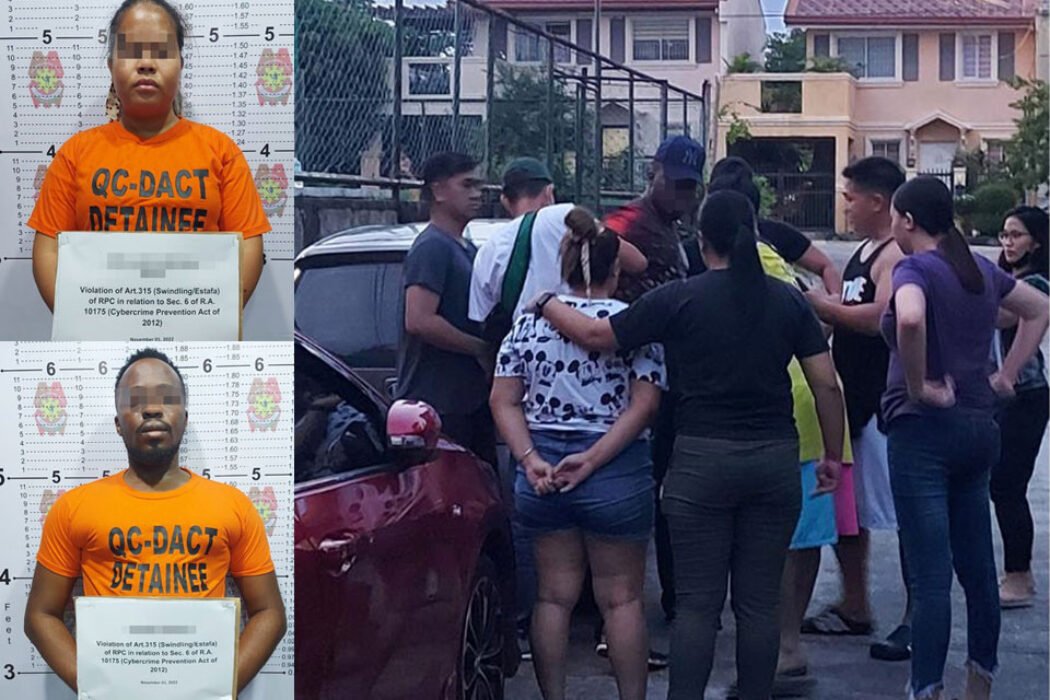 Operatives of the Philippine National Police-Anti Cybercrime Group (PNP-ACG) have apprehended a Nigerian man alongside his lover who are involved in an internet romance scam worth PHP2.2 million in Bacoor City, Cavite.

He said the suspects were arrested in an operation by QCDACT and the Quezon City District Special Operation Unit personnel in Molino, Bacoor City, Cavite on November 1, 2022.

Police said the Nigerian national and Paderan were apparently lovers but that the victim, whose name was withheld by authorities, was also the Nigerian suspect’s lover.

Police said the Nigerian man and the victim met on an online dating app and had been in a relationship since April 2020.

The case stemmed from the complaint of Onuoha’s victim whom he met at a dating site.

According to the victim, her relationship with the suspect started in April 2020. The suspect then introduced himself as a Turkish national named “Demir Balik”.

In the course of their virtual relationship, the victim said the suspect made a lot of promises which she believed.

The suspect managed to convince the victim to send him money, totaling PHP2,282,000.

Police said the money was sent to the bank accounts of Paderan and a certain Cristine Mae Elizares.

The victim said Onuoha told her that he has a dormant account in a bank in the United Kingdom and that he needs money to settle it.

“When the suspect asked for more money from the victim, it was then that she realized that she was being conned and decided to report the incident to our office,” Bernardo said.

The suspects are facing charges of swindling/estafa and abuse of the use of information and communications technology under the Cybercrime Prevention Act of 2012.