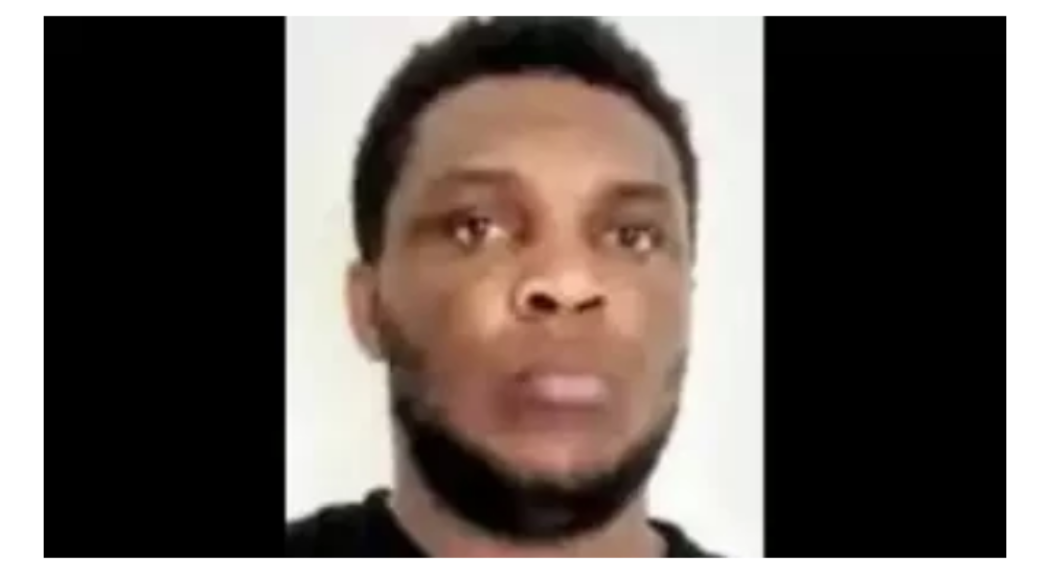 The Special Task Force in Uttar Pradesh, India has arrested a Nigerian man who allegedly duped a 64-year-old retired Aeronautics engineer of Rs 9 lakh (N131m) by posing as a German woman on social media.

The accused identified as Jerome Balla aka Sunday Dumka, 34, was arrested from Delhi on Thursday, September 15, 2022.

STF said that the accused is the member of the gang involved in online fraud, particularly duping older men by luring them into friendship impersonating as women.

The accused posed as a woman on his social media profile and took the money from the victim, a resident of Alambagh, Lucknow, in the name of sending him gifts on her birthday. The man lodged a case with the Cyber police.

ASP, STF, Vishal Vikram Singh, said that the suspect created a fake profile identifying him as Analisa Thompson of Berlin and befriended the victim through Facebook.

Last year, the suspect sent a message stating that ‘she’ wanted to send some gift on her birthday and asked the victim to send his address.

Later, he was told to deposit Rs 3.98 lakh as the final sum which was assessed as charges for getting the gift and foreign money.

“While I was eagerly waiting for the gift, another person sent me a letter asking me to deposit Rs 2.5 lakh and Rs 8.28 lakh,” he said.

He said they took money in the name of RBI charges/fees. He said these e-mails made him cautious and he went to the RBI to inquire about the same and was told that he had been cheated.

ASP Singh said the arrested man was named in several cases of cyber fraud in Lucknow.

During interrogation, the accused revealed that he visited India in 2017. He then married a girl from India in 2018 and has been living in Delhi since then.

The police added that the accused created several IDs on various social media platforms and used to display pictures of foreign people to trap the victims.

The accused befriended the victims by impersonating as a man or woman from America, Germany or elesewhere.

He even talked to them on phone by using voice changer software. With a promise to marry the victims, the accused vowed to send them lavish gifts.

Later, he would call them up as a Customs officer and pressure victims to pay ‘customs duty’ on the items received.

According to the police, the accused also duped people by threatening to trap them in money laundering case and asked them to send money to various bank accounts.