A man took to Twitter to call out a woman who ordered 35K worth of food when he told her he would pay for her meal.

He revealed that the lady asked him to buy her lunch and he told her to order and send the bill.

She went ahead to order a 5 litres container of rice worth N35K and delivery of N2K, making it N37K she expected him to pay.

He accused her of greed and asked what she’s doing with that much food.

The woman responded, slamming him for sharing just one side of the story while ignoring the part where he requested that she sends him her nude photo.

She also claimed he was the one who texted her first to initiate a meeting but he made it look like she reached out to beg him for lunch.

She accused him of calling her out “just because of p**sy”.

See his tweets and her response below. 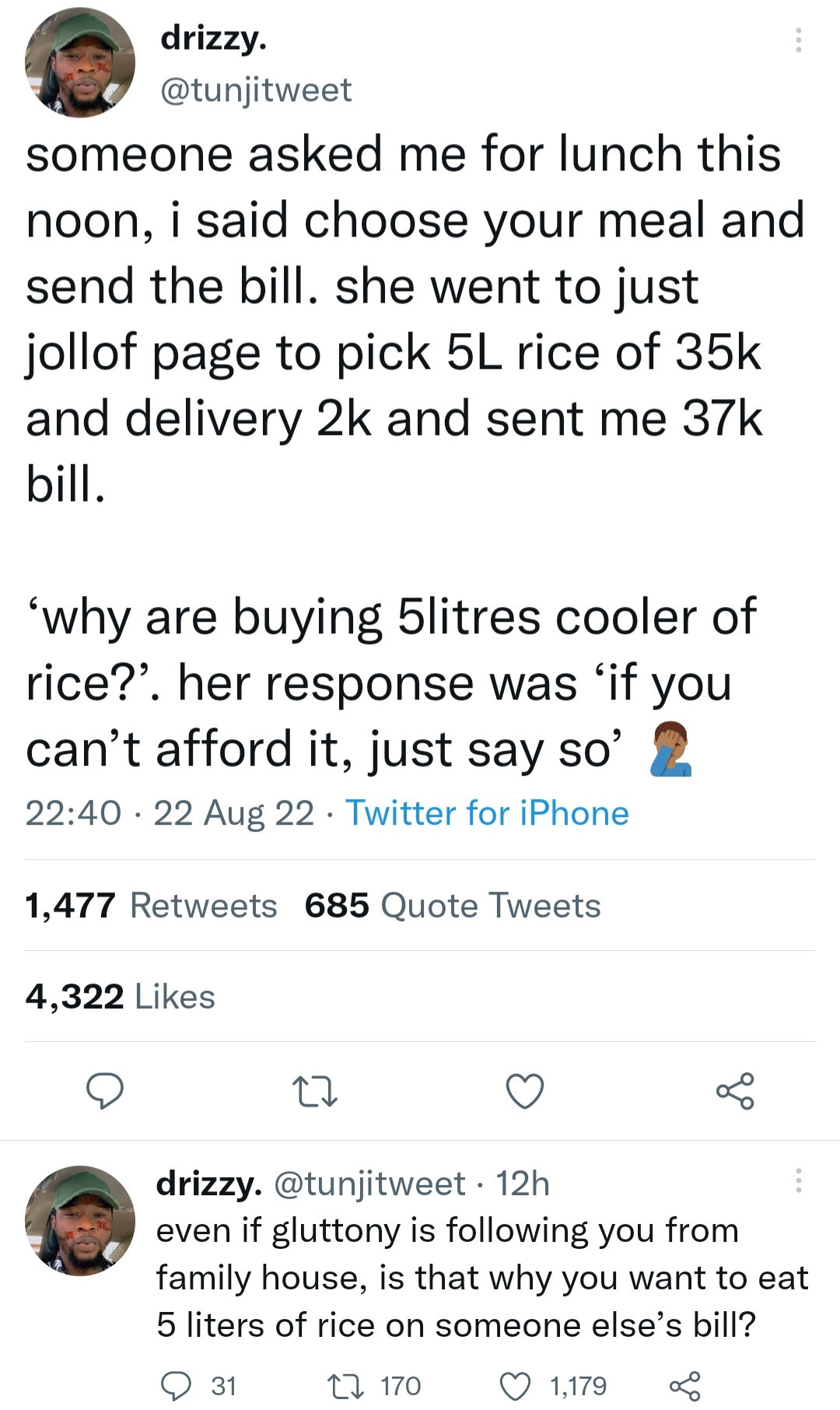 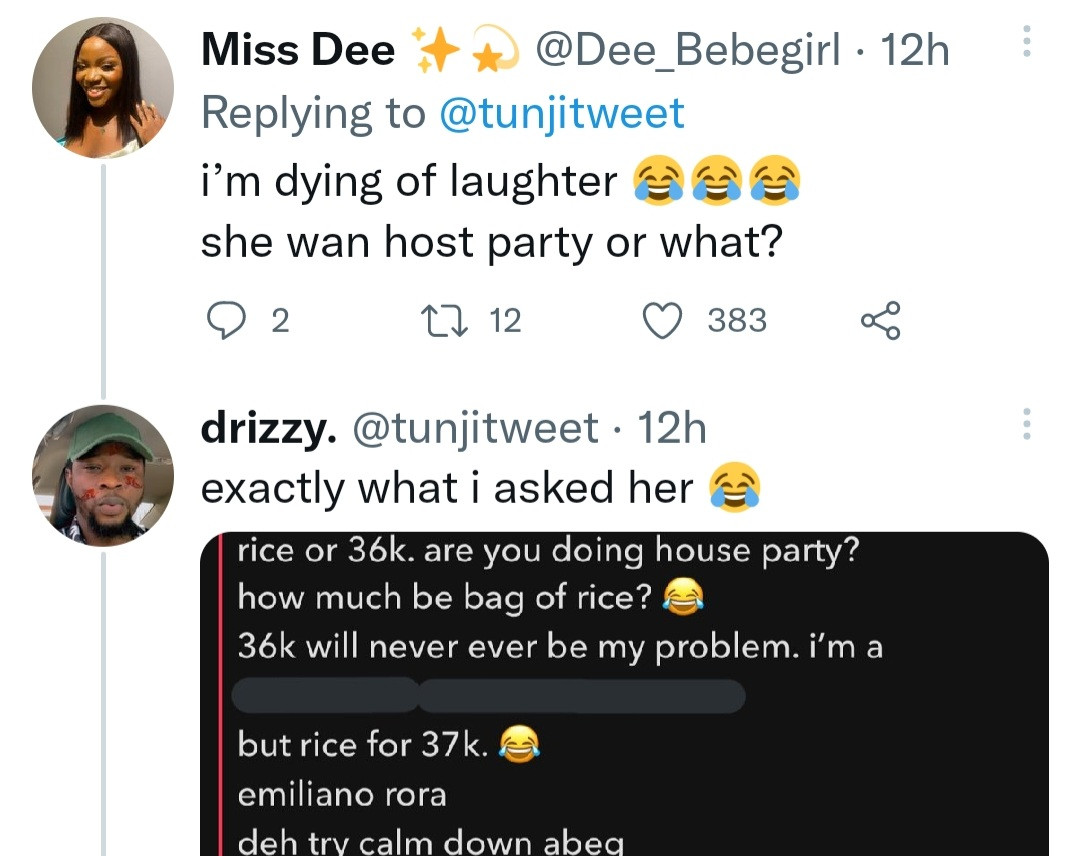 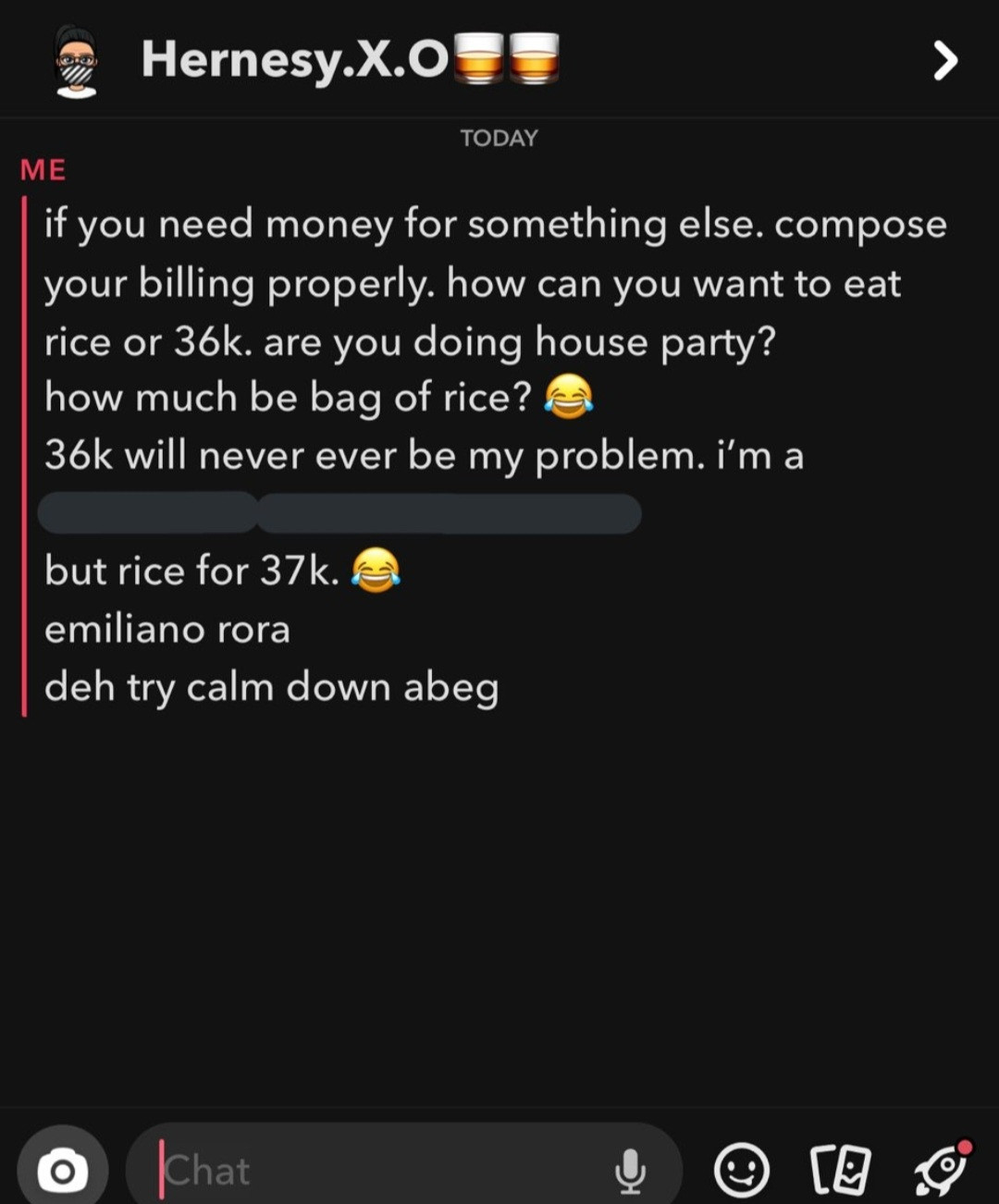 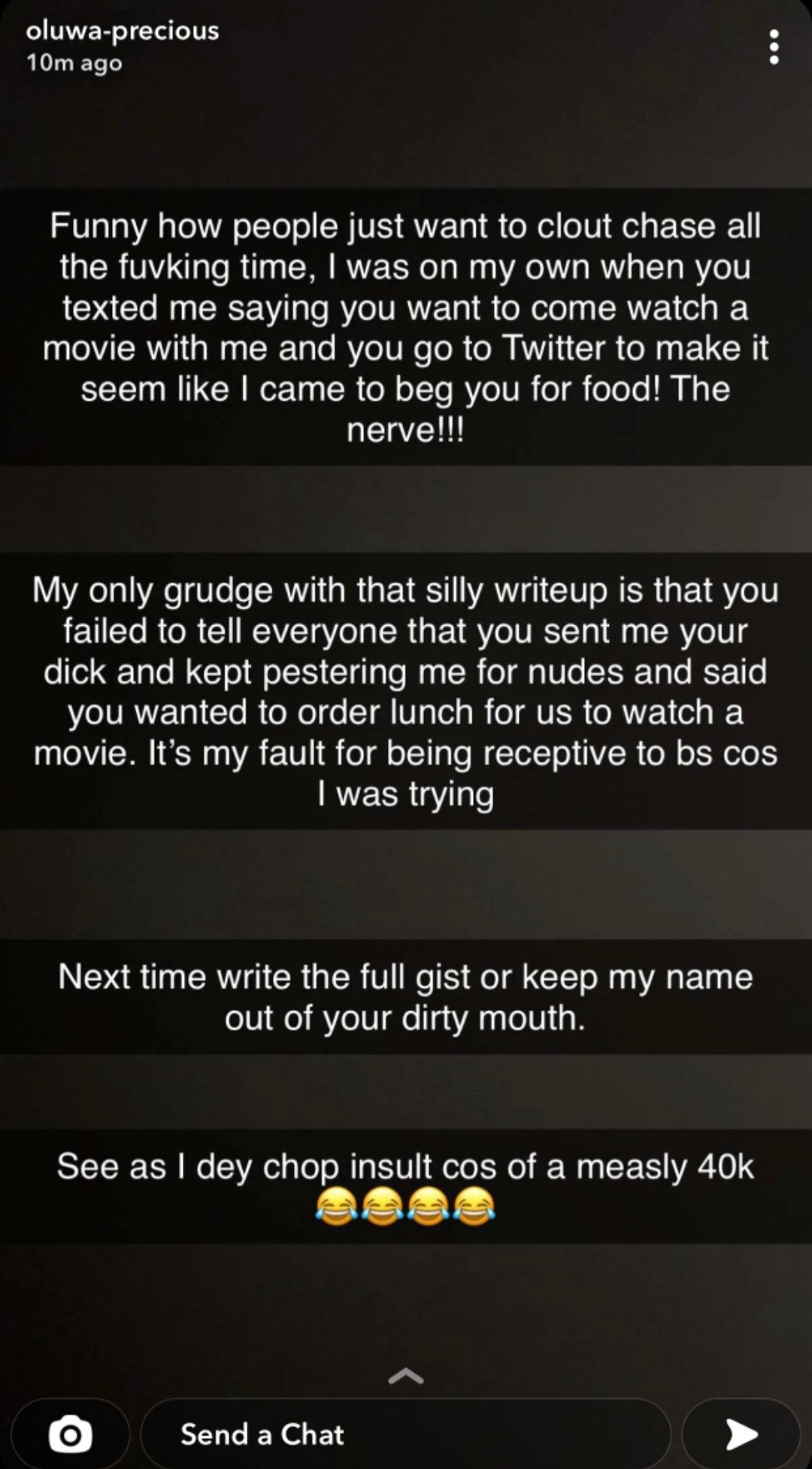 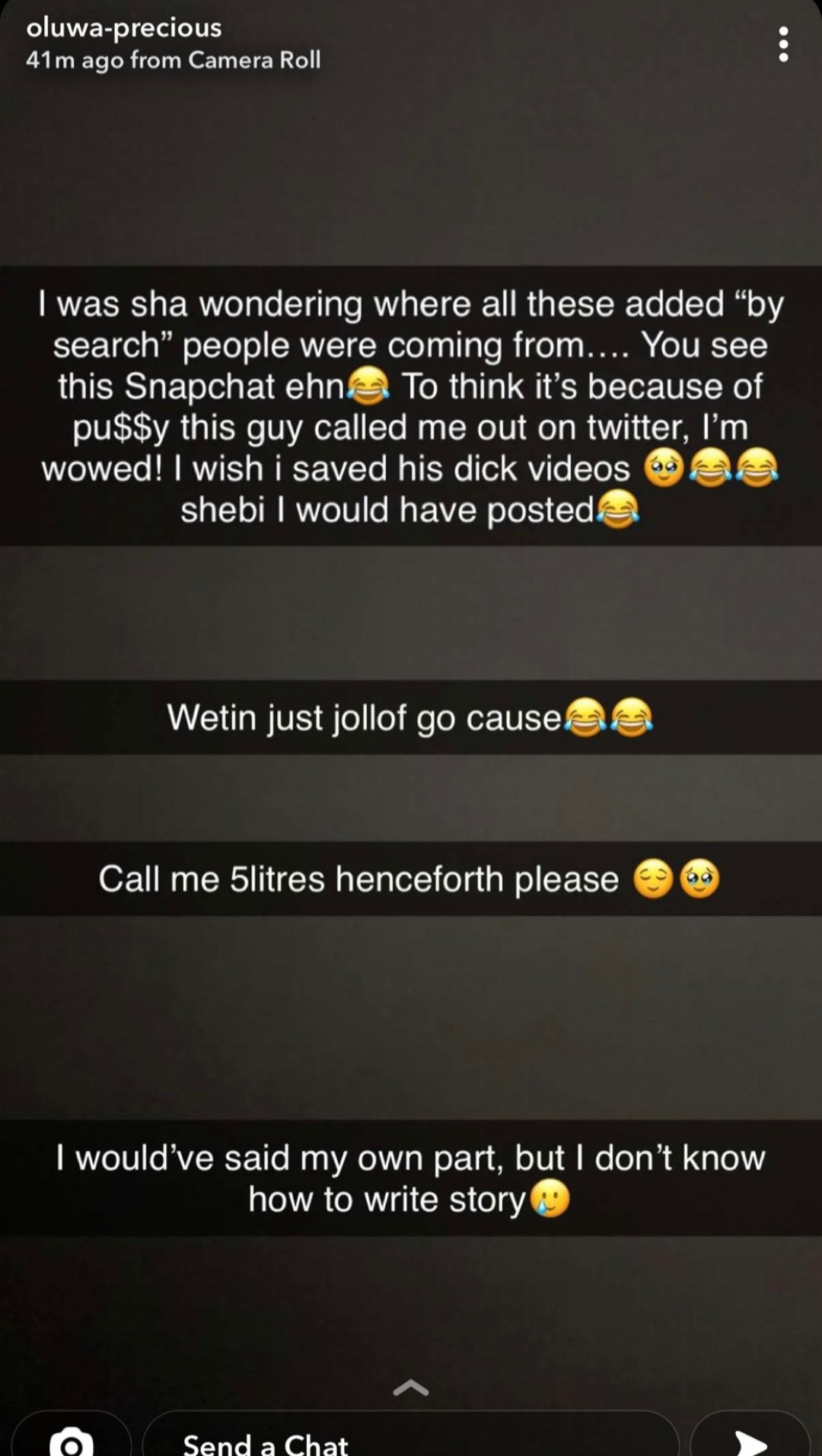