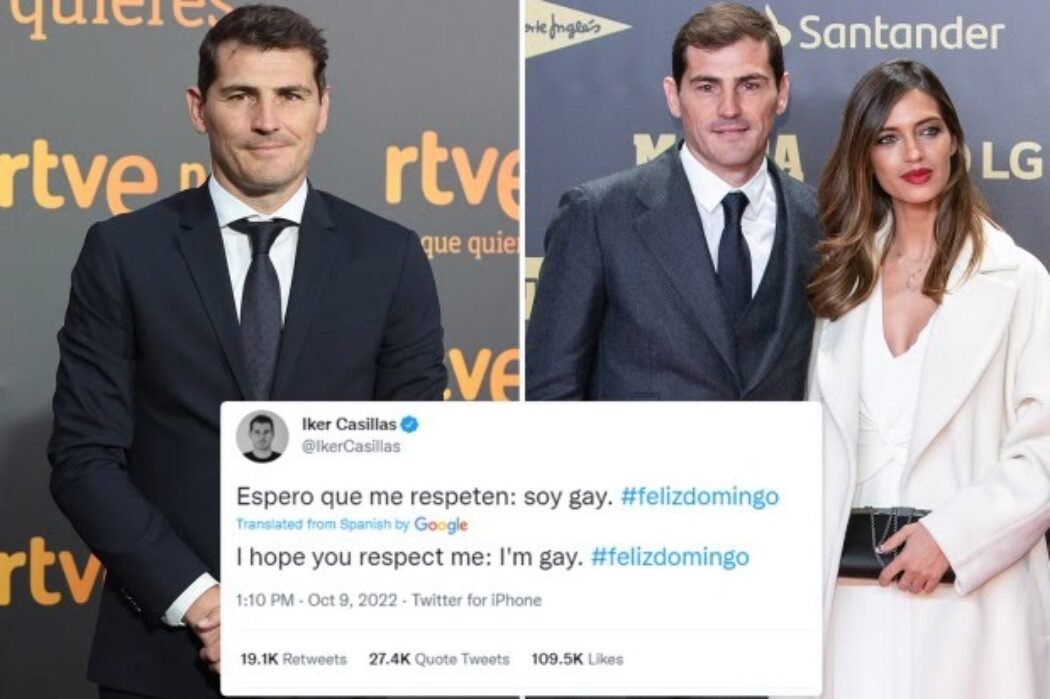 Real Madrid and Spain legend Iker Casillas has come out as gay via his official Twitter page this afternoon. The 41-year-old former goalkeeper, one of the greatest of the modern era, has become surely the most high-profile player to ever publicly come out.

See below as Casillas tweeted his news, calling for ‘respect’ from followers and fans… 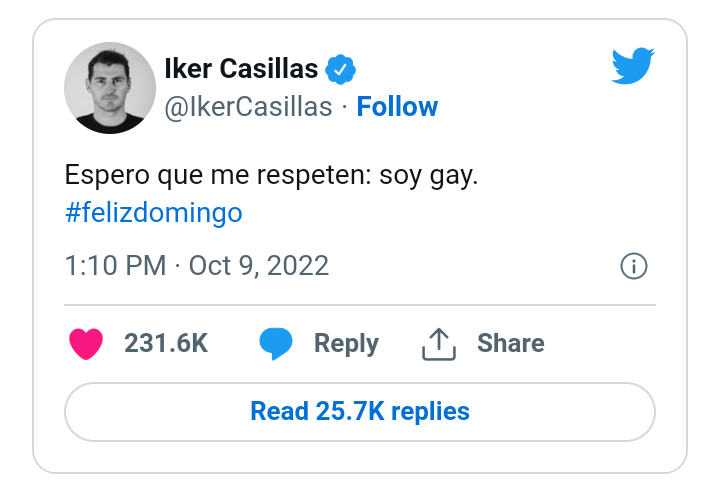 Casillas was married to Sara Carbonero between 2016 and 2021, and they have two children together, but Casillas has now bravely told the world his real story.

The former goalkeeper played for Real Madrid for 16 years, winning a number of major honours such as five La Liga titles and three Champions League crowns.

Casillas also won the World Cup and two European Championships with the Spanish national team, making 167 appearances for his country in total.