Amou Haji, an Iranian national nicknamed the “dirtiest man in the world” for not having a bath for decades has passed away at the age of 94.

Haji, who avoided taking shower for about 60 years and was single, died on Sunday, October 23, in the village of Dejgah in the southern province of Fars, IRNA news agency reported on Tuesday, October 25.

Haji had avoided showering over fears of “getting sick”, the agency quoted a local official as saying.

However, a few months ago, villagers, who were fed up, had taken him to a bathroom and forced him to shower.

Mr Haji had an aversion to soap and water. He said he hated even the thought of bathing.

Mr Haji previously said that he chose this way of life after experiencing emotional setbacks in his youth. Since then he became isolated.

As well as cleanliness, Mr Haji also had an aversion to fresh food and drink. His favorite food was rotten porcupine, and he would choose to drink water from a rusty oil can.

Amou Haji also liked to smoke animal faeces out of an old pipe, rather than tobacco. 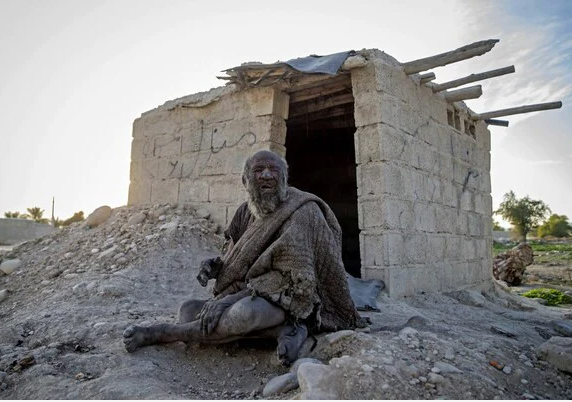 Mr Haji had spent most of his life in Dejgah village in the province of Fars in southern Iran.

Concerned locals built him an open brick shack to live in after seeing that he was sleeping in a hole in the ground.

A short documentary film titled “The Strange Life of Amou Haji” was made about his life in 2013, according to Iranian media outlets.

Months after being made to shower, Mr Haji passed on at the age of 94.