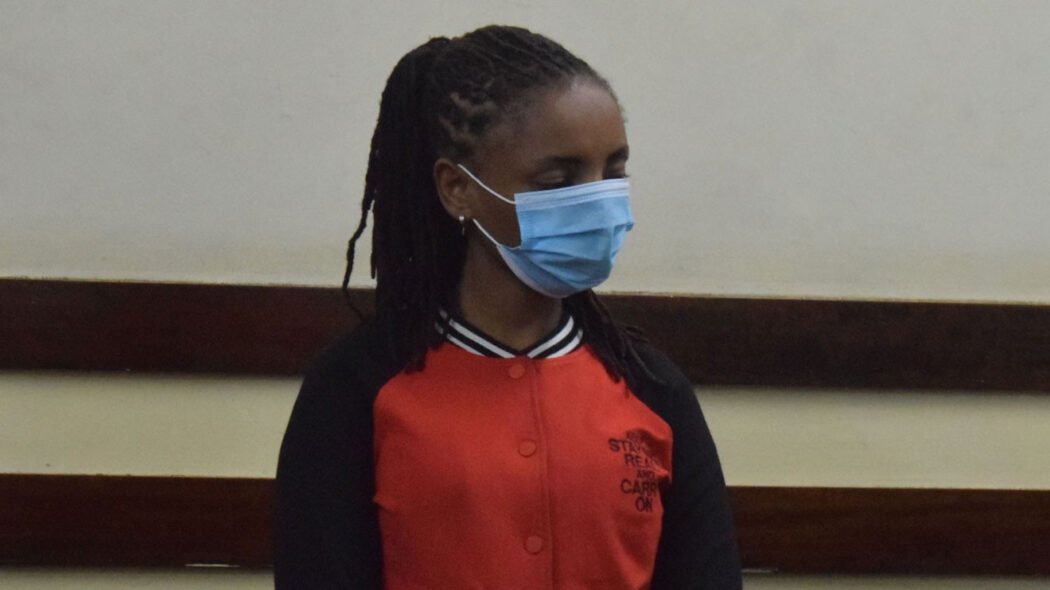 A young lady who is alleged to have stolen a mobile phone and cash from a man she had met at a popular nightclub in Nairobi city centre after spiking his drink has been arrained with theft.

The lady, Rahab Wanjiru, appeared before the Makadara Law Courts in Nairobi on Thursday, December 1, where she was charged with stealing the mobile phone worth Sh29,500 and Sh1,500 in cash from Mr Simon Mwai Kimiri at the club located along Tom Mboya Street on November 18, 2022.

The court heard how Mr Kimiri met Ms Wanjiru around 3am on the said at the club where he had gone for a meal and drinks.

Mr Kimiri had spotted Ms Wanjiru seated alone at a nearby table and invited her over to join him at his table, then ordered food and drinks for her.

When they finished their meal and drinks, they went to look for accommodation outside the restaurant and ended up at a lodging along River Road.

After they had checked into the room, Ms Wanjiru reportedly told Mr Kimiri that she wanted more beer. The two went out and Mr Kimiri bought one more beer and they returned to the room.

According to Mr Kimiri, he went to the bathroom and upon return, he found that Ms Wanjiru had served the beer in two plastic cups. They took the drink after which he lost consciousness.

He said he was woken up the next day by the room attendant around 3pm with his mobile phone and the cash missing. Mr Kimiri reported the matter at Kamukunji Police Station.

On November 29, he returned to the same nightclub where he found Ms Wanjiru. He alerted police officers on the patrol who arrested Ms Wanjiru and took her into custody at Kamukunji Police Station.

The accused denied the charges before Senior Principal Magistrate Mary Njagi and was released on a cash bail of Sh30,000.