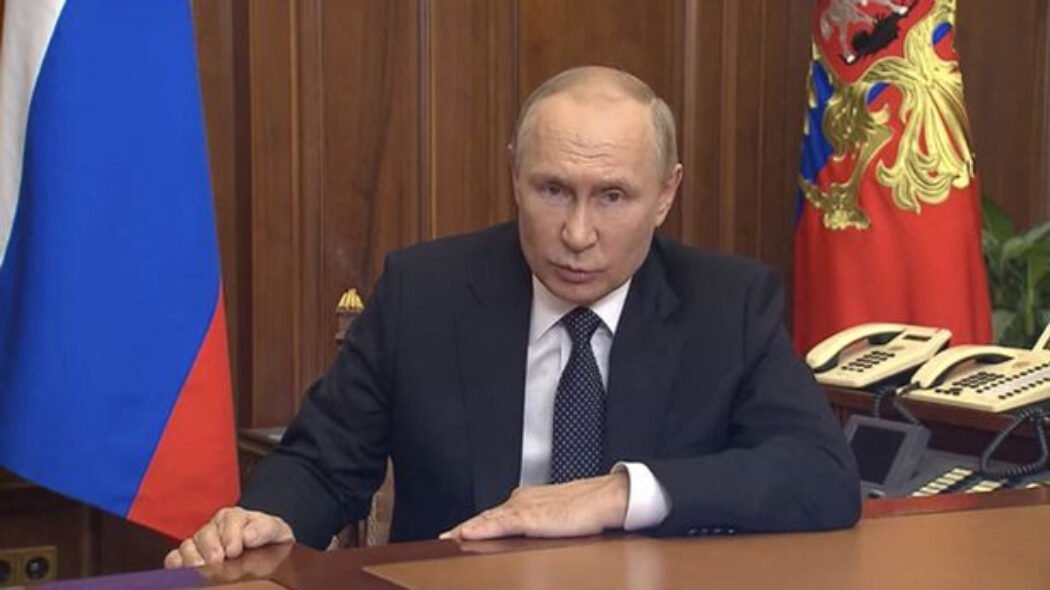 The US has said it is taking “seriously” president Vladimir Putin’s threats to use nuclear weapons to defend areas that Russia will claim as its territory in Ukraine.

US Department of Defense spokesperson, John Kirby said the US was not changing its “strategic deterrent posture”, towards Russia but that Putin spoke irresponsibly when he warned his country would use all the means at its disposal to protect its territory.

Putin’s warning on Wednesday, September 21, came as four Ukrainian regions part-occupied by Russian forces are about to stage referendums on joining Russia.

Ukraine and its allies call these votes a sham exercise, designed to give legitimacy to an illegal annexation but Moscow claims the referendum will allow Russian speaking Ukranians decide their future.

“It is a dangerous precedent for Putin to be using this kind of rhetoric in the context of a war clearly that he’s losing inside Ukraine,” National Security Council spokesman Kirby said

“We have to take these threats seriously and we do… We’ve been monitoring, as best we can, his nuclear capabilities, I can tell you that we don’t see any indication that we need to change our strategic deterrent posture at this point.”

Kirby dismissed plans for Russia to annex further parts of Ukraine as “nothing more than a ploy by Vladimir Putin to try to gain… through politics and electoral issues, that which he cannot gain militarily”.

“But it’s not going to work,” he said. “No one’s going to recognise it. And what needs to happen is Mr Putin needs to leave Ukraine. He needs to stop this war.”

In his speech on Wednesday, Putin also announced a call-up for 300,000 reservists in a move analysts say is a sign that Russia’s forces in Ukraine are struggling to hold on to the strip of territory they occupy in the east and south.